What is the Kinetic Energy of an Average Skier? Free Calculator 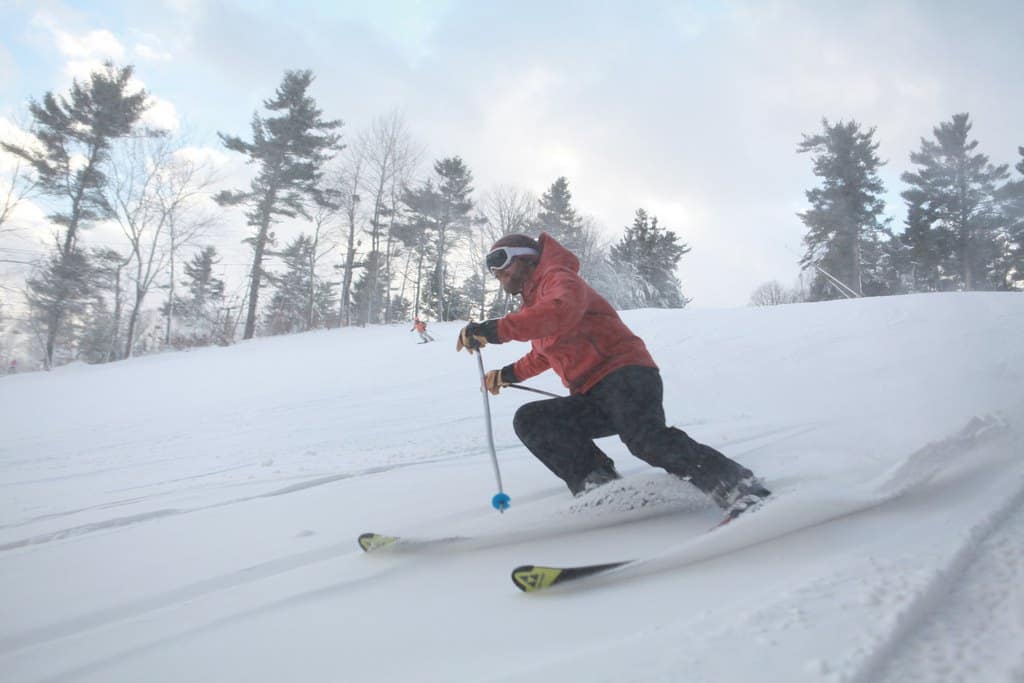 Photo by John Alzapiedi. We may collect a share of sales or other compensation from the links on this page.

It’s no secret that there is a lot of energy involved in skiing. If you’re wondering just how much energy an average skier might have – you need to know their speed and weight.

The kinetic energy of an 80-kilogram skier moving at 50 kph would have approximately 7.71605 KJ of kinetic energy. If this speed is doubled to 100 kph, their kinetic energy is quadrupled to 30.8642 KJ. A heavier and faster skier has more energy.

What is Kinetic Energy?

Kinetic energy is the energy demonstrated by a moving object – people included. It occurs as a transfer of one form of energy into movement.

Like with all physics, kinetic energy is subject to its formula. And here it is:

The kinetic energy of an object is a result of the variables in question.

The ‘v’ stands for the velocity of the object. This is where the kinetic energy of the 55 kg skier can increase.

You might now have noticed we have a slight problem, we don’t know the speed of our skier, so we can’t work out their kinetic energy!

Just for interest’s sake, let’s use 50 kph, which is a typical speed for an average skier moving at speed. That means the skier has 5305 J of kinetic energy.

What Happens to Kinetic Energy When Speed Doubles?

Now that we know what the variables are, we can figure out how they affect kinetic energy.

If either the mass or the velocity increase, the kinetic energy does as well. This is particularly true of velocity because it is squared.

This means that if the speed of the skier doubles, the kinetic energy quadruples! In the case of our previous example, the velocity becomes 100 kph, which is getting fast even for a pro! Our skier then has a kinetic energy of 21219 J.