Switching from Snowboarding To Skiing? What Can You Expect? (Surprising Challenge) 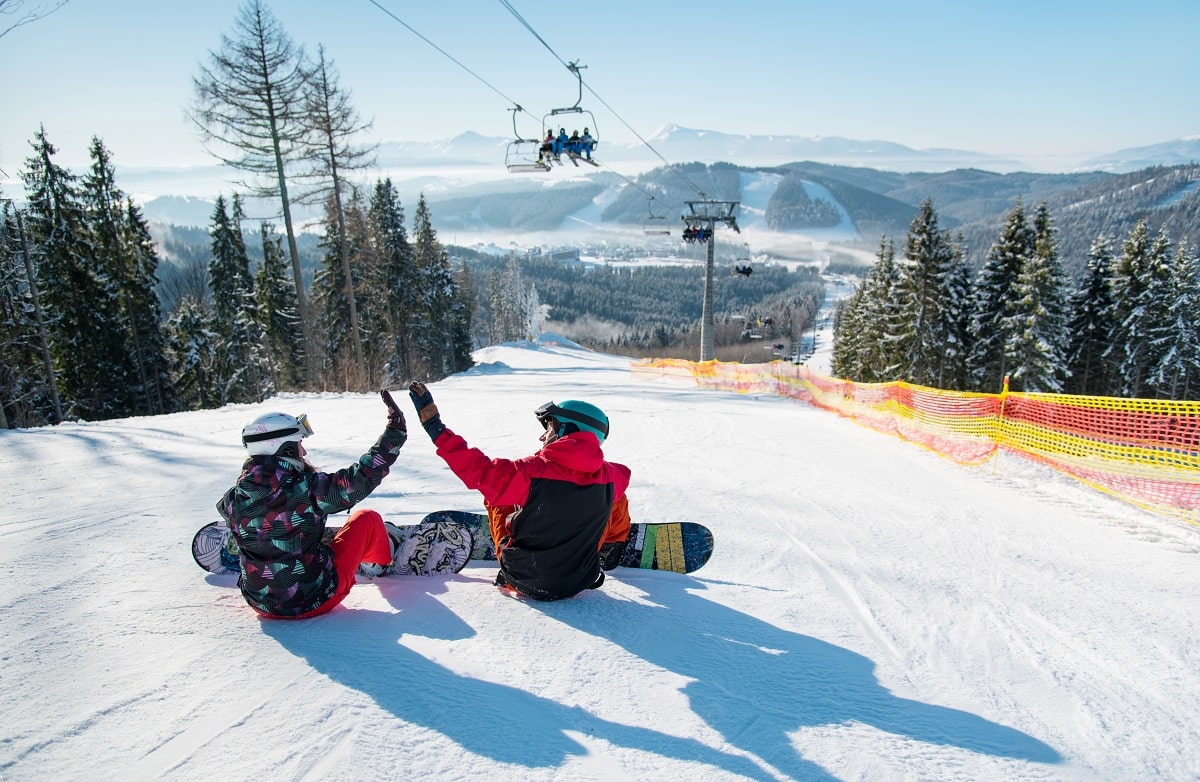 While there are plenty of comparisons between snowboarding and skiing, there are also a surprising number of differences. This can make switching from snowboarding to skiing a challenge, but just how different are they?

In general, skiing is easier to learn, less demanding on the body, and it requires a more upright stance. Ski boots are much less flexible, and different muscle groups in the legs are used. If you’re switching, you’ll quickly get used to these differences.

For those making the switch, there is plenty that you need to know. However, with all the information you need the transition should be a smooth one.

What Are The Main Differences?

Snowboarding and skiing have some similarities, but they are actually quite different disciplines. If you’re thinking of making the switch from snowboarding to skiing, here’s what you can expect.

First of all, skiing requires a more upright stance than snowboarding. This can take some time to get used to, but it will eventually feel natural. Secondly, skiing is much easier on the legs than snowboarding. With snowboarding you’ll find that your quads and calves take quite a pounding after a day on the slopes.

Key Takeaway: Thirdly, skiing is much more forgiving discipline than snowboarding when it comes to mistakes. It’s much easier to recover from a skiing fall, and you’re less likely to injure yourself.

Skiing is more forgiving because your boots will detach from the bindings after a certain level of force. With snowboarding your boot will stay locked onto your board even during a fall.

Often, skiing is regarded as easier than snowboarding, so you shouldn’t have too much trouble with the transition from snowboarding.

You Will Start as a Beginner

One of the key mistakes that snowboarders often make is thinking that skiing will be easy to learn and that they will pick it up straight away. While a snowboarder will learn much quicker than someone with no skiing experience, there are no guarantees a snowboarder will quickly adapt to skiing.

In making the transition it’s best to use all available resources, which includes lessons and plenty of practice on beginner slopes. Even though you are familiar with winter sports, you should treat skiing as a completely new discipline.

Advice: The techniques, equipment, and postures in skiing will be totally different from snowboarding. Hence, starting from scratch is the best angle to approach skiing from, as opposed to trying to adapt your snowboarding technique.

Having said that, a snowboarder will learn skiing faster than someone who has no boarding experience. Your knowledge of body movement, what it feels like to slide on the snow and your confidence on the slopes will all help a lot.

As a snowboarder, you will find ski boots quite uncomfortable when wearing them for the first time. Snowboarding and skiing use different types of foot and ankle movements and consequently the boots are different.

Ski boots are designed with firm plastic so that our ankles and feet are restrained and protected while skiing. Ski boots are comfortable on slopes but walking on flat ground is more difficult because the boots are so rigid (boots with walk mode do help with this). The two different types of boot are quite different and consequently take some getting used to.

While switching from snowboarding to skiing, it’s advisable to get some skiing lessons. In the beginning, you will be shown how to adopt a good stance and some of the basic maneuvers.

You will be initially trained on the beginner slopes. If you’d rather not get lessons in a group, you can also get a private instructor. With your snowboarding knowledge, your progression would be rapid with a private instructor, although you would of course pay more.

It’s best to learn the basics of ski movements, have some patience and progress at the rate that feels right for you. You’ll be tempted to head up on those blue and black slopes as quickly as you can but hang back and master your technique first.

As a beginner skier, you may struggle to balance correctly at the start. Since a snowboarder keeps their feet on a single board, this sudden change to controlling two skis is a big change. Similarly, a snowboarder has their feet perpendicular to the board as well, in comparison to a skier who has their feet pointing straight ahead.

It’s very useful to conquer the snowplow/wedging technique early on, which will give you good balance and control, and also introduce you to turning. Beginner skiers use this technique so they don’t accelerate too quickly. It allows a skier to navigate the slope in a controlled way.

When skiing, you need a more upright stance compared to on a snowboard but you will also need some flexibility in your knees. Snowboarders can find themselves slipping into their old habits with stance, which can lead to a tumble.

The muscle groups used in snowboarding and skiing are significantly different. Skiing requires more use of the quadriceps, which are the muscles in the front of the thigh.

See Also:  Are Expensive Ski Goggles Worth It? (It Depends)

Snowboarding, on the other hand, uses more of the muscles in the back of the leg, such as the calves and hamstrings. The different muscle groups used will make a big difference in your level of fatigue after a day on the slopes.

Tip: So if you’re thinking of switching from snowboarding to skiing, be prepared for a bit of a workout!

Fatigue will set in more quickly until you get used to skiing, although if you have a reasonable level of fitness you should adapt quite quickly.

A piece of good news for those wanting to switch to skiing is that using lifts is going to be a lot easier. You won’t need to unbind one foot from your snowboard and instead, you can go straight through the gate. Similarly, at the top you can just jump off the chair and ski away.

Negotiating drag lifts will be that much easier too, as you don’t need to stand sideways. While, crossing a flat area of snow is also easier with skis, as you have poles to propel you forward. While you may curse your ski boots at first, skiing has some definite advantages.

Switching to skiing is bound to take time, as it depends upon your natural learning ability among other factors. Being a snowboarder, you can probably learn to ski down a beginner run in a day or two but for total novices, it may take up to a week.

One of the main challenges is changing your sideway riding stance to a forward one. Learning that key difference will take time, as the whole body posture has to alter to fit with the change.

Like every sport, learning to ski takes time. Sometimes, during the initial lessons and practice, you might feel disillusioned and tempted to go back to snowboarding. However, you need to be patient, believe in yourself and think about the future when you have accomplished the task.

If you’re having a hard time learning to ski, remind yourself that it was also hard when you were learning to snowboard. Be consistent with your lessons and practice as much as possible.

Talk to people who have switched to skiing and get their take on the process. The more you practice, the better you’ll get. Before you know it, you’ll be racing down the slopes as confidently as you were with a snowboard beneath your feet.

Switching from snowboarding to skiing will be easier than learning with no prior experience. Since a snowboarder already has experience on the snow and understands balance, these are two transferable skills that can be applied to skiing. 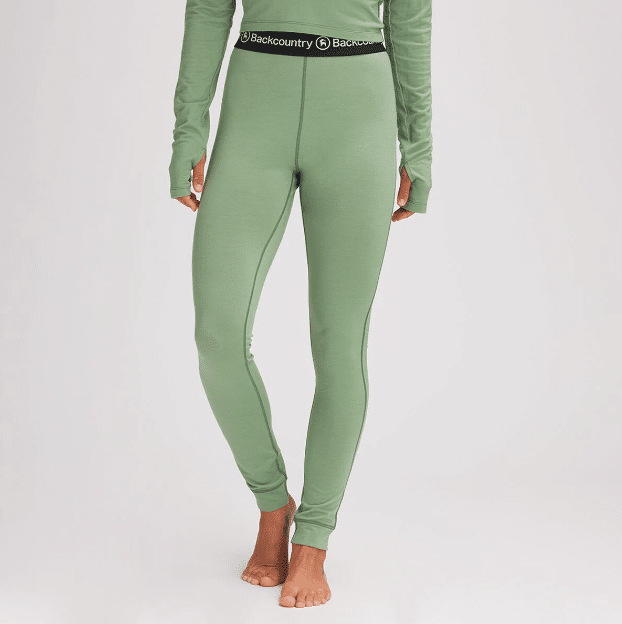 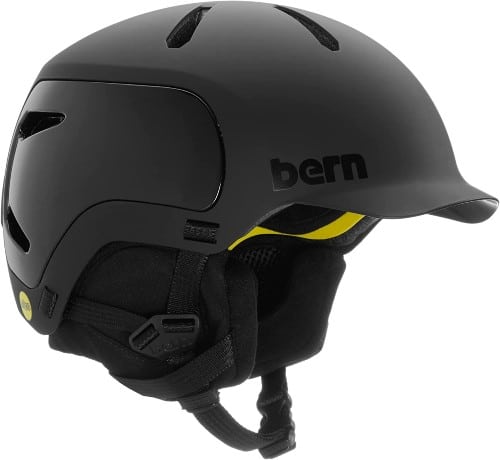 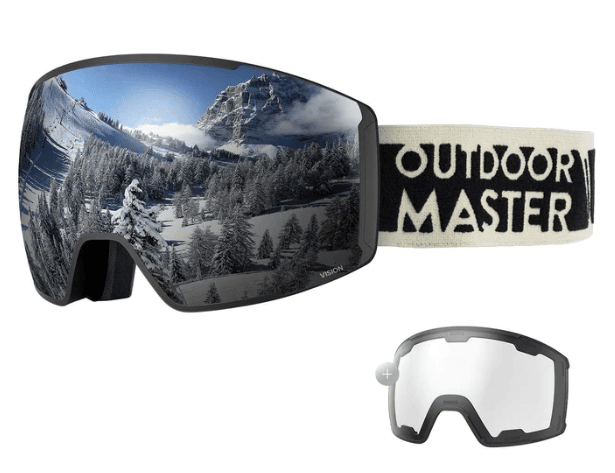