Snowboarding vs Surfing: What is The Difference? 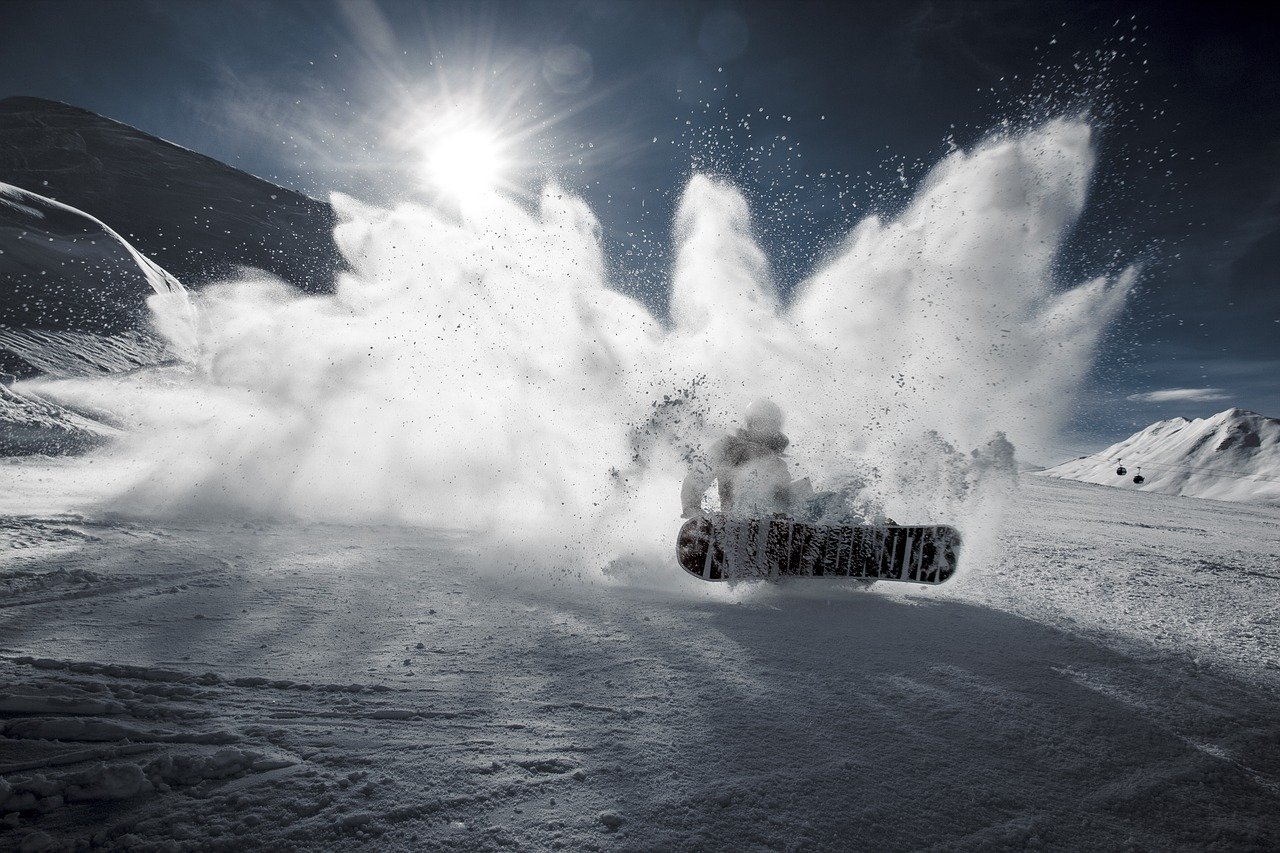 Both snowboarding and skiing are incredibly challenging and acutely rewarding, and it is possible to be skilled and talented at both, but it one better than the other? Is snowboarding going to squirt more adrenalin through your system? Is surfing going to deliver the endorphins you need to get through a very average day? We delve into the history, the mechanics, the cultures, and the challenges of two of the most popular board sports in the world.

Comparing snowboarding to surfing is challenging and complicated, but it’s a great exercise to do. The transition is generally easy across both disciplines and is even easier the higher the skill level of the rider transitioning. The key similarities between the two are mainly balancing and speed generation, while the main difference is the weight distribution over the boards, with surfing based over the tail and snowboarding based over the middle, to the front half of the board.

Surfing also has a long history, originating centuries ago in Peru and Hawaii, and it has had a professional competitive structure in place since 1976. Snowboarding is younger, with fewer people involved. Still, it has been in the Winter Olympic Games since 1998, showing the value of the sport. Surfing would have made its debut in the Tokyo Olympics this year 2020. This debut still hasn’t happened yet due to the game’s postponement.

Transitioning Between the Two

At some stage in a surfer’s life, he or she is going to consider riding a snowboard at a real snow resort. This yearning is a bid to understand better what makes it so addictive. There have been professional surfers who have foregone excellent surf trips in favour of a snow excursion. It is a superb cross-training method for surfers who might be a little bored with surfing sub-par conditions.

Surfing is hard to learn. It is one of those past times that fit into the 10,000 hours theory of practice to come good, and it is a lifetime commitment to get good at it.

Snowboarding has a way shorter learning curve, and after a few days of falling around and sliding around and getting cold and wet, you usually have enough to get going. Once you’re going, it comes fairly quickly, and after a season you’re often tearing down some feisty slopes. The challenge lies in the two transitions, with surfers coming out way on top.

If you’re a surfer, you’re going to be so confused when you first start snowboarding. Every intuition that surfing has taught you is going to feel wrong. Like skateboarding, you need to lean forward and put your weight on your front foot to get going. This concept is an alien concept for surfers, who have their weight placed centrally, but also subtly over the back of the board. Surfers use their fins to turn, so they need to put pressure and sink their tails and the rails off the bottom quarter of the board.

Surfers are aware; however, that small adjustments on weight distribution quickly make changes to speed. While tube riding, a foot placed at the front of the board will help the surfer to accelerate and exit the tube. Surfers soon adjust to the weight distribution, and it doesn’t usually take that much time to feel the rail. Once they feel the rail and understand the heelside and toeside rails, they realise that it is the same as surfing forehand or backhand, and it all starts making sense.

The lifts are quite daunting at first for a surfer, but it is a technical skill. It needs no talent and very little training to find your marker and fall onto a lift chair as it comes up behind you.

Surfers soon start noticing wave-like snow formations and angles where they can mimic snow turns, and before long they are addicted, and all hell breaks loose. They start seeing waves that they recognize all over the place, and embankments that remind them of famous waves. There is a Banzai Pipeline at Mt Hood, there is a Ala Moana Bowl at Courchevel, and there is a Sunset Peak at Whistler.

This skill transition and the learning curve is a little bit more complicated, for the simple reason that the ocean is a moving, breathing organism. It changes daily, it has so many moods, and the surf conditions change all the time.

Learning is hardly ever done on the same playing surface, and every single surf is different from the last. Muscle memory doesn’t quite have a roll in the early stage of learning to surf.

The only way to get over this challenging period in learning is to spend as much time in the ocean as possible. It doesn’t matter if you’re swimming, bodysurfing, walking on the beach or playing in the rockpools. Even fishing off the rocks and Stand Up Paddling help. All the time spent on or near the ocean helps people to understand how the ocean works. How the tides work, and how rips and currents flow back to the sea. All these little bit of information help someone who is learning to surf, as they all form pieces of the puzzle.

For both disciplines, it is recommended that the learning processes are kicked off with a few lessons. Those vital few necessary skills, like weight distribution, initiating a ride, and what to not be scared off, are skills that will hold you steady throughout the learning processes. They will make sure that you don’t learn any bad habits, and ensure that you don’t waste any energy over less important stuff. Snowboarding can seem terrifying at first, but speed and distance are a bit blurred at first, and you generally have a lot more time and space than you think to avoid mishaps.

Surfing is also straightforward to pick up bad habits, as the first few sessions seem more about survival than anything else. Surf lessons will slow everything down, will ensure that you understand the mechanics of getting to your feet. They will make sure that you fear the right things, and don’t waste energy on anything that is actually not scary. The ocean can be a terrifying place for anyone that hasn’t grown up near the ocean, and most of that fear is simply the fear of the unknown. As soon as a competent coach has explained a few things to you and made them known, then you will no longer fear them.

See also  What To Look For When Buying Ski Poles? (New Skier Guide)

There are many similarities between the two sports and disciplines. Still, the most obvious is that by doing both, it is possible to generate incredible amounts of speed and literally fly across water or powder. They both need excellent skills to initiate more momentum, and those skills, of transitioning frail to rail or ‘pumping’ can easily translate across the two disciplines. The speed thing is what gets surfers pumped to go snowboarding, and although it takes a little longer to reach, is the element that hooks snowboarders into the surfing sport and lifestyle.

Even further down this line of thought, a vast off-piste track of fresh powder on a steep mountain can every easily be compared to a big wave and big wave surfing. There is trepidation and niggling feelings when going out in big surf or heading for the start of a big mountain run. They both take skills and nerves of steel, and to conquer both; you first need to overcome your fear.

It comes, but facing off against your own fears can be harrowing. The other similarity between the two, that ties into the big wave collateral, is the fact that both snowboarding and surfing can lead to some horrendous wipe-outs. Big crashes, wipe-outs, and slams are part of both cultures, and while both are funny at times, they can both lead to severe injuries, even death. Both have enough danger to make it serious enough. Although serious injuries are few and far between, they do happen, and sports should be treated with the respect they deserve.

On the transition between the two, the hardest concept to get around at first is the weight distribution. For surfing, you can hold much of your weight over your back foot, and not lean too far forward. If your weight slips too far to the front,  your surfboard could dig in, resulting in a nosedive.

See also  Avoriaz or Morzine? Which Is Better & Can You Ski From One To The Other?

When snowboarding, your weight needs to be focused over the front of your boards. Otherwise, you will fly off backward, as a victim of gravity and momentum, much like dropping down a half-pipe on a skateboard. If you aren’t faced forward, and ready to lead with your shoulders, your board will go flying out from underneath you and will leave you sitting on your behind on the cold half-pipe.

Once you have figured your weight distribution, then there is the skill-set of rail that needs to be understood and applied. These are very similar, with the toe-rail in snowboarding the same as your inside rail in surfing. Your heel edge in snowboarding is your backhand rail in surfing. For a surfer, those edges are hard to find at first, with most people overpowering the rail turns, jamming a rail into the snow, and either stopping or falling over in the process.

When you feel it though, when a surfer suddenly finds the edge in snowboarding, be it the heel or toe-edge, it is like the most significant progression of the learning curve. It amounts to the comprehension of the subtlety of it all, and how to gently tap off speed or accelerate as the slope decrees. For many, the toe edge is harder to master than the heel edge, with a hard turn off the heel edge the best way to brake and stop completely. Toe edge is slightly more dynamic, and for many people, it takes a little longer to find, but when found, the slopes become golden.

Surfing takes longer to find your rail, ad to understand the subtleness of it too. The difference is, in surfing, you can point your board in the direction that the wave is breaking. It’s easy enough to travel in the direction that the wave is going without having to turn on a rail. It will come though, as the entire sport of surfing is based on the rail.

The best thing about surfing and snowboarding is that you have to travel for big adventures. If you live at the beach or on a slope, the best parts of the sport are still going off to foreign climes and exploring the rest of the world.

There are so many people pacing surfboards, and packing snowboards, and heading out there to find the best waves, the ultimate powder, and everything in between.

Travel is one aspect of sports that can be challenging, as well as tremendously rewarding. People who travel for their board sports pursuits are some of the luckiest people on the planet. The thrill of finding new waves, of hitting new slopes, and if living life to the fullest is what waits for people who travel with their boards.