Can a Skier Learn to Snowboard? How to Transition 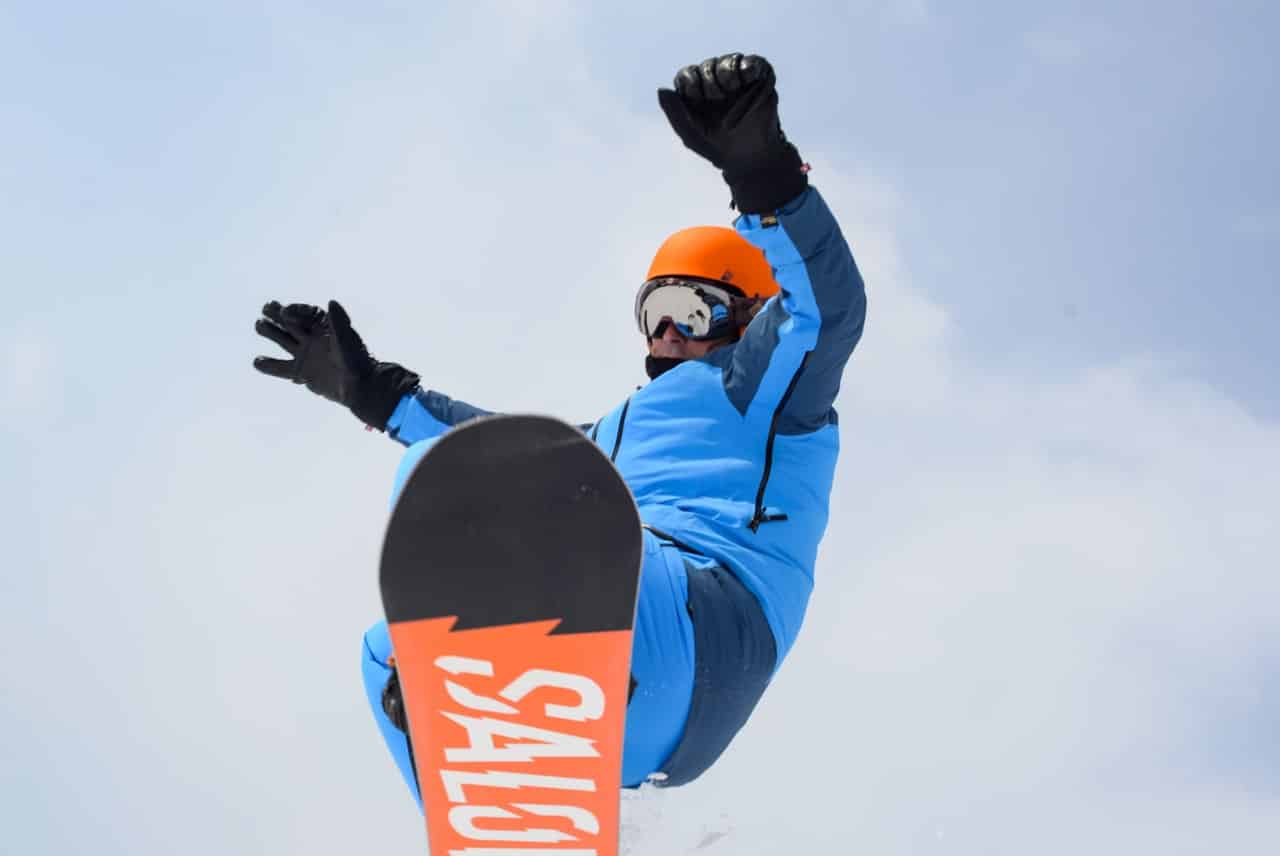 Once you feel comfortable on skis, you might want to challenge yourself and test out your snowboarding skills. Many people start on skis, especially young children because the basics are easier to learn. However, skiing takes longer to master. Snowboarding, on the other hand, can be difficult to get a feel for at first, but once you’ve learned the basics, advancement is much faster.

Learning how to snowboard after already learning to ski is entirely possible. Many skiers have transitioned to snowboarding or at least learned the second skill allowing them to switch up their routine. Transitioning will take time and patience on your part if you’re up to the challenge.

Advantages of Learning to Ski First

As mentioned above, learning the basics and keeping your balance is more comfortable with skiing. If it is your first time taking on a winter sport, it is better than you spend the least amount of time possible with your backside in the snow. Getting cold, wet, and bruised is never an enjoyable experience. The first time skiing is comparatively smoother and dryer than the first time snowboarding. So until you’re ok with being cold and wet and maybe a little bruised, skiing is an excellent place to start.

Again, it is especially beneficial for young children just starting. Generally, skiing will be much less frustrating for them as it is for parents.

Because skiing is a little easier at the beginning, it is a great way to get used to the runs and learn how the lifts work. It also helps you build your confidence riding down the slopes as you have a  little easier control.

Why Skiers Learn to Snowboard

After some time, adults and children alike reach a point in skiing where they either learn to take their skiing to the next level, or they decide to challenge themselves another way and learn to snowboard.

Many experienced skiers have also switched over to snowboarding to protect their knees. While snowboarding is rougher on your backside in the beginning, for many, it is easier on the knees over time. Those that have a history of knee injuries find that snowboarding is the safer way to go.

Learning to both ski and snowboard means that you can make the most of the snow conditions, whatever they may be. There’s something special about riding your board through deep powder.

Switching from skiing to snowboarding can be challenging since the two sports could not be more different.

For starters, rather than facing forward, snowboarding requires a sideways stance. Additionally, while skis typically only work in one direction, snowboarding can be switched from the right leg to the left leg forward, depending on the snowboarder.

With that difference alone, tasks such as turning, starting and stopping, and getting on and off lifts become require much more effort as your brain and muscles haven’t been trained to work those directions just yet.

Another difference is not being able to separate your legs as you would when skiing. Because your skis are separate, you can often put a leg out to catch yourself if you begin to fall. It’s another story altogether with snowboarding. With your legs strapped together, there is no way to catch yourself if you start to fall. In the beginning, it will definitely feel restrictive and awkward.

Many of these variances in skiing and snowboarding are more challenging psychologically than they are physically and can easily be overcome after a few days of practice.

The Best Way to Transition

If you’re ready to take on snowboarding, the first thing you will need to do is remind yourself that you are now a beginner again. Just because you’ve been spending your days skiing black diamonds, doesn’t mean that a green path snowboarding will be easy.

To progress consistently in your snowboarding skills, you need to be ok with spending some time on the bunny hill with your face in the snow. Remembering that this is new to you and that you won’t be a pro after one day helps you keep from getting discouraged.

While in some small ways skiing has prepared you for snowboarding (ie, gaining confidence on the slopes, understanding ski/snowboard etiquette, knowing how to read trail signs, etc.), the basics are nothing like skiing.

The best way to learn helpful techniques and avoid frustration is to pay a professional instructor to give you the tips you need along the way.

Snowboarding works different muscles than skiing does. As a skier, you probably have pretty strong leg muscles. However, snowboarding requires strong core muscles as they help you stay balanced and controlled.

During the off-season, focus on core strengthening exercises that could range from crunches, sit-ups, and planks, to more advanced core exercises like the ones used in Pilates.

Learning to snowboard entails a lot more falling than learning to ski did. But you don’t want to let that scare you away from learning this fun sport. Instead, take simple precautions to keep injuries and bruises to a minimum.

Helmets are always a good idea for any winter sport, but you’ll find one to be incredibly helpful when learning to snowboard. At the very least, they’ll give you peace of mind.

You might also find it beneficial to wear wrist braces or knee pads to protect these joints from tough falls. If you’ve injured your wrists or knees in the past, then you can prevent further problems by wearing this protective gear.

Are You Ready to Switch it Up?

Learning to snowboard can be a great way to mix up your winter sports and add to your enjoyment of the snow. So whether you’ve skied for years or you’re just a beginner, don’t be afraid to make the transition.

Remember that doing so doesn’t mean that you’re disloyal to skiing or that you’ll lose the hard work you’ve already put into skiing; it’s just a fun way to add variety to your winter recreation.