7 Most Common Rules at Ski Resorts (How to Follow Them) 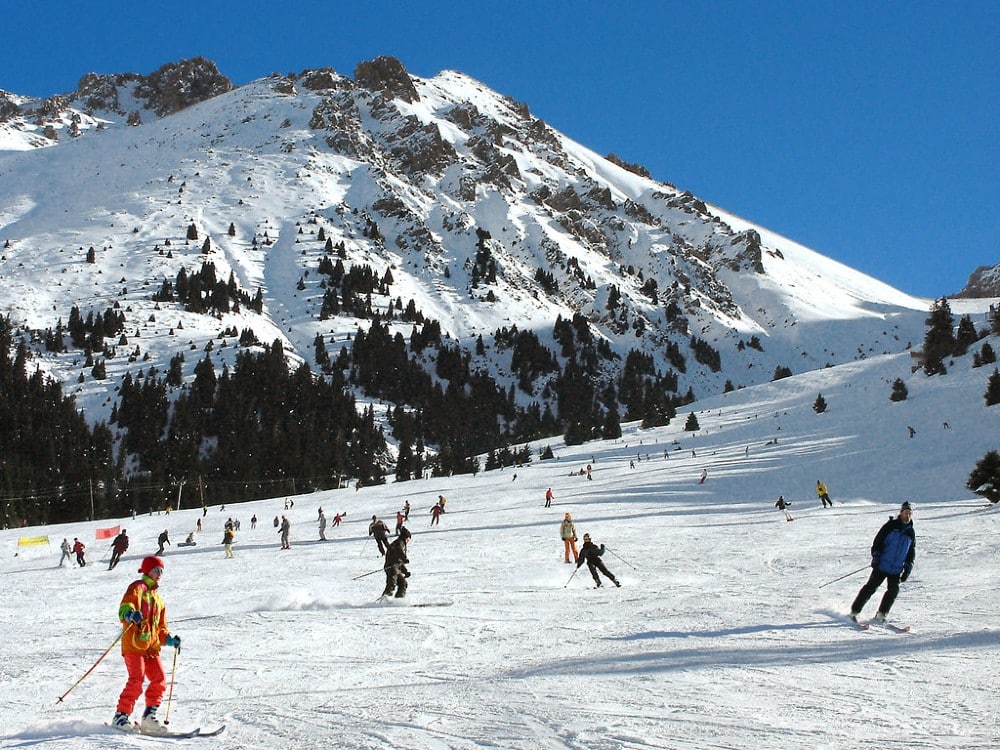 Photo by Tore Khan licensed under CC BY 2.0. We may collect a share of sales or other compensation from the links on this page.

The first time I went snowboarding overseas I had no idea what to expect.  Luckily, a lot of the rules of the slopes are pretty widespread amongst other resorts. Let’s go over the most common of them.

While every resort has unique rules, there are a number of rules known as ski etiquette or the code of conduct that should be followed. These are meant to keep yourself and others out of danger and allow for the most enjoyable experience for everyone.

For anyone wanting to hit the slopes for the very first time or try out a new resort in another country, you might be wondering what the rules are – so we’ve set about compiling the most common below.

Most Common Rules at Ski Resorts

While the rules will change from resort to resort, there are some rules that every slope implements. Most of these rules you will find as part of the International Ski Federation’s code of conduct.

1. Respect Everyone on the Slopes

This should always be used, regardless of the scenario, but it doubly applies on the slopes.

There are people from all walks of life participating in the awesome activities of snowboarding, skiing, and more. Not everyone has years of experience, so some patience is required.

Another fairly common sense one – is always in control. This is geared more towards beginners and the less experienced as they can very quickly endanger themselves and others if they lose control.

That being said, anyone can have a lapse of judgment, so if you are anywhere near others make sure you are in full control so as to not put them in harm’s way.

Another part of this is choosing your route appropriately. Don’t be the person that goes for a black diamond the second time ever skiing just to impress someone.

See also  Need For Speed: Ski Faster With These 5 Tips

3. Give Proper Right of Way

Any skier, snowboarder, or anyone else that is below you on the slopes has the right of way. They typically will not be looking backward, meaning they will have no idea there is someone behind them.

It becomes your responsibility to make sure that you do not hit them. This is another aspect where being in control is a huge part of slope etiquette.

4. Be Careful Where You Stop

Stopping at the bottom of a tight or blind corner is a huge no-no. This is a simple recipe for disaster for any skier coming down after you as they cannot do their due diligence and attempt to avoid something they can’t see in the first place.

This also goes for bailing. If you happen to bail in one of these or another high-traffic area, you must do your absolute best to get out of the way as fast as possible.

You can look for your goggles when you’re sure no one else is coming down behind you!

Yes, ski lifts can be daunting in the beginning, but they’re a huge help once you master them.

See also  Why Are Ski Lift Tickets So Expensive?

Until that time, be very mindful of those around you. If you’re just learning to use the chairlift and think you might fall, be considerate of others. Don’t decide to try it if there is a huge queue for that lift.

This is like a rule within a rule. If you see any signage or demarcation of areas, you must absolutely follow them.

I cannot stress enough how important it is to never go out of bounds or ignore demarkations. Avalanches, cliffs, fallen trees, and a number of other hazards could be right around a blind corner that signage was trying to protect you from.

Ignoring signage is also a sure way to get kicked out of any resort across the globe.

This ties nicely back to our first rule. There are loads of different skill levels on the slopes, from first-timers to seasoned veterans. One thing they all have in common is that may need your help.

If you see someone that looks like they need a helping hand, give them one. That being said, your own safety is paramount, so if you cannot safely help them be sure to call the ski patrol.

The Do’s and the Don’t of Skiing

While these aren’t necessarily rules, these will definitely keep you out of trouble with staff and other skiers.

See also  How to Choose the Right Length Ski Pole?

Can I Drink While Skiing?

Skiing and drinking are two very intertwined activities, depending on the region you’re skiing. Some resorts are even better known for their après-ski than the quality of their slopes.

That means the two are often mixed, but that doesn’t mean they should be. It is not only highly unwise to drink while you’re skiing or snowboarding, but it is illegal in certain regions.

It’s best to leave the drinking for when the lifts close. Also, make sure you don’t hit the booze too hard because the slopes and a hangover don’t mix too well.

Resorts all over the world will have their own sets of rules, but there are general rules that most of them adhere to. Following the rules laid out here will keep you and others out of danger whether you’re skiing in America or the Alps.

While this is a widely adopted set of rules to follow, be sure to always check the rules at every resort you go to. Skiing etiquette is also something that should be followed to make the experience more enjoyable for all around you.