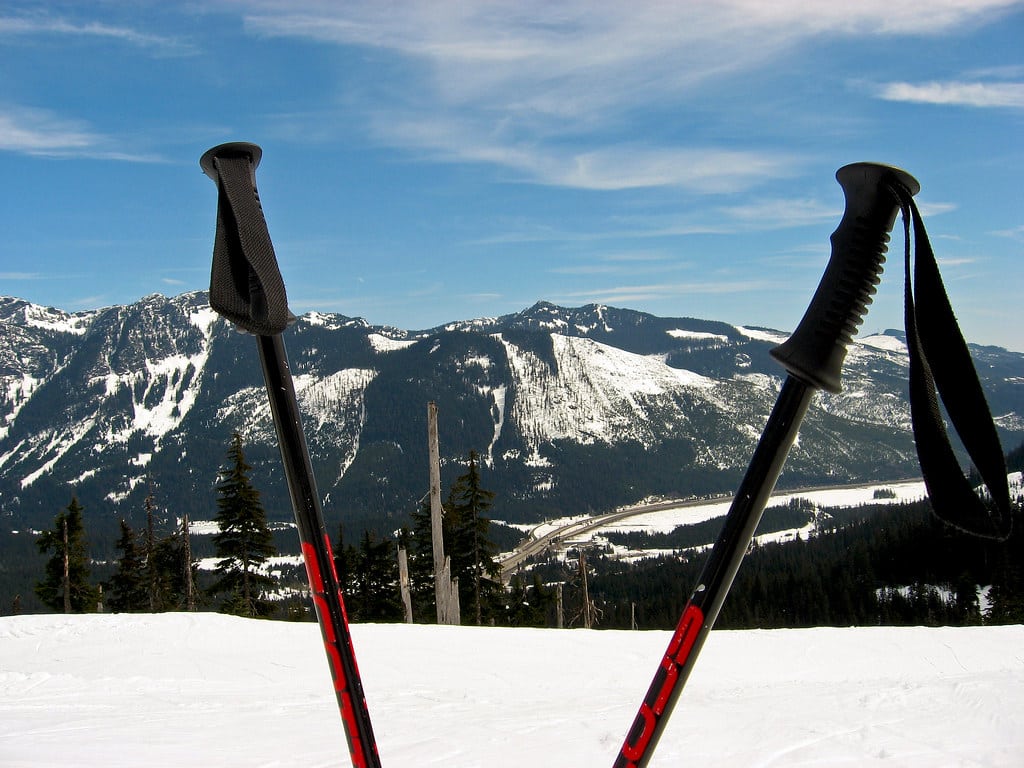 Photo by laffertyryan under CC BY 2.0 . We may collect a share of sales or other compensation from the links on this page.

Ski gear will inevitably break down over time, and poles are no exception.  Buying new poles isn’t always necessary if the shaft is intact. Sometimes, it makes sense to just replace the worn-out grips on your own.

Removing ski pole grips will vary between manufacturers but usually consists of removing a few small screws and slowly working the grip off the pole.  Some will prove more difficult, but anyone with a basic set of tools can effectively replace their grips at home.

Do I Need To Replace My Grips?

If the pole’s shaft is in good condition, but the grips have seen better days, it’s probably time to consider replacing them.  Replacement grips are much cheaper than buying another set of poles and can make your current set feel brand new.

Signs of worn-out grips include peeling, cracking, and broken straps.  Over time the grip can become loose, which can be dangerous when skiing steep terrain, especially with moguls.

Nesting Baskets for easy and safe storage of poles

The exact steps for this will be slightly different depending on the brand of your ski poles, but for the most part, this process will be very similar.

Premium alloy steel blade has a precisely sized tip for an exact fit in fasteners.

Voila, you have successfully removed your grips from your poles!  Now you can install a new set of grips by repeating the process in reverse and get back to hitting the slopes.  Remember to check the compatibility of grips and poles, especially between manufacturers, so that you don’t end up going through this process in vain.

See also  How Do I Practice Skiing at Home?

Other Reasons To Remove Grips

Another reason skiers replace grips is to combine them with a pole that is lighter or more heavy-duty.  Swapping grips and poles won’t always work, especially between manufacturers, but trading out grips from the same company is sometimes possible.

The grip can also be removed to modify the length of the pole.  Ski poles can be easily shortened using pipe cutters or a hacksaw; an angle grinder is another easy way to accomplish this but isn’t recommended unless you are experienced with power tools.

Before you throw your current set of ski poles in the garbage, consider replacing the grips instead.  Dented or broken shafts will require a new set of poles, but that doesn’t mean you can’t hang onto the grips for future use.

Removing your ski pole grips is actually much easier than most skiers would assume and can greatly extend the life of your poles.  Sometimes they will take a little elbow grease, but it is worth the money you will save on a set of new poles.

Constructed with incredibly lightweight and durable aircraft-grade aluminum. Tough enough to handle the steepest slopes, yet light enough to take every challenge in stride.