What is Jib Skiing? (Why it’s Taken Off) 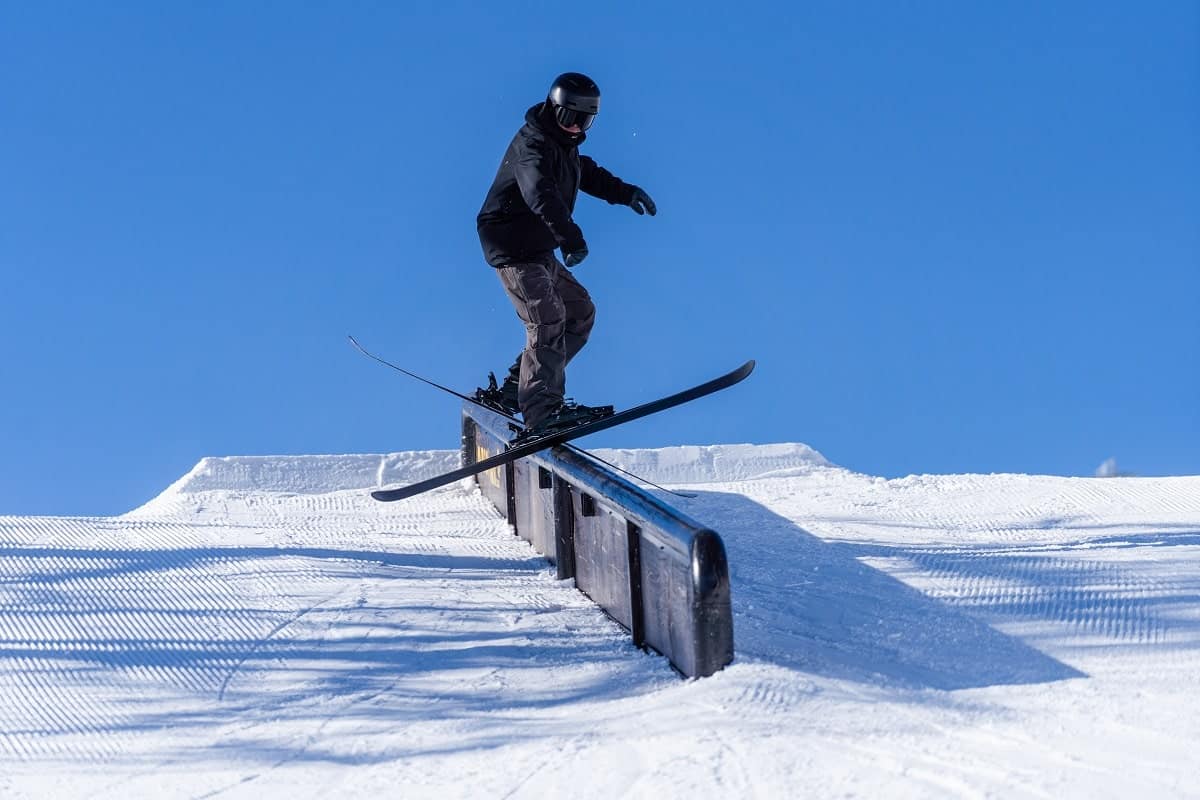 You might have come across jib skiing or jibbing when reading a magazine article but never realized what it entailed. The origins of the word are misty, but its worldwide popularity is absolutely clear, with new terrain parks and snow parks regularly appearing around the world. But what exactly are jib skiing and snowboarding? And who does it?

Jib skiing or snowboarding involves skiing across any man-made or natural surface (jib), which isn’t covered with snow. Man-made jibs include rails, park benches, tabletops, and numerous other features in terrain parks and snow parks. The skier or jibber is taking part in jibbing to demonstrate his skill and agility on surfaces other than snow. While there are plenty of natural features around resorts to jib, most jibbers are attracted to the sociability and man-made features of the terrain park.

Californian enthusiast, Tom Sims, was something of a pioneer, starting on surfboards and skateboards and he went on to help to promote snowboard and ski jibbing to a new mainstream audience in the 1980s. He developed his brand of jibbing snowboards and even employed a team of experienced skateboarders to demonstrate their capabilities on snowboards and market the boards at the same time.

See also  How to Choose the Right Length Ski Pole?

The skateboarders soon realized their skills were entirely transferable to the snowboards and a whole new audience enthusiastically tried out their abilities in this new discipline. A natural marketeer, Tom Sims, then organized for photographs of his team’s stunts to be sent to International Snowboard Magazine.

Their natural style and athleticism proved to be a winner, attracting worldwide attention, and helping to promote the crossover between the identities of skateboarding and snowboarding. So much so it has now been an Olympic discipline in the slopestyle category since the 2014 Winter Olympics at Sochi in Russia.

The goal of jibbing is to perform stunts stylishly, over, along, and across any manner of surfaces while demonstrating control and balance. These are some of the most popular types of jib:

There is no one fits all choice for freestyle skis, as their performance is dependent on your skiing style and what you hope to achieve in the terrain park. For example, if you like competition and going harder, then stiffer skis with good edges will provide the control and stable landings you’re looking for. However, if taking things a bit more slowly is more your bag, then a wider softer ski will enable you to be creative in the tricks you pull.

Where are some of the Best Terrain or Snow Parks for Jibbing?

New To Ski helps first-time and advancing skiers to have more fun on the ski slopes and to explore the mountains safely. We're proud to help over a million skiers a year.