Is it Safe to Ski Alone? Solo Skiing 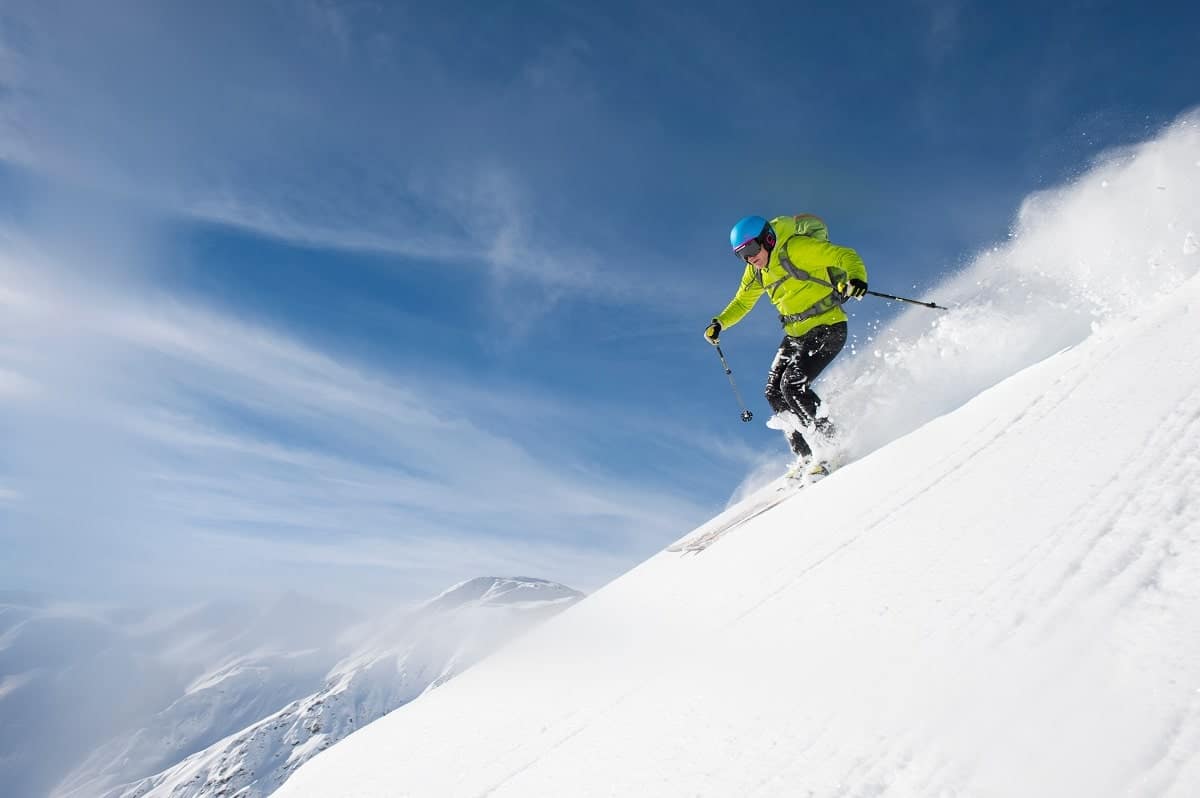 Going on a ski trip is often the highlight for many in the winter, and some skiers may favor going solo to truly soak in the natural splendor and the adrenaline rush. You may be tempted to face the slope with “just me, my skis, and mother nature” in mind, but is it actually safe to go out and ski alone?

What Makes A Solo Ski So Tempting?

In a nutshell, it’s usually safe to ski solo in a resort as there’s always someone nearby, whether it’s staff or other fellow skiers. However, it’s best to partner up with someone if going off-piste or backcountry skiing. Let’s take a look at the pros and cons of hitting the snowy slopes solo.

Despite the potential risks, many skiers simply love going solo on the slope. Here are some of the charms of skiing on your own:

1. It allows you to focus on your technique

Skiing is a very social sport; you chat with your friends while waiting for the lift, argue about which run to tackle next, race each other to the bottom of the run, etc. When you’re skiing alone, there’s nobody to wait for, there’s no need to follow your friends around, and there’s no pressure on worrying that you’ll be embarrassed when you fall or need to keep up with a more skilled friend. This can help you to focus on honing your skiing skills or simply ski at your own pace.

See also  Key Difference Between Demo and Regular Skis? (Not What You Think)

See the vast expanse of pure white snow dotted with lush pines and the majestic mountain at the horizon? There’s nobody that’ll keep you away from admiring the view while going down on piste when you’re skiing alone.

When skiing with a group of friends, there may be peer pressure to keep up with the group, even when you’re feeling tired or need to go to the toilet. When skiing alone, you can take a break when your body tells you to, or even grab a light snack without worrying about making other people wait for you (or even worse, waiting for your friends to do the same).

What Are The Major Risks of Solo Skiing?

While it seems dangerous to the uninitiated, skiing isn’t nearly as dangerous as other popular sports. In fact, according to a BBC article, the average number of injuries in snow sports is very low compared to soccer or football, given proper safety precautions and training.

We’re talking about a 0.2% – 0.4% injury rate, which translates into around 2-4 injuries per 1000 skiers. In a game of soccer, which involves around 30 players, the same number of injuries could happen. But it is still a form of sport with its own potential hazards. Let’s take a look at some of them:

A solo skier might get rescued late, or even not at all

Not to be a downer, but skiing alone removes many opportunities of getting rescued early, in case of an accident or injury simply because the unfortunate skier is unable to ask for help. Having someone with you drastically improves the odds of getting help in time.

See also  Why Do Ski Resorts With Snow Close Early?

Being skilled in skiing and survival techniques will help massively in an emergency situation, of course, but even a skilled person might not be saved from an unfortunate event.

While solo skiing, there’s nobody to guide you nor to hold you back when the allure of going off-piste or even going to a closed area in search of the thrills gets the better of you.

When traversing off-piste, a skier may not be aware of unmarked hazards, or even going further off-course, which can pose a risk to the skier’s safety. Even when on piste, going alone means that there’s nobody to remind a skier that speeding is a bad idea on a populated slope, which can cause collisions with other people.

If you got lost, you’ll only have yourself to rely on (until help arrives)

This is a very real risk, especially when you’re skiing on a mountain or backcountry for the first time. Getting lost is a scary prospect for many people, even in a city. If you’re stranded in a snowy wilderness alone, it can be very demoralizing for some and there’d be nobody to help you in case of emergency.

How to Reduce Risks While Skiing On Your Own

When you’re going on a ski trip, it’s very important to put your safety first and foremost, and it’s doubly true for solo skiers. The National Safety Council and many other sources have compiled tips to help minimize risks on the slopes, such as:

Skiing demands a degree of fitness to reduce fatigue and injury, so try to get in shape for the season with this great set of exercises.

Check the weather before hitting the slopes

A glaring sun or heavy snowfall may prevent you from recognizing and evading obstacles.

Tell your family and friends about your ski plan

This will help them to alert the authority in case of a potential emergency situation, such as getting lost in an area with no phone coverage, or if you appear to be missing longer than usual.

In cold weather, we may not notice that our body is getting dehydrated unlike on a hot day. Skiing also keeps our bodies physically active, so it’s a good idea to drink plenty of water before, during, and after a ski session.

For beginners, it can be very helpful to take a course with a certified ski instructor before skiing down by themselves. Taking the course can also be helpful for seasoned skiers to keep their knowledge fresh.

Skiing solo might be a very attractive prospect for skiers who crave freedom and wish to focus purely on skiing. But it should be noted that going solo on the slope has its own dangers, which may outweigh the thrills. We believe in putting safety as the top priority, so if you really, really must go solo, take the necessary precautions and don’t push yourself too hard.