How Do Slalom Skiers Know Which Gates To Hit? (Beginners Guide to Racing) 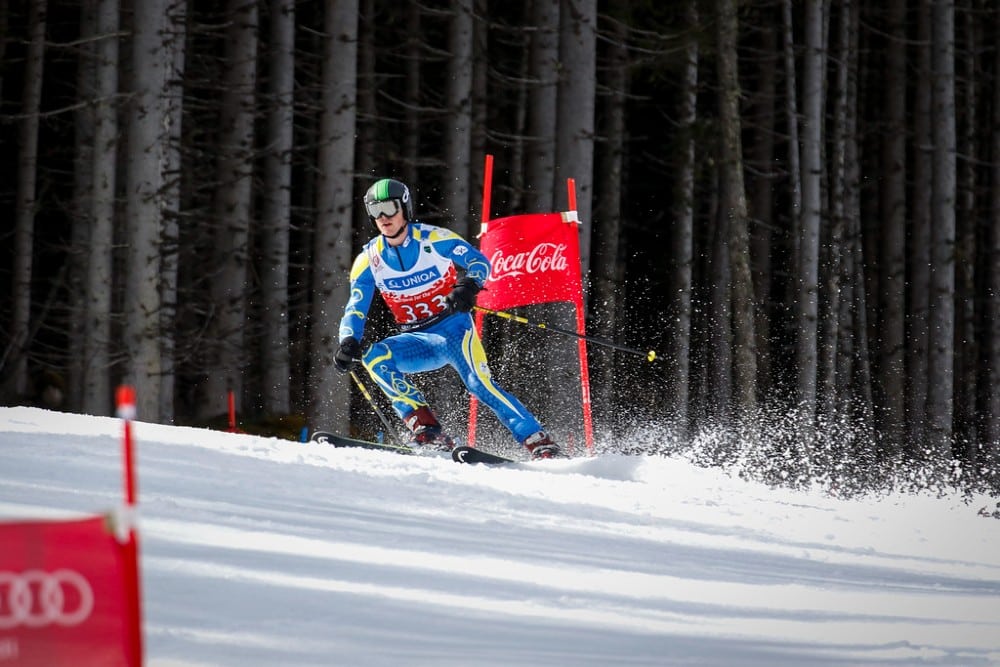 Photo by Special Olympics 2017 licensed under CC0 1.0. We may collect a share of sales or other compensation from the links on this page.

You’ve probably watched people competing in slalom skiing competitions and have been in awe of their ability to weave in and out of gates at incredible speeds. But did you ever wonder how slalom skiers know which gates to go for? Let’s take a look!

Skiers know which gates to go through as they alternate in colors as you go down the course, allowing you to quickly identify the correct line. In addition to this, a skier will plan their course beforehand and may even walk the course before skiing it.

What is Slalom Skiing?

You know what skiing is, but do you know what slalom skiing is? Slalom is part of Alpine skiing that consists of specific events including super-G, downhill, giant slalom, slalom, and combined. Both men and women compete in each of these events.

For you to understand better, Alpine skiing is similar to swimming. It has different styles like backstroke, butterfly, freestyle, breaststroke, and medley but all these skiing disciplines use gates in one way or another.

Alpine skiing was first introduced in the Winter Olympics (in 1936) at Garmisch-Partenkirchen Germany and only had a Combined event.

Thankfully, the slalom was first introduced at the 1948 Winter Olympics in Switzerland (St. Moritz) and has since become a vital part of the Winter Olympics.

How Do Slalom Skiers Know Which Gates to Go Around?

Slalom skiers know which gates to go around because a slalom course has a set of alternating gates. These are almost always in pairs of blue and red, and the number of gates used is between 40 to 60 for women and 55 to 75 for men.

See also  How To Ski A Chute? (Off-Piste Narrow Steeps)

These gates have different kinds of configurations to make the entire run more challenging and exciting. For men, the vertical drop is 180 to 220m and this is slightly lower for the women’s course.

Skiers need to pass through the gates which refer to two plastic poles alternating between red and blue. This is through an earmarked course and each of these gates has a minimum and maximum width of 4m and 6m, respectively.

Slalom skiers usually knock over these poles to find the fastest route to reach the final gate. Usually, when they do this, they need to pass through two courses on the same slope

In terms of timings, eliminations occur after running the first course. The skiers with the lowest combined time across the courses are named the winner. The exact nature of the rules will depend on the competition.

The objective of the slalom skier is to go through the two poles forming the gate. They need to have at least their boots and skis on the correct side of the pole and a skier’s run will be disqualified if they miss any of the gates.

Generally, slalom skiing is an event that both women and men can participate in during the Winter Olympics. It’s also part of the FIS Alpine World Ski Championships that happen annually.

History of the Gates

Traditionally, bamboo poles were used as gates. The rigidity and hardness of these forced skiers to move their bodies around these gates completely as slamming into them could be very painful!

See also  What is Ski Chatter & Why does it happen?

In the early 1980s, the rigid poles were interchanged with hard plastic ones that were hinged at the base, which was a complete game-changer.

Based on the FIS rules, only the skis and boots of skiers need to go around each of the hinged gates which allow skiers to slam into them with their bodies.

The new gates provide a more straightforward path down the slalom course by cross blocking or shining the gates.

With cross blocking, the skier’s legs go around the gate while their upper body is inclined toward/across it. So, the skier’s head may be outside the pole but as long as their boots and skis are inside, they are fine.

This technique can be done by pushing the gates down using the hands, arms, or shins. By the year 1989, a lot of the top technical skiers adopted the cross-block.

Anyone who competes in the slalom only goes near and touches the inside flags or poles. So, what’s the purpose of the second pole?

It’s how rules are written. Competitors must pass between a gate for it to count. Technically a skier could get close to the outside pole but this would never be the quickest route down.

Some may say that it also gives a better visual cue for spectators as it’s easier to follow someone going through gates than simply one pole. In reality, the outside pole is fairly useless but it’s a nice tradition to keep.

What You Need for Slalom Skiing

Of course, skis are the primary equipment for slalom. Generally, slalom skis are the smallest among all events in alpine skiing. The minimum length of these is 155cm for women and 165cm for men.

The bindings connect the boots to the skis. Also, slalom skiers use a crash helmet with soft ear protection and an attached chin guard. It’s to prevent skiers from getting hit by gates.

Aside from that, skiers have goggles and a skintight suit to reduce air resistance. They also use shin pads for additional protection since they hit poles with their shin to knock them down.

While gloves are required for any skier, many slalom riders will use specialized gloves that have extra protection if they need to punch down a pole.

What Ski Length Should I Use?

The length of a ski that one should use depends on some factors. These are the speed at which the skier skis, the skier’s weight, and their skiing level. With higher speed and less weight, the ski length should be shorter.

Consequently, as the skier’s weight increases or if the speeds are slower, longer skis become ideal. In the slalom course, a ski that’s too long makes slowing down and making proper turns more difficult.

What Do You Call Those Slalom Poles?

The slalom posts are called gates. These are plastic poles alternating between red and blue through a designated course. Each has a minimum width of 4m and a maximum width of 6m and the poles are hinged at the base.

How Fast Can Slalom Skiers Go?

Those who compete in giant slalom usually go as fast as 50 mph, while slalom skiers go around 43 mph. At those speeds, it’s important to plan your course beforehand and know which gates you need to go through.