How Do Ski Resorts Ensure No One is Forgotten On The Mountain? (Ski Patrol Sweep) 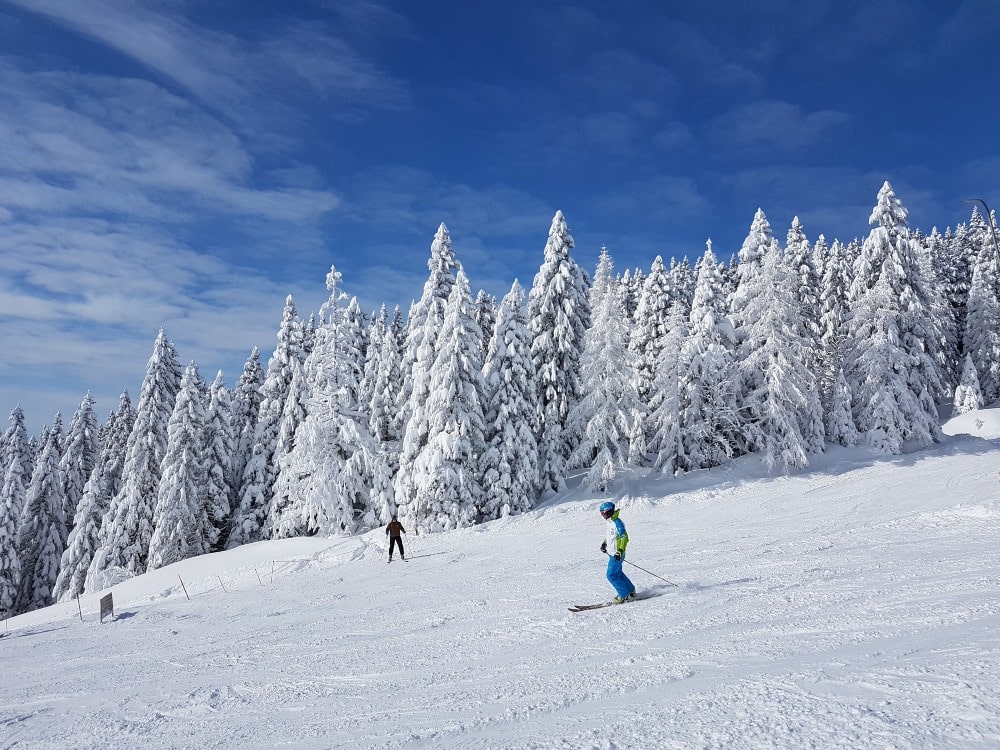 Maybe you’ve seen the movie Frozen recently (no, not the one with Disney princesses) or maybe you’re just curious after catching the last chair up the mountain. With some mountains running over 100 chairlifts, how can resorts be sure that no one is on the lift at the end of the day?

While on extremely rare occasions, mountains have actually left people on chair lifts overnight, they take many precautions to make sure that everyone goes home safely at the end of the day. These include running the chair lift after it’s been closed, and most importantly, the ski patrol sweep.

If you are nervous about getting trapped on a lift overnight, it might help to first understand how lifts work. There are two main types that you’ll find on the hill: chair lifts and gondolas.

A chair lift is exactly what it sounds like, a chair that lifts you up the mountain. It’s also the most classic type of lift, and probably what you picture when you think of one.

Metal chairs hang from a thick cable. At the top and bottom of this cable is a massive pulley, also known as a bull wheel, that hoists the chairs to the top.

While it can be a bit nerve-wracking to look down on these at first, they are extremely safe and efficient. Just make sure that you put down the safety bar.

The next most common type of lift is called a gondola. It works very similarly to a chair lift, in that the gondolas are hitched to a cable wired into a massive pulley system.

They differ because gondolas are in an enclosed space, rather than in the open air. Instead of keeping your skis or board on, as you would on a chairlift, you typically take them off and place them in buckets hanging off the side.

Gondolas often fit twelve people or more and are much larger and generally considered more comfortable than chairlifts. However, they also take much longer to unload.

Because of this, the pulley system is a bit more complex than that of a chairlift. Instead of simply going around in a circle, the gondola shifts to a slower-moving cable at the top and bottom.

Some high-speed chairlifts also use this dual-pulley technology which allows the chairs to slow down at either ends. Now that you have a bit more of an understanding of how lifts work when they’re moving, let’s talk about how they are shut down safely.

If you’ve ever sat at the bar at the bottom of the ski hill after your last run, you might notice that the lifts continue to run, despite the mountain being closed. This is a procedure that lift attendants adhere to that makes sure no one is still on the lift.

Most lift cables are circular. After cutting off the line, lift attendants will allow the lift to run multiple times over to make completely sure no one has been left behind.

Those numbers on chairlifts aren’t so that you can feel lucky when you get chair number 1. It’s to help the lift attendants keep track.

Let’s say that the last chair in one revolution is 17. The lift attendants at both the top and bottom will watch and wait for chair 17 to come around again.

If no one is on the lift during the entirety of that revolution, it’s safe to shut down for the night. Attendants will do the same for gondolas.

But, there are other places for skiers and riders to get stuck on the mountain overnight than on the chairlift. Sometimes, people get hurt or lost on the mountain, and cannot find their way back to the lodge.

That’s where ski patrol comes in. Once the mountain is closed, Ski Patrol spreads out and searches the entire hill to make sure that everyone is down.

Most days, they don’t find people unconscious or buried in a snow bank. But, they often will find people who are making their way down slowly.

For those unable to make their way down due to fatigue or being stuck on a trail that is too difficult, Ski Patrol will call a toboggan. This way, they ensure everyone’s safety.

Usually, one extra patroller will stay at the top of the mountain and wait as a backup. In the rare case that someone is hurt, they will be able to ski down to the injured person and provide medical assistance as necessary.

Some mountains even employ the use of a dummy to make sure that Ski Patrol does an effective job. One patroller hides the dummy, and the rest of Ski Patrol searches for it.

This acts as an extra way to ensure that Ski Patrol is on their toes, as they cannot call the sweep finished until the dummy is retrieved.

Even with these safety procedures in place, mistakes can still happen on the hill. It’s always best to make sure that you know where you are, rather than relying on sweeps and procedures to keep you safe.

Here are a few things that you can do to make sure that you don’t get stuck on the mountain after it closes.

Ski Patrol’s phone number is different for every mountain, so make sure that you put it in your phone before heading out on the hill. This is a best practice every time because you never know when an accident might occur.

Their phone number is usually posted visibly throughout the lodges, ticket booths, and entrance areas. However, if you have any trouble finding it, don’t be afraid to ask.

2. Take Note of What Time the Lifts Close

Most ski lifts have their closing time posted at the loading area. Make sure to pay attention to these!

Even if the mountain itself closes at 4 pm, that doesn’t mean every lift closes at that time. Many lifts that are far away from the main ski area or located in back bowls close earlier.

Take note of the lift times and plan accordingly so that you can make your way down the hill in a timely manner.

3. Keep a Map With You At All Times

In the past, ski lift tickets often had a map on them so that you always had one. Mountains would also hand out physical copies at the ticket booth.

However, as we move into an increasingly technologically based system, these physical maps are less and less common. Which means that we have to rely on our phones more often.

Take a screenshot (service can be spotty on the hill) and make sure your phone is charged. Alternatively, print a map of the mountain at home and bring it to the mountain if you aren’t very familiar with the slopes.

Now that you know how lifts work, the safety procedures for closing the lifts, and the final sweep of the mountain, you should feel a little less worried about getting stuck on the chairlift. The instances of this happening are extremely few and far between. But if you do, it’s probably best not to jump – unless there really is no other option & after waiting for rescue.

The mountain staff is there to keep an eye out for you. Keep one out for yourself as well, and you’re bound to get on and off the hill without a hitch.