How Do Ski Jumpers Train? Learning To Fly 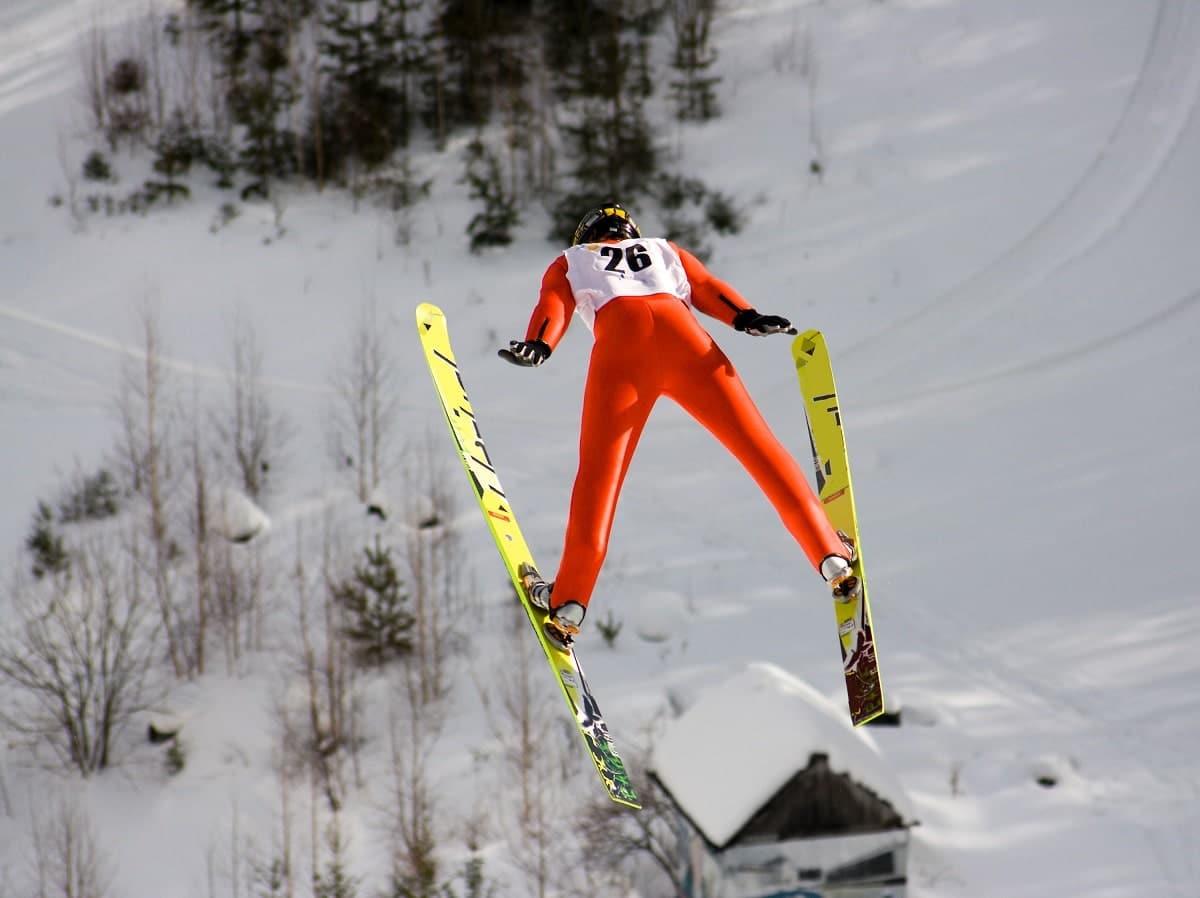 There are few athletic feats as striking as the ski jump. Watching a skier rip fearlessly down a steep slope without so much as the slightest wedging motion only to burst upwards in a daring and gravity-defying feat of acrobatics, one has to wonder: how is this possible? What do ski jumpers have to go through in order to commit such grandiose acts of alpine athleticism?

The simple answer is practice. Ski jumpers train by executing ski jumps even when there is no snow for them to ski on. Additionally, they train by doing specific exercises to strengthen specific parts of their bodies and hone their physical abilities.

What It Takes to Train as a Ski Jumper

Let’s face it, skiing is not the most accessible sport. While skiing isn’t necessarily as expensive as many perceive it to be, learning to ski is a lot more complicated than mastering a sport like basketball or football. This is even more true when it comes to ski jumping.

To learn how to ski jump, you need to be near a mountain or other area with ski jump facilities. The fact is, such facilities are few and far between. Despite its large size and wealth of ski resorts, America has just 34 ski jump areas, many of which are a far cry from the jumps used in the Winter Olympics and other major competitions.

For those who do live close enough to a place equipped for ski jumping, learning the sport still requires lots of practice, skill, and willingness to start small. Being an expert downhill skier does help one learn and improve their ski jump technique, but only to a limited extent.

The Training Regimen of Ski Jumpers

Participating in any sport at the elite level tends to require year-round training. Some downhill skiers are known to travel between the northern and southern hemispheres so as to always be able to practice their skills on real snow all year. This is not the case for ski jumpers, who spend a lot of time in the gym and don’t even need snow to practice their jumps.

Ski jumpers need to spend a lot of time in the gym, exercising the muscles they need to perform the explosive feats of strength required to speed down the ramp, nail their take-offs, perform dazzling acrobatic moves while airborne, and stick a graceful landing.

Ski jumpers need incredible balance, agility, and strength in their upper body, lower body, and core. Developing and maintaining these skills and strengths can be done through various exercises practicable in any fitness studio.

All of this comes together in the exercise regimen of Kobayashi Ryoyu, an Olympic gold medalist. In the run-up to the 2022 Beijing Olympics, Kobayashi went viral for a video he published of his workout routine.

How do you become a #SkiJumping Olympic #gold medallist?

The video shows the Olympian executing standing jumps over hurdles and balancing on various pieces of exercise equipment.

Traditional exercises like squats are an essential part of any ski jumper’s routine. Still, ski jump training is built around plyometrics, exercises that emphasize exerting muscles to the maximum extent possible for short periods. Plyometrics involves explosive moves executed from a resting position.

Ski jumping venues are built to very precise specifications in terms of their overall height, the angle of the jump, and more. Jumpers preparing for a competition, benefit immensely from having access to a jump designed according to official requirements.

At such a jump site, skiers train by doing what they do at competitions: performing ski jumps. The process sometimes involves focusing on different aspects of the jump on different runs.

For example, a jumper might practice executing a perfect take-off (arguably the most important part of a successful jump) repeatedly without focusing much on acrobatics or jumping a particularly long distance.

But skiers don’t rely on winter conditions and snow to actually practice their daredevil feats of acrobatics. A number of facilities are equipped to allow jumpers to train even in the absence of snow.

Such venues feature a ramp, jump, and landing area similar to those seen at the Olympic level. Instead of sliding down snow, summer ski jumpers ride down grooves carved into ceramic ramps on skis made of a porcelain-like substance.

Believe it or not, the conditions are not all that different from those seen on real snow, with jumpers able to achieve similar jump heights, distances, and airtimes.

On a much smaller scale, skiers can even get some training in with nothing more than a specialized trampoline. Especially for skiers looking to practice jumping for their own sake (rather than training with the aim of winning a gold medal at the Olympics or World Cup), any trampoline offers skiers a chance to practice their ski acrobatics.

The Physics of a Ski Jump

We’ve covered what ski jumpers do to prepare their bodies for a jump and how they practice jumping. But what does a successful ski jump actually involve on a technical level?

Depending on the event (ski jumps are built at various heights) ski jumpers at the highest level sail through the air for about five to seven seconds and travel distances well over 100 meters (328 feet). The world record for distance is a whopping 253 meters (830 feet).

How Are Such Feats of Flight Possible?

Ski jumpers gain speed while racing down the ramp but the key to achieving soaring heights and mind-boggling distances is the angle of take-off. Though gravity pulls them down, air actually pushes jumpers up as they fly.

Jumpers position themselves parallel to the ground and assume a wide-legged V-shape to maximize the effect of the lifting force of the air.

All this involves delicate maneuvering on the part of the skier, hence the need for physical training and practice. As anyone who has seen a ski jumper in action can also surely imagine, flying through the air without any support can be frightening as well as thrilling.

Practice ensures ski jumpers are prepared mentally as well as physically for the unfathomable act of ski-assisted flight.

Even the swiftest falcon began learning to fly as a fledgling mess. For humans, much less naturally equipped for flying than any bird, mastering the art of flying on skis takes intensive training, patience, and extensive experience.

Though it may look easy when the pros do it, ski jumping is anything but.

Ski jumpers master their sport through practice, beginning at smaller jumps and working their way up to Olympic-sized behemoths.

They train by doing, performing ski jumps even on ramps without snow. All along the way, they have to train their bodies via targeted plyometric exercises to improve their strength and balance. 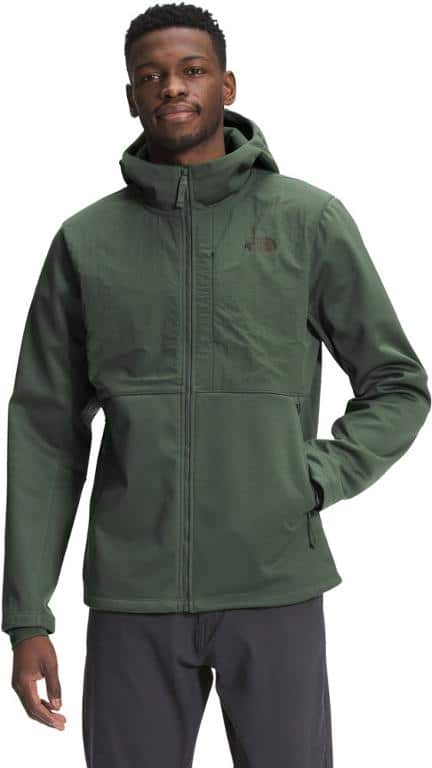 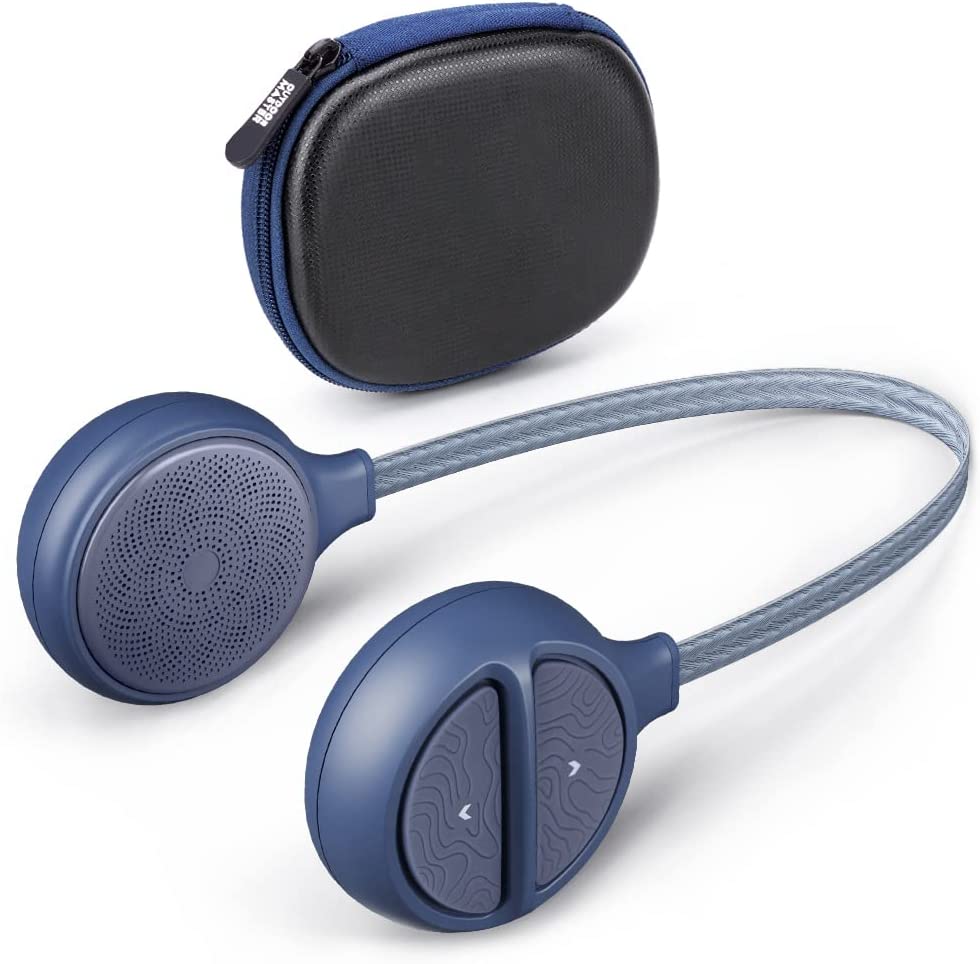