How Much Snow Do Ski Resorts Need? 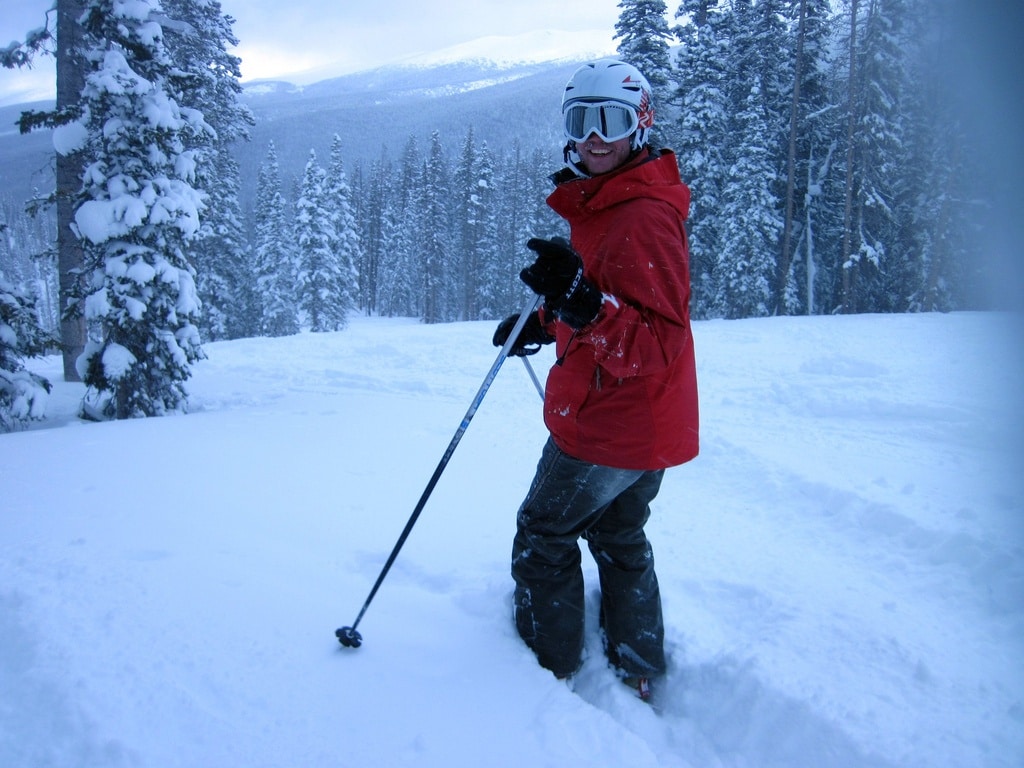 If you’re looking to go skiing this season, you might be checking constantly the weather forecast and trying to work out how much snow you need before the first day of skiing starts.

While each ski resort is different, the very minimum base of snow is around 20 inches (50cm) of snow but ideally double that for the typical resort. The rockier the resort, the more snow it needs to cover the runs. The more snow that has fallen the more runs in a resort will be open and vice versa. Resorts with snow cannons will be able to open with less snowfall.

Snow Cover Depends on How Rocky a Resort is

Many Swiss & French resorts above 200m have little or no plant life and the ground is virtually covered in rocks and boulders. In these ski resorts, you need at least 40 inches (1m) of snow for sufficient cover.

On low-altitude ski resorts that have more grass cover, like the ski stations in the Austrian Alps that are below 1800m, just 6 inches (15cm) of snow cover is skiable.

Grass provides a much softer and more even surface for the snowfall to sit on which means that a smaller layer of snow can cover the landscape whereas boulders and jagged rocks protrude upward at awkward angles, pointing through the snow.

It’s possible to ski just on grass (not recommended without special skis!) while skiing on rocks is impossible.

Within the same resort, some ski runs may flat and grassy while higher runs may be littered with large boulders. That means you need much more snow for some runs to open. It’s for that reason that at the start of the season, a ski resort will often open up only some of the ski runs at a time.

Over the season as more snow falls, more and more ski runs will open up until hopefully, the entire mountain is open and skiable. In rare seasons, not enough snow will fall and the resort will not be able to open all the ski runs and may rely more heavily on snow cannons.

Towards the end of a season, as the temperatures rise and the snow melts, the resort may need to close some ski runs where the snow base is running low. Protruding rocks or gravel can easily damage skis and make skiing very dangerous, so resorts are usually quick to close any runs where the ground below is showing through the snow.

What time of year is the best for Snowfall?

Across the US, the snowiest month is typically January, followed by December, then February. (source).

Plan your ski trip for the best snow by opting for a mid-season holiday or go later or earlier in the season if you want fewer crowds and cheaper accommodation.

See Also:  Is it Safe to Ski Alone? Solo Skiing

What happens if it doesn’t snow at a Ski Resort?

Many ski resorts now have snowmaking machines that pump out snow all season.

While almost every resort needs at least one major snow dumping to make a base of snow, the machines can create snow for the major runs for many months.

Because ski resorts are only open on average 100 days per year, resorts do all they can to stay open. Ski areas in the US spend from $500k-$3.5million per season to make snow (source).

While plenty of natural snowfall is ideal, it’s not always possible from one year to the next. If it doesn’t snow much, the snow cannons will be on as much as possible to pump out fresh powder.

If there is no or very little snow then the ski resort may partially open for a short season and only open runs that have snow canons.

It’s very rare (but possible) that a ski resort can’t open because of a lack of snow.

What is it like to ski on a small base of snow?

Skiing on a small base of snow is the same in most respects as skiing on a large base of snow. The type of snow and how lightly compacted it makes more of a difference than the amount of snow beneath you.

The most important thing is to look ahead and be aware that there may be areas on the piste where gravel or rocks are embedded on the surface of the snow.

Look for and avoid any parts of the snow that are discolored or darker. Small stones and dirt will scratch the base of your skis.

Minor scratches can be waxed over, but deeper gashes that go into the material of the ski base may permanently scar the surface or wreck your skis.

Avoid going near the edges of the groomed slope or off-piste / backcountry skiing in areas that have limited snow. It’s not worth destroying your skis for.

How long does snow last?

The thicker the base of snow, the longer it will take to melt and the more new snow will stick to the slope. Slopes in shaded valleys tend to be colder and have less direct sun, making the snow deeper and longer-lasting. Ski runs that traverse through a valley are usually the first to open and the last to close at every ski resort.

A resort that receives more snow isn’t necessarily better than a resort where the snow lasts longer. Snow tends to last longer in resorts that are at a higher altitude, have colder temperatures, and have more shade (the North facing mountainside in the Northern hemisphere & the South facing a mountain in the Southern hemisphere.)

Typically the first heavy snowfall in the season will lay the ground with a nice base of snow that will last throughout the season in the valleys. The snow on exposed slopes not protected by tree cover will be the first to melt.

Even if the daytime temperature stays above 0ºC (32°F) for many days or weeks, not all the snow will melt. There’s always usually a decent base of snow in the valleys that can be topped up with snow cannons so the resort can stay open.

Throughout a season, even a good season, it’s common for there to be at least a few thaws, rains, and rain freezes. During thaws, the snow will melt and re-freeze as hard-packed snow.

See Also:  What Skiers Wear Around Their Necks To Keep Warm? (3 Options)

Resorts use snowplows to groom the ski runs each day and cannons to add extra powder. Without grooming the ski runs, the snow can become extremely icy and horrible to ski on.

What is the best temperature for Snowfall?

In slightly warmer temperatures, snow can melt and reform as ice crystals or fall with rain as sleet.

When it’s not cold enough for snow, the rain will fall and can turn the top layer of snow slushy or freeze quickly and make for icy conditions.

Can Ski Resorts have too much snow? 🌨

During heavy snowstorms, resorts will close their lifts due to the risks of wind on ski lifts and the dangers of skiers being unable to see in a whiteout.

Although it’s rare for snow alone to close a resort, it’s common for lifts to be temporarily shut off during a heavy storm.

In heavy snowfall, avalanche risk will increase and certain ski runs or backcountry skiing in specific areas will be banned or strongly discouraged.

If there is too much snow, it means lots more work for snowplows who must shift tonnes of snow days to make the runs stable and safe (source).

Typically during heavy snowfall, it’s not the skiing that poses the biggest risk to skiers (although it’s certainly more dangerous) but getting to and from the resort on busy, icy roads.

During ski competitions, too much snow can change the race conditions and slow the skiers.

Typically racecourses are injected with water to make the surface faster, in heavy snow it can build up ruts and bumps that will affect the skier’s technique and speed. (source)

What are good snow conditions for Skiing?

The best snow conditions for skiers are when there is a fresh layer of light powdery snow sitting on a deep base.

Icy or hard-packed snow is challenging to ski on because it’s fast and hard to edge-on, while slushy spring snow feels slow and heavy.

How do Snow Cannons work?

The latest snow machines can make 110+ liters of water into snow per minute and can be re-positioned around the mountain to touch up areas of the slope that need it most.

The best temperatures for making snow are between -5°C (23°F) and -25°c (-13°F). Too warm and the machines are most expensive to run and too cold the water can freeze in the pipes and cause damage to the metal.

The ideal conditions are dry and cold. Too much moisture in the air can lower snow production. The temperature will make a massive difference in how long it takes resorts to create more snow.

Why do Ski Resorts close when there’s still Snow?

Ski resorts tend to have a fixed date of closure, no matter how much snow is still left on the ground.

Unfortunately, the main reason is economics. Not enough people plan ski holidays in May and June and so beyond a certain point, even if there is plenty of snow, it doesn’t make financial sense for a resort to stay open.

There are lots of hidden expenses to running a ski resort, and it’s difficult to plan around the weather and always get it right. Some resorts close too early and annoy customers while others close too late and give skiers a bad experience.

I run over the main expenses of running a ski resort and all the reasons ski resorts close early: Why Do Ski Resorts Close When There’s Still Snow? 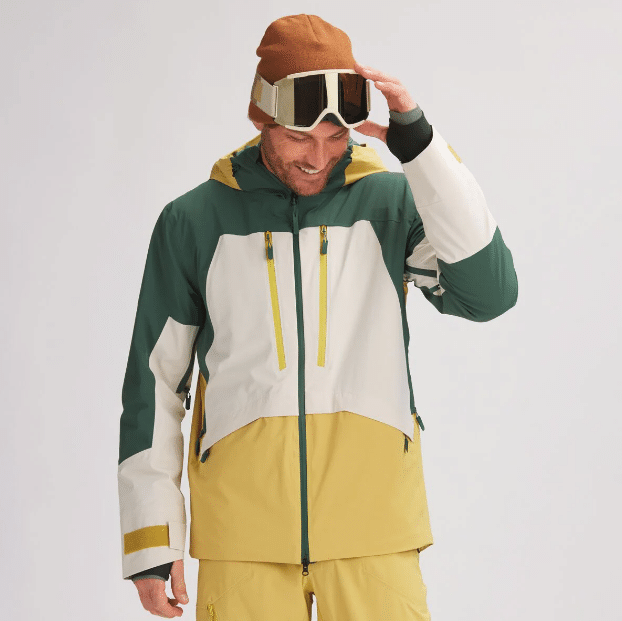 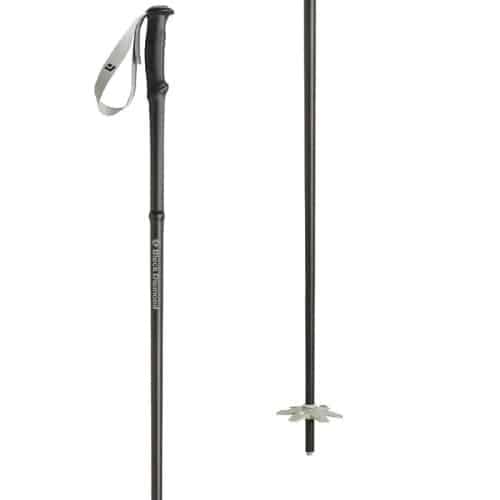