How Long Does It REALLY Take To Learn How To Snowboard? (7 Day Journey) 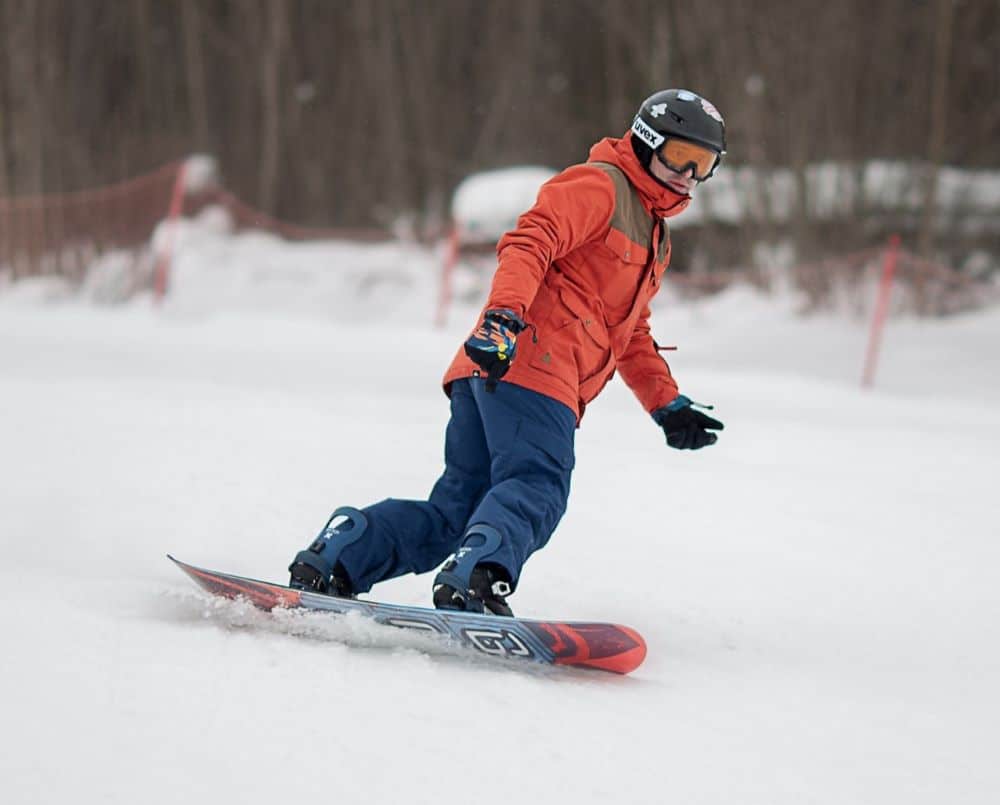 It’s no surprise that you want to learn how to snowboard. It’s a thrilling sport and one that isn’t too hard to learn. You’ll soon fall in love with snowboarding, but exactly how long does it take to get comfortable on the slopes?

For fast learners with previous skiing or board experience, you should be able to make good progress in a day or two of lessons. For those with no relevant experience, it may take up to a week to feel comfortable on the slopes.

The exact time it takes will depend on several factors. Read on to see what they are and how long it’ll take you to learn.

Where Did Snowboarding Come From?

Compared to skiing which is said to go back thousands of years, snowboarding is a relatively modern invention. The story goes that in 1965 a man called Sherman Poppen decided to create a new toy for his children by tying two skis together.

Poppen called his invention a snurfer as it combined skiing and surfing. While snurfing increased in popularity, others put their own spin on this new invention and the name snowboarding came to be.

The two names were both used until the 1980s when the term snurfer faded away as snowboarding exploded in popularity. In 1982 the first USA National Snowboard race was held and by 1985, snowboarding had its own World Cup.

Fast-forward to 1998, snowboarding became an Olympic sport and has been so ever since. While still not as popular as skiing, millions of people from all over the world enjoy snowboarding every year.

Part of the reason for that popularity is that it’s not too difficult to learn and offers a very different experience to skiing. But exactly how long does it take? Keep reading to find out more!

The Theory Behind Snowboarding

The idea of snowboarding was inspired by older sports such as surfing and skateboarding. It’s easy to see why, as all these sports, including skiing, involve similar demands for balance, body shifting, courage, and skill.

If you have any type of experience in any of these sports, then it’ll make your transition to snowboarding a lot easier. That’s because you’ll have a natural feel for how to shift your weight and turn through your board.

As you get really deep into the world of snowboarding, you will find out that there are different styles. Popular snowboarding types include freestyle, freeride, and all-mountain. Each one of these has different demands but for now, let’s focus on the standard snowboarding technique.

How Long Does It Take To Learn To Snowboard?

Well, the answer can vary depending on a few key factors. As we mentioned above, one of the biggest factors is experience in a similar sport. While surfing and skateboarding will give you some great base knowledge, any expert skiier will find the transition quite easy.

If you’re a quick learner who is comfortable skiing, then it’s likely only going to take you a day or so to become comfortable on a snowboard. If you have other relevant experience such as with other board sports, then you’ll most likely only need 2-4 days, depending on your natural skill level.

If you are a total beginner, you will need to find an instructor. Generally, you can learn the basics of snowboarding within a week. By the end of the week, you should feel confident in handling blue slopes and you’ll have fallen in love with snowboarding!

There are those who say you can learn snowboarding in just a few hours but you shouldn’t have those expectations. If you’re a master skier, then it’s definitely possible but it’s best to be patient and expect at least a day or two to learn.

As you’ve seen there, we’ve been a little vague about exactly how long it will take. The reason is because there are quite a few different factors that affect how long it takes. Let’s take a closer look at what they are.

Factors Affecting How Long It Takes To Learn

When learning to snowboard, it’s best not to compare yourself to anyone else. We all learn at different rates as we’re all different. Here are the most important differences that you should keep in mind.

Snowboarding involves input from the whole body to move and control the board. You will also need to slide, skate, and glide, which requires flexibility and a high level of fitness.

If you’re not very fit, then learning to snowboard is going to be more difficult for you. As you get more tired, it will limit your ability to maintain balance and a proper stance. You’ll also need more breaks throughout the day.

If you’re about to go on a snowboarding trip, then we’d recommend putting in some cardio beforehand and also work on your core. It’ll make the learning process much easier.

Age also plays a big role in learning to snowboard. For children aged 7 and under, the learning process can be quite slow. As they get older, they’ll pick it up quicker. This is because young children simply don’t have the same level of motor skills and physical growth. They can still learn at a young age, but a little more patience is required.

Conversely, an older person may take a bit longer to learn due to the physical demands of the sport. The perfect time to learn is the late-teens and early 20s but those in their 30s and 40s will be able to pick up the techniques quickly.

See Also:  Snowboarding vs Surfing: What is The Difference?

Skiing and surfing share many similarities with snowboarding. For those trained to ski, you will find no difficulty in understanding the basics of snowboarding. The two sports aren’t as similar as you may expect, but your learning time will still be minimal.

Fear and confidence are huge barriers in snow sports. Once you’ve overcome most of that fear, it makes learning so much easier. If you’re a complete beginner, then you’ll also need time to feel comfortable on the slopes.

Previous knowledge of snow or board sports means you’ll have fewer of those fears, which also aids in learning speed.

As a snowboarding beginner, you will need to know a few basics early on. The right type of clothes and gear is vital, and they aren’t always the same as for skiing. Let’s take a look at what you need.

Apart from the board, the boots are the biggest difference between skiing and snowboarding. You can’t snowboard in a pair of skiing boots and vice versa. Finding a comfy pair of snowboarding boots will not only reduce pain but allow you to learn faster.

Snowboard boots are more flexible and much easier to walk in. If you’ve only ever skied before, that’ll probably come as a pleasant surprise! Skiers will also be used to their boots being released from the ski during a crash. This doesn’t happen with snowboarding, as your boots will stay attached to the binding unless you physically release them.

For the rest of your outfit, you will need pants and a jacket. You can get a full snowboarding suit that consists of both of them instead of buying them separately.

ThermacoreECO insulation is lightweight and soft, providing superior warmth-to-weight performance using bluesign approved over 90% recycled fibers that are easy to care for.

The Men’s Antora Jacket is a modern silhouette inspired by our iconic Mountain Light Jacket. Made with 100% recycled fabrics, this water-proof, breathable, and windproof shell features secure-zip pockets and an adjustable hood.

The rest of what you need applies to any snow sport. The two main aims are to stay warm, and to stay safe. You will need a helmet and a pair of goggles. Finally, get a high-quality pair of gloves.

Soft tpu frame with lenses that provide 100% UV400 protection and years of reliable use.

If you’re a complete beginner, don’t expect to be speeding down a black slope after a few days of snowboarding lessons. If you’re new to the sport, it may take a week to feel comfortable. If you’re a quick learner with relevant experience, then it may take just a few days.

It’s important to get a full grasp of the basics and not get too far ahead of yourself. Take lessons and listen to your instructor. Learning is fun and once you perfect that first turn, you’ll have a huge smile on your face! 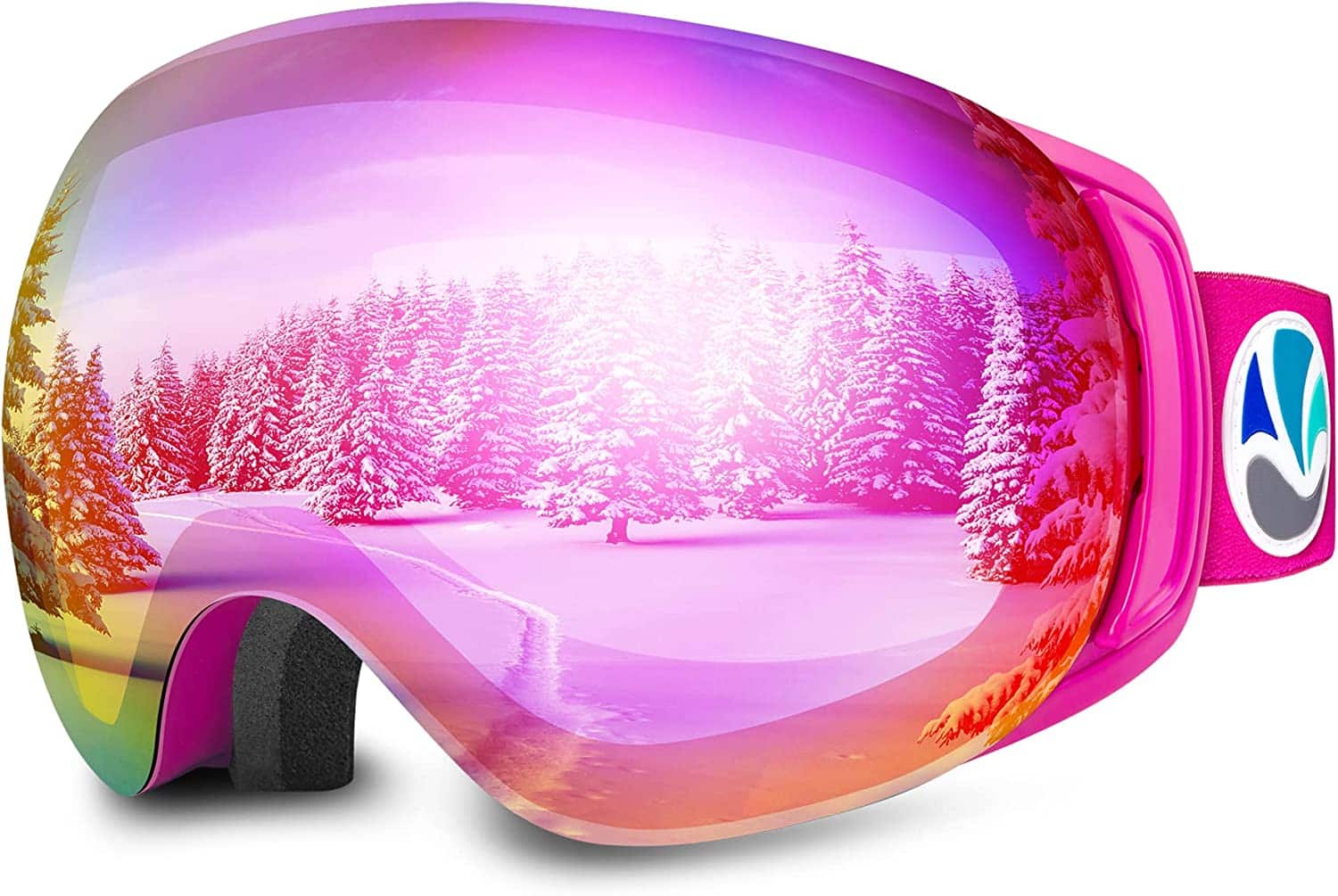 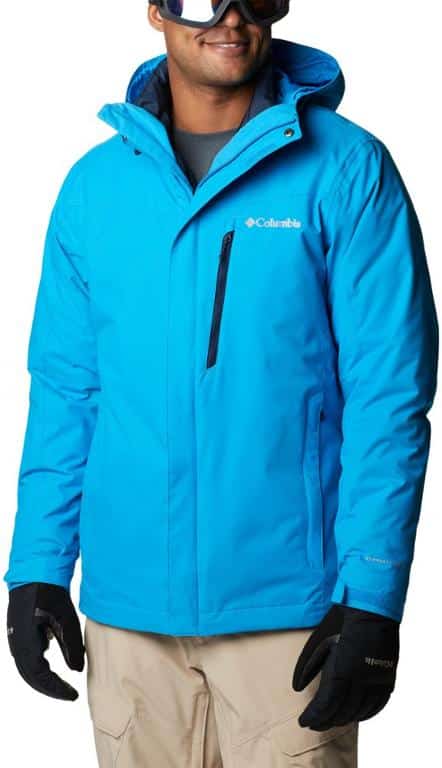