How Long is a Typical Ski Season? 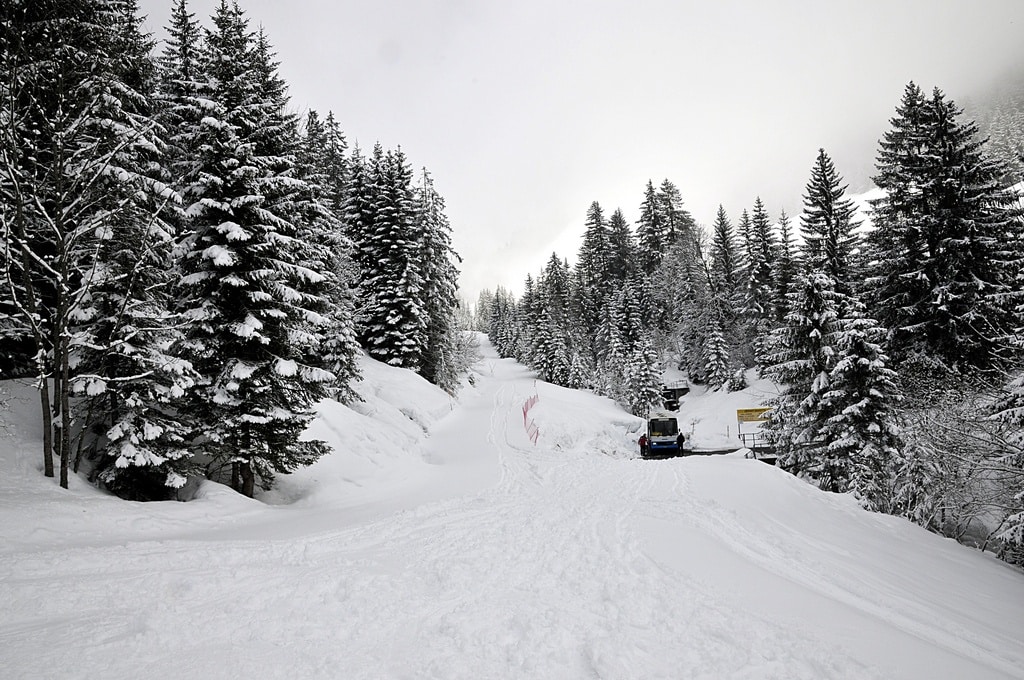 Interested in learning to ski and want to know how much time on the mountain you’ve got?

The exact length of a ski season depends on how much snow there is, the local climate and if it is profitable for a ski resort to stay open beyond a certain point in the year. For most ski resorts in Europe and the U.S. a typical ski season is between five to six months (180 days). The season usually starts in November and carries through to April or May.

In the Southern hemisphere, as the Earth is tilted away from the sun, the skiing season runs almost the exact opposite. In Chillie and Argentina for example, the season runs from mid-June to mid-October (source).

Ski season length around the world

These are the approximate lengths of seasons based on previous years. Actual season length is weather & resort dependent. Different resorts within a country will vary a lot. 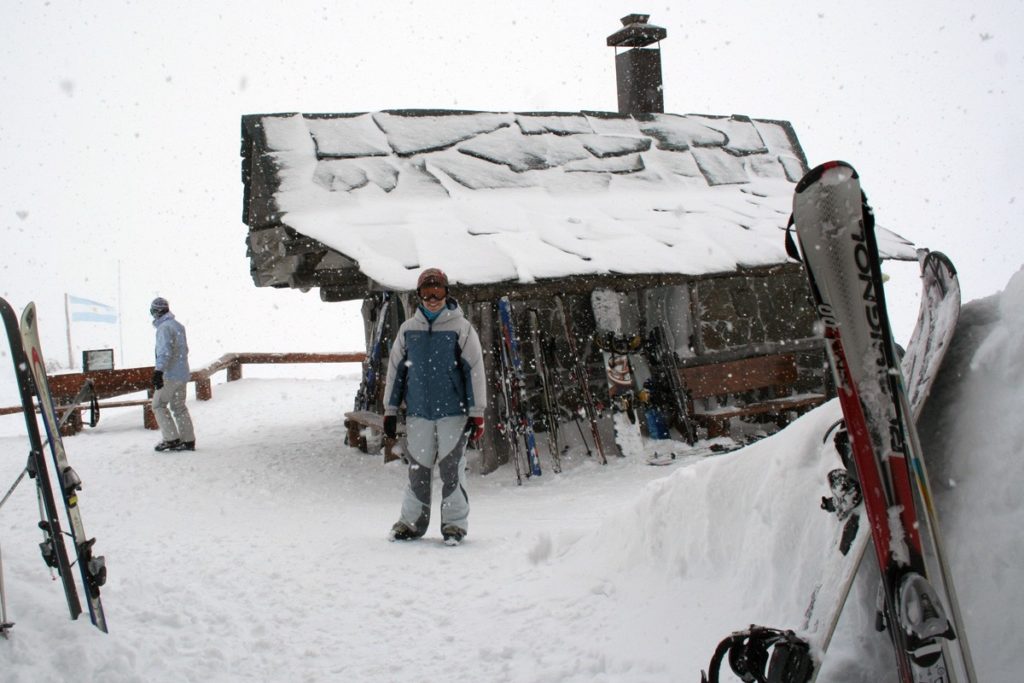 The local climate plays a massive role in how much snow falls and how long the ski season can be. Snowfall is necessary for any ski resort to open.

Resorts higher up mountains tend to have snow for longer as it takes longer for the temperatures to rise in Spring to melt the snow. For example, my local resort, Sierra Nevada despite being the most southerly in Europe lays high up (above 3,00om) and is predominantly south facing which means the season extends to early May (later than many resorts thousands of miles North).

Percentage of slopes facing towards the sun.

Noth facing slopes (Northern Hemisphere) are facing away from the sun and so are naturally colder, shaded and tend to have much more snow that lasts for longer.

See also  Should You Really Ski or Snowboard in Jeans?

The resorts that open the longest tend to have the majority of their slopes facing away from the sun.

Believe it or not, many ski resorts will usually close at their planned closing date even if there is plenty of snow.

There are a few reasons for this, but the main reason comes to profitability. After Easter visitor numbers keep dropping and beyond a certain date, not enough revenue comes in to justify the continued expense of running the lifts.

I wrote a whole article on this and explore why it costs so much money to run a ski resort: Why Do Ski Resorts With Snow Close Early?

When do ski resorts open?

Most ski resorts open in October/November, but some may open earlier or later depending on the local weather and how much snow has fallen.

Typically ski resorts will open for the first day of the season once there is enough snow on the ground to form a base layer (more on that below).

After years of knowing the mountain and local weather patterns resorts will usually set a day of opening in advance that has a very high probability of being cold enough for snow to fall and for snowmaking machines to work (-2°C / 28°F). 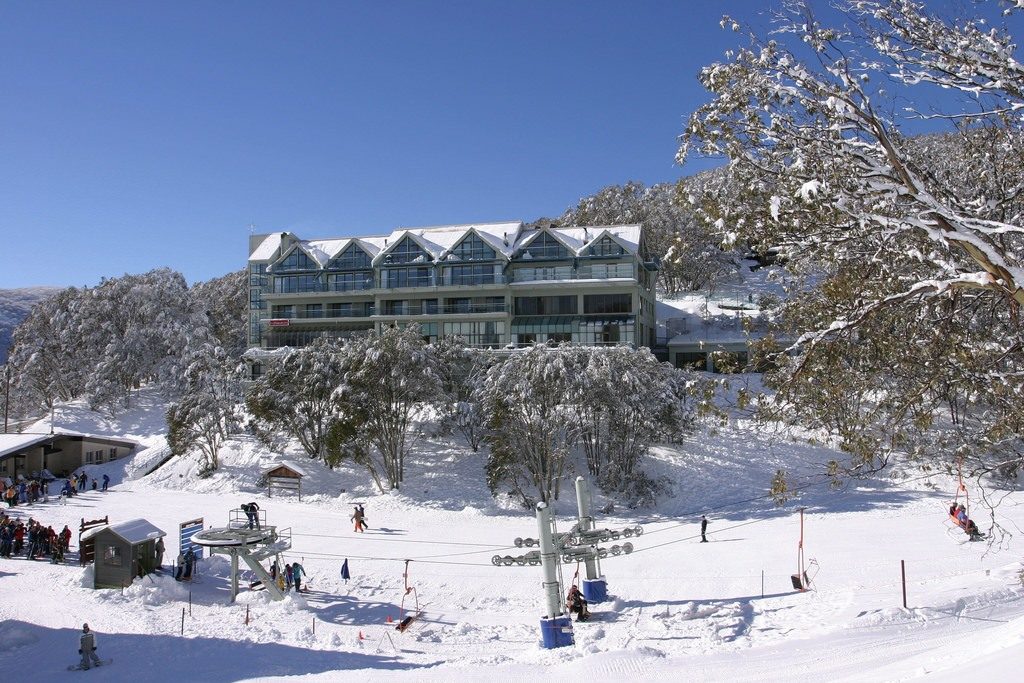 How much snow do ski resorts need to open?

Each resort is different but, at a very minimum a base of snow of around 20 inches (50cm) but ideally, double that before the main groomers can open. The rockier the terrain the more snow you need to cover the ground (generally higher altitude resorts). The more grass the less base of snow you need to open slopes.

With a base of snow on the ground, it helps fresh snow stick easier, including man-made snow from snowmaking machines that increasing more ski resorts, are relying on.

Even without any snow, but with cold enough temperatures ski resorts with enough snow canons are able to open at least a few groomers to start the season.

If you want to know how much it costs to run snowmaking machines and much more read my article: How Much Snow Do Ski Resorts Need?

Will ski resorts open early if there is snow?

If there is a heavy snowfall before the projected opening date some resorts may open early, but even with fresh snow, it takes a while to prepare the groomed pistes. The ski resort also needs its workers (ski patrol, lift operators etc) to be available if they want to open earlier as well as deal with all the logistics that come with an unscheduled early opening.

When do ski resorts close?

Most ski resorts in the Northern Hemisphere (North America, Europe) close in April or May. Some resorts at higher altitude with more snow or predominantly south-facing slopes can stay open until early June or even July.

Timberline Lodge in Oregan (U.S.) is a unique resort which still has access to some snow at the top of the mountain throughout the year which allows it to stay partially open later in the summer and on weekend in the Autumn (weather permitting).

As the temperatures rise and the snow melts, more of the resort’s trails will begin to close. Spring skiing can be great fun and you’ll benefit from cheaper lift tickets and accommodation and fewer crowds on the slopes.

If you want to know what the snow is like in the Spring and all the pros and cons I wrote: Your Guide to Warm Weather or Spring Skiing 🍃🌤

See also  How To Ski A Halfpipe (For the First Time)

The projected closing date is based on the 2017 season. Data source.

Will ski resorts stay open if there is snow?

As I mentioned above, some resorts will stay open if they have enough staff and project they can turn a profit. Unfortunately, most resorts will not.

If there is a massive amount of snow in the middle of the season then they can predict that they have enough snow to last them longer a resort may make a decision to extend the season ahead of time.

This year, Breckenridge Ski Resort did just that, extending it’s season by a whole month, from late April to the end of May.

Countries you can ski in the Southern hemisphere

Countries you can ski in the Northern hemisphere

The number of countries with ski areas:

In Europe and North America, Christmas time is usually the busiest period. If you are able to avoid holidays and go skiing mid-week you’ll have more space on the slopes and fewer wait time at the lifts.

Early season or late season skiing is a great way to save money (ski pass discounts are common as resorts try to attract more people) and have more space on the piste. The caveat is that the snow conditions might not be as good and parts of the mountain may be closed.

With work commitments and kids, the best time to go skiing is any time you can make it to the mountain!

While most ski seasons are five to six months, the precise length is decided as much by the amount of snowfall as the profitability and logistical challenges of staying open late into the spring or summer.

TL;DR:  Typically 5-6 months from November to April, May or June (or from June to October in the Southern Hemisphere.)

Before you book your ski trip, be sure to check the snow report for the resort by checking the official opening and closing times on the resort’s website – as these do change from year to year. Any announcements about opening/closing early or late will be on there. Only believe it when you see it writing!