How Does Humidity Affect Snow? Does It Melt Faster? 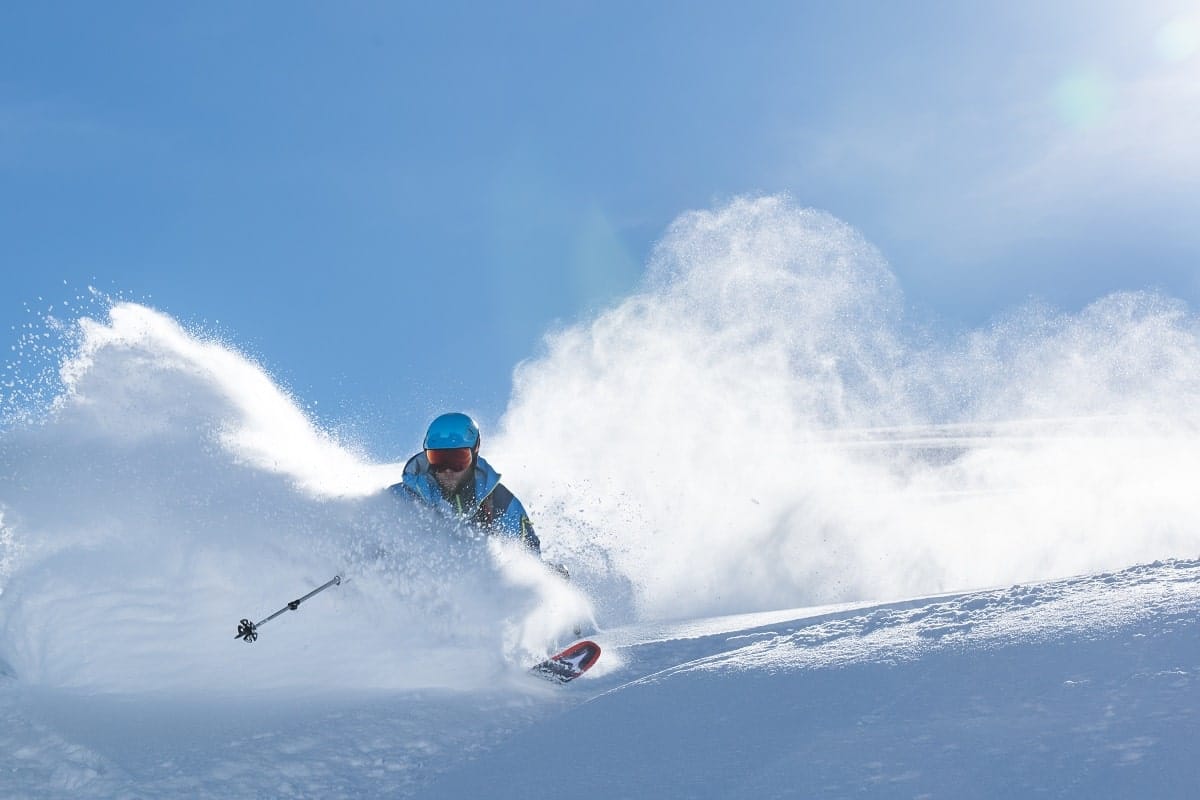 If you’re like me, you probably find yourself always chasing the perfect conditions for a day of fresh powder. Most of us know that snow requires low temperatures at high altitudes, but what about humidity?

The quality of snow is a function of both air temperature, pressure, and humidity. Low humidity and air temperature are ideal for creating dry powder. High humidity can prevent snowfall entirely, converting it to rain as it falls. It also causes snow the melt faster, despite low air temperatures.

So how exactly does humidity effect snow formation?

How Does Snow Form?

Snow forms when the right conditions occur well above the surface it falls on. The primary causes of snow are low air temperature, sufficient moisture at the right altitude, and low enough humidity.

For snow to be formed requires enough moisture in the air to form clouds at low enough temperatures. This is typically a result of varying air temperatures based on the different altitudes of the clouds. At 0 °C the moisture in these clouds freezes.

If enough of these tiny crystals stick together in the clouds, they become heavy enough to fall to the ground. As they get lower to the ground and melt slightly, they can stick to other crystal groups and form a snowflake.

The first place humidity affects snow is in its formation in the clouds. The air that the freshly formed crystals fall through needs to be moist or humid enough to melt the edges of the crystals to allow them to stick.

That being said, with too much humidity in the air, too many of these crystals can join together. This makes the snow more denser, which is not exactly a desirable quality for skiing.

Humidity also affects how a snowflake’s shape is determined, but that involves a bit too much unnecessary detail to worry about. In a nutshell, humidity plays a role in the structure of a snowflake, and in turn, how quickly it melts.

Yes, high humidity levels will cause snow to melt faster. High humidity allows for more energy, in the form of heat, to be transferred from the air into the snow.

Without getting too scientific, this is because energy (heat in this case) always wants to go to a cooler source to have an energy balance. When this happens, heat enters the snow, which causes the snow to melt when the snow moves from solid ice to liquid water.

This might not be the clearest explanation, but I like to think about it like putting ice in a glass of water versus leaving it out in the air. The ice will always melt faster in the glass of water due to the increased humidity than in the relatively drier air.

With even more humidity, you might find it rains, rather than snows even though the temperature is below 0 °C. This is because any snow that forms at higher altitudes melts as it falls through the warmer, more humid air.

Let’s go over some of the questions most people want to know regarding the relationship between air humidity and snow. I have definitely found myself wondering at least a few of these.

See also  How Long is a Typical Ski Season?

What Humidity Does It Snow At?

Humidity affects snow from beginning to end. Along with air pressure and temperature, it determines the structure a snowflake will have.

When it comes to fallen snow, air humidity affects how fast the snow will melt. Again, this is also changed by the temperature and pressure of the surrounding air.

With a low enough temperature, less than -6.7 °C, you will likely find snow even with 100 percent humidity. Higher than this, but lower than -1 °C, the ideal humidity is anything less than 40 percent.

The short answer is not really. High humidity usually causes snow to melt faster, as well as produces wetter snow. It’s no secret that skiers and snowboarders prefer fresh powder snow, which is a result of the right mix of air pressure, temperature, and low humidity.

Powder snow is typically a product of low humidity, creating drier snow that is less prone to sticking to other snowflakes.

What Causes Snow to Melt Faster?

Apart from that, high humidity can help snow melt even in relatively cooler temperatures. This is because heat can more easily transfer from the surrounding air into the snow, raising its temperature above freezing.

Humdity has several effects on both the formation and the melting of snow. In the context of skiing and snowboarding, high humidity is not a good condition for high-quality snow. High humidity typically causes wetter snow that is less enjoyable to ski on.

It also allows the snow to melt faster, even at relatively low air temperatures. For the best snow conditions, low temperature and low air humidity will usually be best as this forms more desirable drier and powdery snow.