How Dangerous is Skiing Compared to Other Sports? (The Truth) 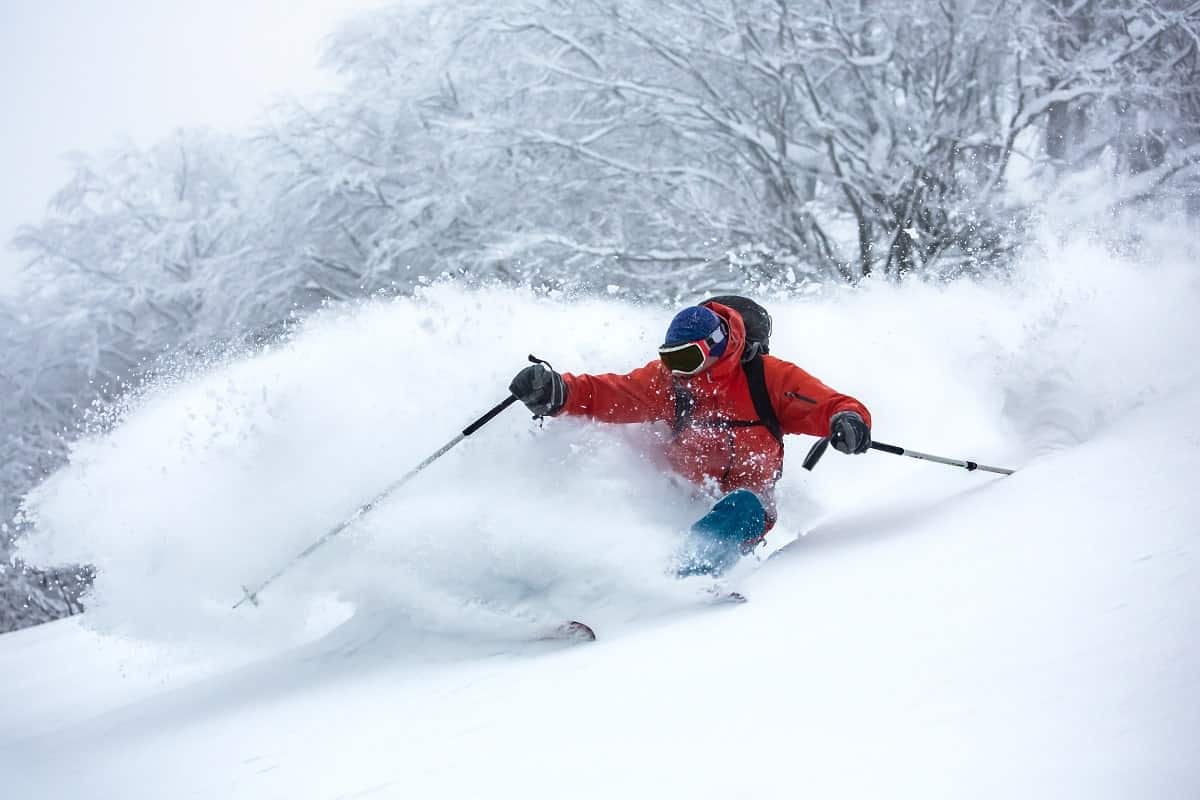 If you’re new to skiing, you may be asking yourself how dangerous skiing is compared to other sporting endeavors. It may seem incredibly dangerous to come flying down the snowy mountainside but how likely are you to suffer from an injury compared to say American football?

Skiers should always wear the proper gear — such as protective layers and a helmet. If you ski responsibly, you’re relatively safe and aren’t likely to injure yourself during your time at a ski resort. You’ll likely encounter groomed ski slopes, so you won’t have to worry about any rocks jutting out or random trees in your path. Skiing isn’t as dangerous as other winter sports such as snowboarding or ice hockey.

How Does Skiing Compare to Other Popular Sports?

When looking at the statistics surrounding skiing and other sports and an athlete’s chance of death whilst participating, skiing doesn’t come in at the top of the list. In fact, swimmers are nearly 30 times more likely to die while in the water.

Compared to notoriously violent sports, such as ice hockey and American football, skiing is considered fairly safe. You don’t expect to collide with another person while you’re skiing, whereas this is a frequent sighting in those sports.

If you’re freestyle skiing or going on a cross country route, you may experience a higher likelihood of running into a lone tree or protruding rock— but experienced skiers know to stay alert for such obstacles. Freestyle skiing involves large jumps and tricks that involve the skier flipping and twisting around, which increases the likelihood of an injury if things go awry.

From a study done in 2019, it was concluded that have fallen by 4% within the past decade — while injuries in ice hockey have increased by nearly 200%. While skiing is getting objectively safer, other sports are getting more and more dangerous for players.

See also  Why Do They Often Go Down The Ramp Backward In Big Air Skiing?

Most Common Injuries in Skiing

There are always potential injuries and mishaps that can take place in any sport and skiing is no exception. There are a few injuries that are more common than others, just due to body positioning and the speed at which downhill skiing can pick up.

Many sprains aren’t a big deal and can be healed with some ice and elevation after several weeks. However, they will certainly cut your ski season early — so it’s best to take preventative measures before you head to the resort.

You can decrease the likelihood of a serious head injury by wearing a properly fitting helmet and that’s one piece of gear that no skier should head to the slopes without. If you accidentally collide with anything, a helmet will go a long way in protecting your head.

There are many protective braces on the market for ankles, wrists, knees, and shoulders. If you have a previous injury especially, it’s important to invest in one to protect yourself from injuring the same area again.

What Are the Most Common Dangers in Skiing?

There are a few common things skiers will run into at some point while out on the slopes. It’s likely that after you’ve accumulated many hours on the mountain, you’ll have encountered a few of the items on the list.

Wearing the proper gear and sunscreen on your face can prevent any sunburn from occurring and can also keep you warm to avoid exposure or frostbite. Most avalanches occur in the backcountry and avalanche safety should always be a top priority for skiers.

There are around 38 deaths that occur while skiing per season. This is out of millions of skiers, so the likelihood is fairly low.

See also  How Long is a Typical Ski Season?

Tips For Decreasing Your Chances of Injury While Skiing

If you’re concerned about the inherent danger level of skiing and want to adequately prepare yourself for the wintertime, you have some options. Regardless of whether or not you’re a brand new skier or an experienced one, these tips can benefit anyone.

During the off-season, you can be working out and keeping your body active to ensure that your muscles and body are ready for a full day of skiing. If you’ve been sitting on the couch all year, your body won’t have the endurance and stamina to handle the strenuous side of skiing.

Make sure that your gear and equipment fit properly and snugly. If your helmet is too loose or too large for your head, then it won’t be able to do its job effectively. If your boots are too tight, you’ll find yourself uncomfortable and you may be more likely to sprain an ankle.

Some people believe that skis only need to be tuned once per season. They actually should be tuned after 5-7 days of skiing. This ensures that they stay in proper working order.

Depending on what type of skiing you plan to do, you’ll want to ensure that you have the proper skis. Cross country skis differ from downhill skis, as they serve different functions and purposes. Skis come in a variety of different lengths, weights, and patterns — so make sure you have the ones that best suit you.

By staying focused on the course in front of you, you’re more likely to see a potential obstacle before it’s too late. If you sight a tree in the foreground, you can ensure you give yourself enough space to ensure you don’t collide with it.

Unless you are planning on going out into the backcountry, it’s best to stay on the visibly marked trails. These trails will be the safest way to get down the mountain and it’s highly recommended that beginners adhere to them. Similarly, only take trails that match your skill level.

See also  Why Are Ski & Snowboard Pants So Baggy?

It’s always best to have a designated buddy when you’re skiing. This way, you can look out for each other and if an injury were to occur, you’d have help on the way quickly.

If a blizzard is approaching, it’s best to seek shelter immediately and not attempt to ski through the low visibility. This increases your level of danger exponentially as you’re more likely to hit a foreign object.

Before strapping on your skis, it’s smart to warm up your body with a few stretches. This gets your muscles ready for the upcoming exercise and you’ll be less prone to straining or pulling anything.

While it can be super fun to go up and down the mountain all day, it’s important to take breaks for water and snacks to keep yourself mentally alert and physically up to the task. It can be easy to forget to eat or drink and you’ll be more likely to make a mistake if you let yourself get too tired or dehydrated.

Skiing isn’t actually as dangerous as it may seem and if you practice proper safety protocol and you ski responsibly, you’re not likely to suffer from any serious injuries aside from some soreness from falling on your butt if you’re new to the sport.

Don’t let the potential dangers scare you away from putting on your boots this winter as skiing is actually becoming safer all the time and is a much safer alternative for contact sports. There’s nothing quite like getting out into the fresh cold air of the mountain and admiring the beautiful scenery around you.

Understanding the best skiing practices is important and something every skier should brush up on before heading up the ski lift. Wearing the proper gear and a well-fitting helmet goes a long way in protecting yourself from serious injury — as well as staying on marked trails so as to avoid any potentially dangerous obstacles.