How Common Are Avalanches When Skiing? 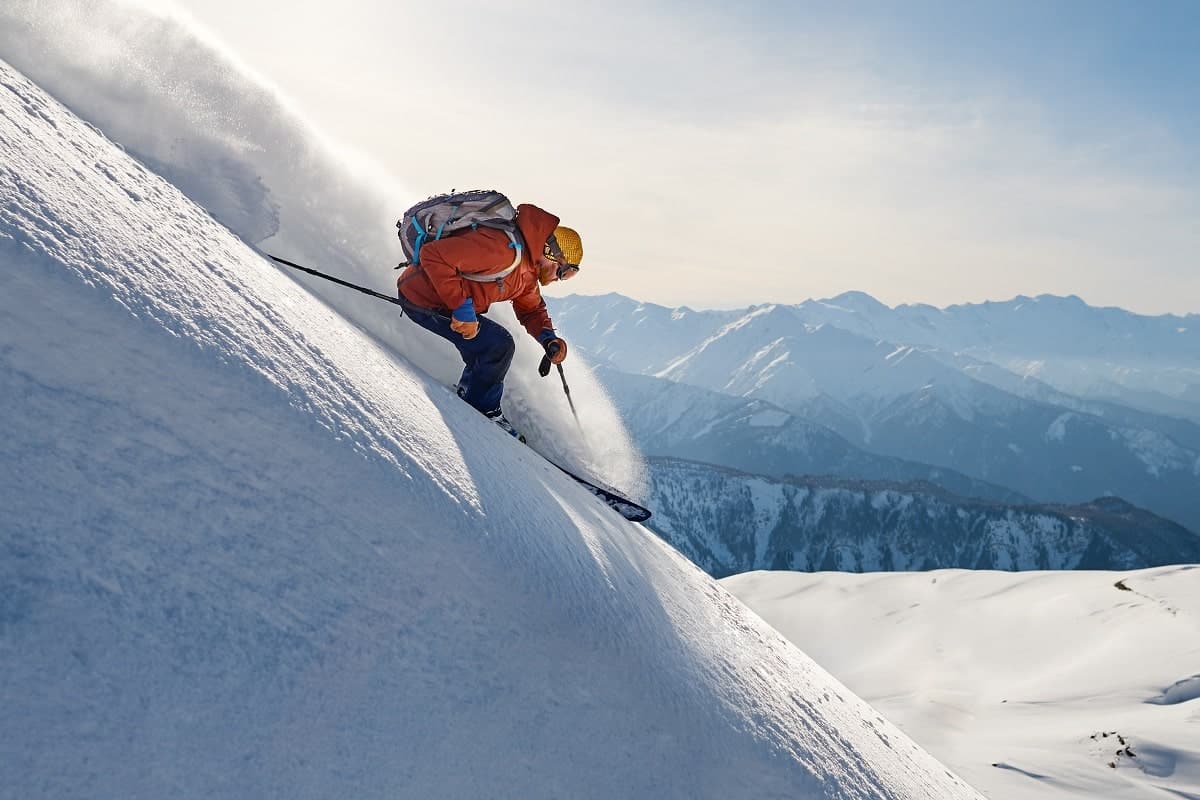 Avalanche safety is often a number one priority on the minds of skiers every year. Avalanches can be terrifying and deadly and not even the most experienced skier wants to be caught up in one.

Avalanches aren’t nearly as common within the bounds of a ski resort as they are in the backcountry. This is due to resorts taking extra precautions on behalf of their guests to ensure the safest possible experience. Many people will ski for a lifetime without encountering this winter disaster — though it’s a good decision to be well informed on avalanche safety before you hit the slopes.

Do Skiers Cause Avalanches?

Avalanches are the result of a slab of snow and ice sliding down a mountain and several things can trigger these sudden movements. Skiers can in fact cause them if they ski over an area that was already getting too heavy and then suddenly the snow begins to slide — resulting in an avalanche.

There’s really no telling when this moment will occur. However, it gets more likely the steeper the mountain is. Between a 30-degree and a 45-degree angle, the likelihood of an avalanche is much higher than a flatter portion of the mountain.

In 2020, the reports showed that 37 people died from avalanches in the United States. Many of these deaths were inadvertently caused by the people who ended up passing away in the avalanche.

When a person skiers or snowboards over a particularly weak area, this bit of extra weight and movement can set off a disaster. Any particular layer of snow can only bear so much weight and once that amount is exceeded, it becomes liable for a sudden collapse.

Are Avalanches Common in Ski Resorts?

Luckily, if you’re enjoying your holiday at the ski resort this year — avalanches are very rare inside the boundaries of the resort. You and your family can rest easier knowing that you’ll likely not encounter one during your ski trip.

See also  Do Slalom Skiers Really Hit The Flags or Gates On Purpose?

However, you should still educate yourself on avalanche safety just in case. It’s never a bad thing to be prepared for the worst.

Ski resort patrols are always watching the weather and weighing the potential of an avalanche based on the reports. Rest assured, they’re busy tracking the snowpack before the resort even opens for the season.

At times, ski resorts will even purposefully trigger an avalanche with explosives to ensure that the area will remain safe for skiers and snowboarders. In a sense, they’re getting the avalanche out of the way in a controlled environment where no one is in any real danger of being packed under the snow.

There is never a guarantee that an avalanche won’t occur in bounds at a resort. Since 2010, 5% of avalanche deaths have occurred inbounds involving guests at a resort. Avalanches are an inherent risk that skiers and snowboarders take on when they put on their gear and head out for the day.

Can You Outrun an Avalanche on Skis?

While it may feel like you can speed your way to safety down a mountain quicker than the avalanche can reach you, this is rarely the case. Avalanches can move up to speeds between 60 and 80 miles per hour — making it incredibly difficult for a human to outrace them.

Avalanches can reach their highest speed around 5 seconds after they begin. During this time, most people wouldn’t even have had a chance to react yet — much less put enough distance between them and the impending snow sheet.

Your best bet after being buried under the snow of an avalanche is to have someone in your party dig you out quickly. There is a small window of time where 90% plus of victims can be retrieved from the snow but this number begins to dwindle the longer they’re stuck underneath the pile of debris.

Snowmobiles have a slightly higher chance of outrunning an avalanche but even they may not be able to get down the mountain quick enough. They’re using a motor and a skier simply has their own body to propel them forwards, so it shouldn’t come as a surprise that skiers have little chance of “outracing” a sudden avalanche.

See also  Should You Really Ski or Snowboard in Jeans?

What Do You Do If You’re Caught In An Avalanche?

Well, if you can’t outrun the avalanche on skis — then what should you do? One of the best pieces of advice is to move perpendicular to the avalanche to try and get out of the middle of it. You may still end up caught up in the snow but it shouldn’t be the direct center where it’ll be the deepest.

Grabbing onto something stable nearby, like a tree trunk is another tip for people who find themselves in an avalanche. A tree or rock can help you keep yourself sturdy and planted in one spot.

In the event that you do think you’ll be buried by the snow, it’s helpful to stick an arm or a ski up to help the rescue team locate you quickly so they can begin digging you out. During all of this, it’s crucial to stay calm.

If you’re mainly skiing within the boundaries of a resort, many precautions will have already been taken for you. Runs will be preemptively shut down if they’re deemed at risk and avalanches will be purposefully set off in a controlled environment without any skiers present.

For individuals looking to take extra precautions or who are thinking about skiing in the backcountry — there are a few beginner tips to help you prepare yourself further.

1. Stay Off Slopes Over 30 Degrees

Slopes that are between 30 and 45 degrees are much more likely to be avalanche-prone. Steeper slopes are less likely to accumulate as much snow, as it’s being sloughed off more frequently. Flatter slopes, of course, are less at risk of having a massive sheet of snow sliding down.

If you choose to ski down a steeper slope, you’re taking a huge risk and one that may not be worth the adrenaline rush.

At a minimum, you’ll want a beacon, a probe, and a shovel. Avalanche beacons can pinpoint exactly where you are, which makes it easier for you to be found and rescued in the event of an avalanche.

See also  How To Pick The Correct Ski Length?

Before you ski at your own risk in an avalanche-prone area, it’s best to do some research on what equipment to buy just in case the worst happens. Some backcountry skiers choose to purchase inflatable backpacks and reflectors to further help their chances of survival.

The Submersipack is constructed of TPU coated nylon which is highly resistant to punctures and tearing.

3. Check the Avalanche Forecast Before Heading Out

Avalanches are most common during and directly after a storm — so it’s best to wait for the weather to be clear for 24 hours before gearing up and snapping your skis on. Depending on where you’re skiing, there should be a local avalanche forecast available for you to read.

Many states, including Colorado, have their own avalanche forecast websites. It’s not a bad idea to check them out in the morning before you head outdoors.

4. Take a Safety Class and Practice With Your Gear

There are classes available for avalanche safety and the best tips on how to actually survive one. These classes are often geared to backcountry skiers, who are more likely to encounter an avalanche and need the tools to potentially dig themselves out and call for help.

It’s also a good idea to practice using your avalanche beacon or transceiver to ensure that you know how to operate it. Trying to learn how to use a new piece of equipment during an incredibly stressful event may leave you at risk of panic.

Stay Safe From Avalanches This Season

Avalanche safety is one of the most important things that new skiers and experienced skiers can be informed of. While not as common in ski resorts, there is always a potential and it makes sense to be prepared just in case.

If you enjoy skiing the backcountry, it doesn’t come without its own risks, and ensuring that you have the proper gear is only the first step in increasing your chances of survival in case of an avalanche. Taking a class on safety tips and staying aware of your surroundings is just as important.

With over a hundred thousand avalanches a year in the world, it’s important to respect the power of the mountain and how in an instant, someone’s life can be lost to the snow.