How Common Are Skiing Accidents? What’s The Chance Of Getting Injured Skiing 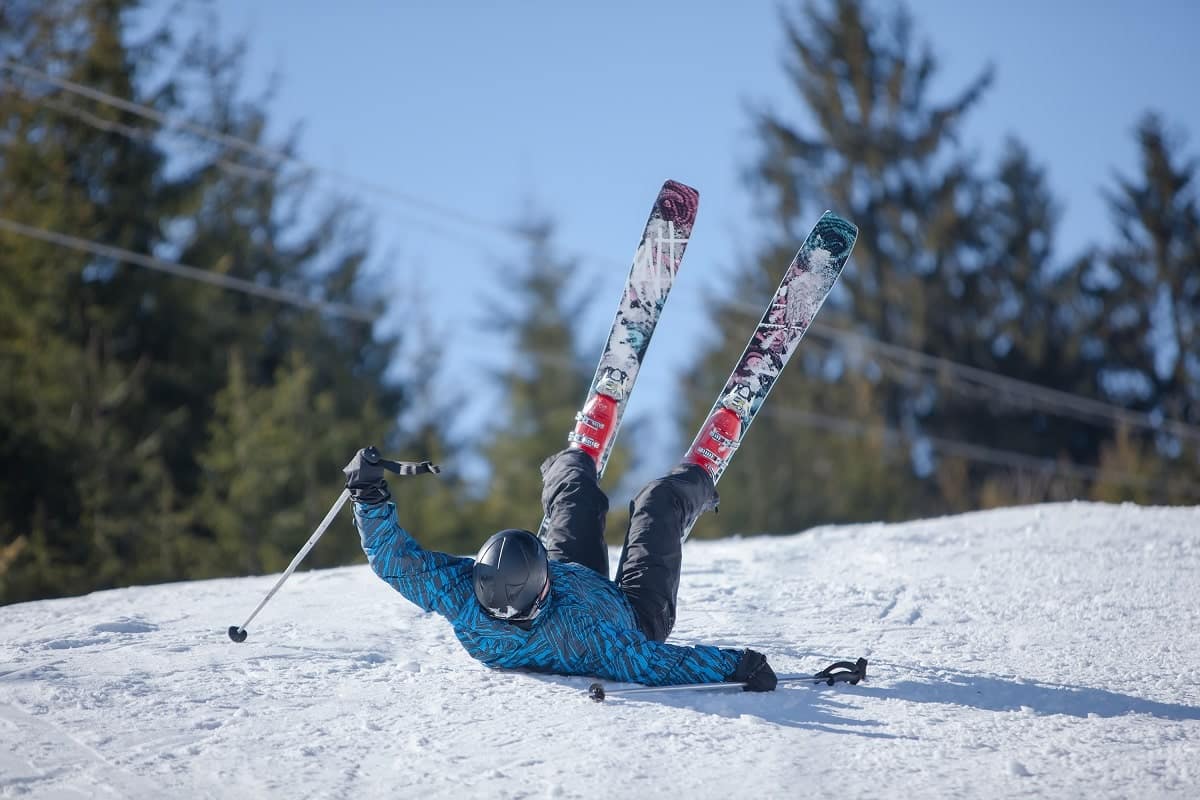 Skiing often gets bad press with lurid stories of being airlifted off a run or swept over cliffs by an avalanche. However, looking at the statistics, you’ll find an upward trend of snow sports enthusiasts, even if it has flattened out more recently. So, if many people are going each year, it can’t be that dangerous, right? Just how common are skiing accidents?

Whether in the US, Canada, or Europe the number of skiing accidents has continued to drop. This is partly down to the widespread adoption of helmets and better education about behavior on the slopes. In the US there are an average of 37 fatalities per season and 31 catastrophic injuries per season. Most common accidents involve falling on snow, tearing ligaments and tendons, as well as fracturing the tibia in the lower leg.

The United States has plenty of luck when it comes to winter sports, which makes it a useful model to check out the statistics for accidents. In total, 37 states have operating ski resorts, with a total of 476 skiing areas, which lure more than 10 million people a year.

For the majority having an accident while skiing is thankfully a rare occurrence. Of the millions who take part each year, only a tiny proportion are injured and most of those only slightly.

What Are The Main Skiing Accidents and How Common Are They?

The legs take most of the punishment in both skiing and snowboarding and so it’s no surprise to find research that suggests 43 to 77% of skiing-related injuries are below the waist. The knee is the most common site for injury making up 27 to 41% of injuries.

The anterior cruciate ligament (ACL) and the medial collateral ligament (MCL) are most frequently damaged because of the twisting forces that the knees are subjected to.

Located in the lower leg, the tibial shaft is the most common fracture in skiers (63%), followed by the proximal tibia, at the top of the bone, (27%), and finally the fracture of the distal tibia near the ankle (10%). Most of these fractures were because of a fall on snow.

More recently innovation in carving skis, improved, more comfortable boots, bindings, and better standardization of ski and boot compatibility have led to a reduction of fractures of the tibia.

Thankfully serious injuries are very rare and ski patrols are better trained and equipped to stabilize and recover most patients.

Catastrophic injuries to skiers and snowboarders had been rising at an alarming rate throughout the last decade, reaching a total of 76 in 2012. A catastrophic injury is a severe injury to the spine, spinal cord, or brain, and may also include skull or spinal fractures.

However, as wearing a helmet became routine for an increasing number of skiers and snowboarders, so the casualties fell. By the 2018 season, catastrophic injuries had fallen by more than half to 31. When you dig a bit deeper into these 31 cases you will discover 90% were male, aged under 30, and on intermediate terrain.

These catastrophic injuries were caused mainly by collisions with another skier or collisions with stationary obstacles or features of the terrain. 20% of these casualties also weren’t wearing a helmet.

4. Fatalities on the Runs

Fatalities from skiing and snowboarding have remained steady throughout the United States over the last 10 years, with an average of 37 deaths per season. Of the total each year 95% were male, explained by their willingness to take more risks than women and demonstrated further by 26% who weren’t wearing a helmet.

As with the catastrophic injuries, fatalities were most likely to be injured by a collision with another skier, directly with the snow and trees.

When do most Ski Accidents happen?

You might imagine that skiing and snowboarding accidents are spattered evenly throughout the day. That’s what Dr. Travis Maak, a volunteer ski patroller in Utah initially thought when he noticed over the season most accidents happened between 3:30 to 5:00.

See Also:  Is Skiing Dangerous For Beginners? The HONEST answer

It became so routine he found he could go skiing earlier in the day and then around 3 pm he would put on his ski patrol gear and be ready for his first call. He decided to do some further study on the subject and came up with two suggestions as to why these accidents happened later in the day.

The first reason is associated with the temperature. As the sun is lower in the sky the temperature quickly falls, which affects the texture of the snow. Earlier when there was more warmth the snow softened and became looser, but as the temperature falls the snow turns into small, hard rocky lumps.

So, the runs become more difficult to negotiate, and the possibility of catching an edge increases. The second reason is related to tiredness. Skiing is a demanding pursuit, especially on the legs. When you start to experience muscle fatigue the muscles can’t provide the support to ligaments and tendons as they normally do.

What can you do to prevent getting injured?

Studies show that wearing a helmet can help prevent minor and catastrophic injuries, but they are not always effective 100% of the time. Michael Schumacher, the F1 World Champion sustained a serious brain injury, even though he was wearing a helmet, when he fell and hit his head on a rock in Méribel in the French Alps.

Shred in style with the ergonomic design, unparalleled performance, and comfort of the Drift snowboard helmet.

2. Know your limits and don’t be Reckless

Collisions with other skiers and stationary objects are the most common cause of serious and catastrophic injuries. It’s vital to always maintain control when you’re on the slopes and understand your responsibilities to other skiers around you.

3. Keep an Awareness of What’s going on around you

Learn to develop an awareness of your immediate and wider situation. It doesn’t have to impact your enjoyment of the day, just keep an eye on changing weather conditions, avalanche risk, other skiers, and tiredness. If any of these starts to pose a threat then decide on alternate plans.

Most injuries are fall-related, and while most occurred on groomed intermediate (blue) runs, the quick-change line between groomed and ungroomed snow has claimed plenty of skiers.

4. Get fit before going away

Find an online fitness program or go to your local gym. Workouts on the lower half of the body should include plenty of cardio, along with need extension and squats to improve stamina and shock absorption.

5. Lose some weight if you need to

If you weigh 200lbs and you fall you may well get away with it but if you weigh 250lbs you will be putting your joints and ligaments under extra strain.

Warm and comfortable without sacrificing performance.

Ensure your ski boots fit well. Ask at the ski shop if you have any problems. They will always help you out. Also, make sure your bindings are correctly adjusted. If not in an accident your boots won’t release from the binding, and you may well injure your ankle or lower leg.

Your skis are your direct link from your body to the snow, so always make sure they are in great condition. Ideally, skis should be tuned every week of use not just once a season. If you don’t want to tune yourself, your ski shop will be pleased to advise. 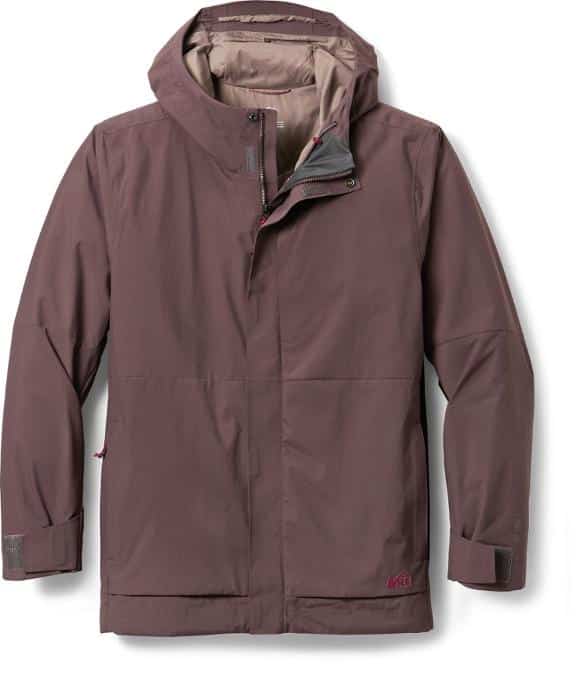 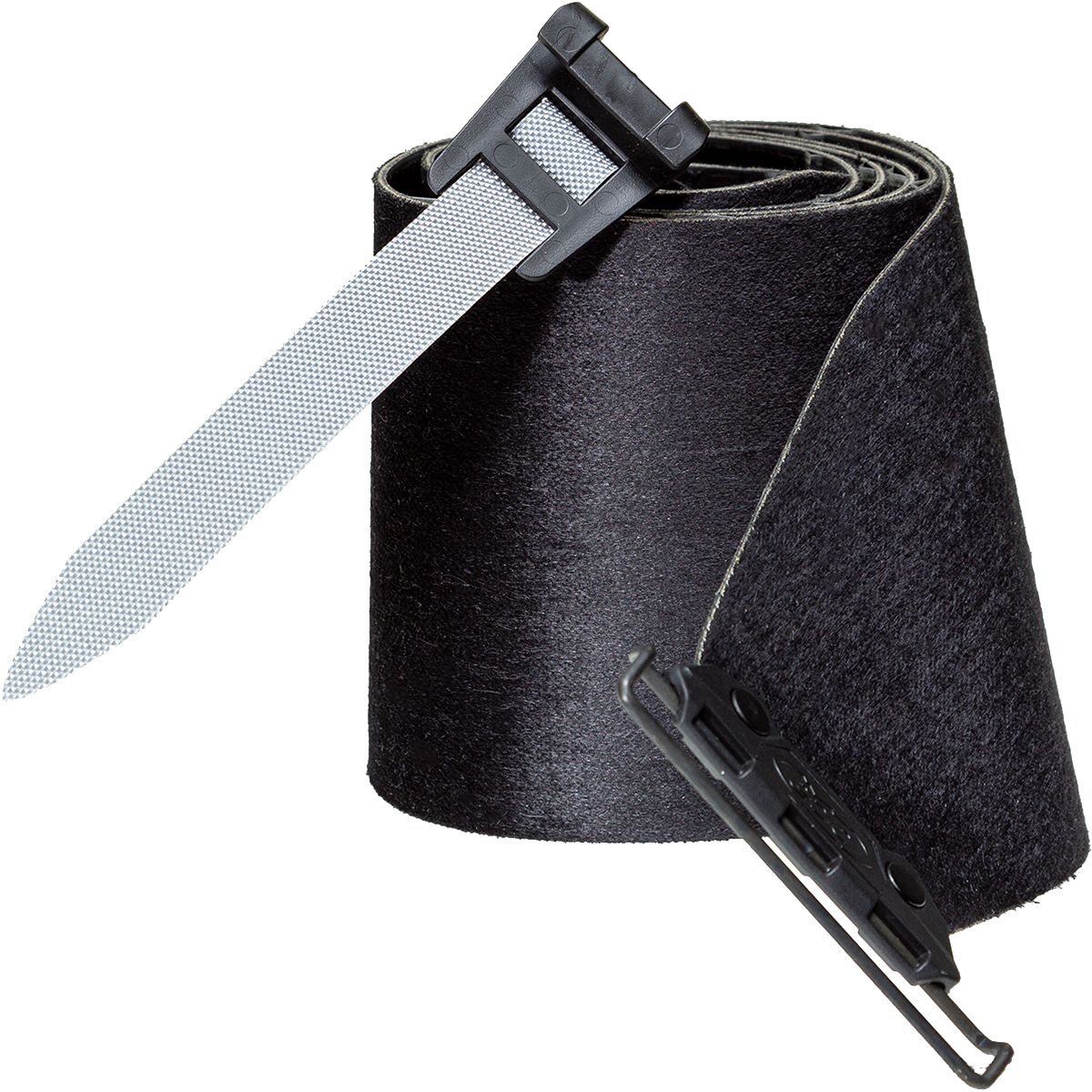