France vs Switzerland For Skiing, Which is Better? (Decide Where To Go) 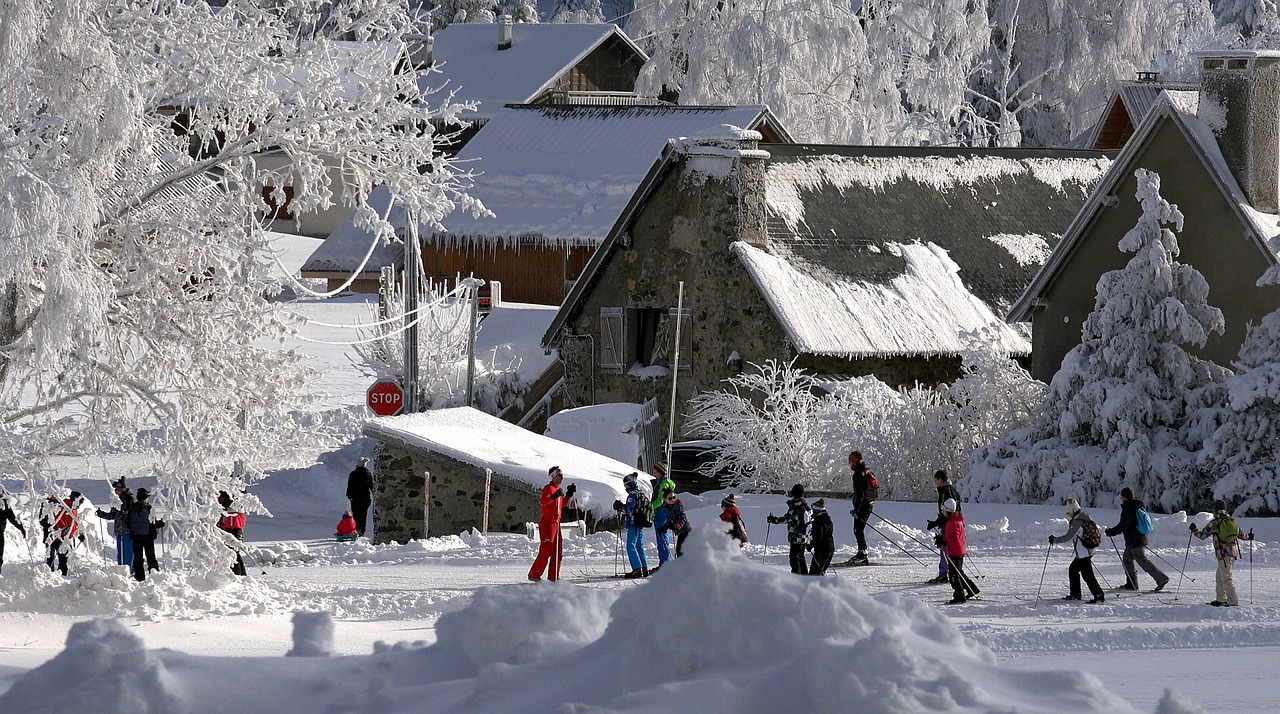 Two of the world leaders when it comes to skiing holidays – are France and Switzerland. Both countries are so good that it can make choosing which to visit very tough. Let’s go over some of the most important factors and find which is better for a skiing holiday.

Both France and Switzerland are incredible choices for skiing. The ski terrain, resorts, and accommodation are all truly exceptional in both. France is arguably the better choice when it comes to food, apres-ski & price. But is it that simple?

Of course, skiing itself is one of the most important parts of any ski trip, but there are plenty of other factors that should be considered that will help make deciding which country to visit easier.

Skiing in France and Switzerland both offer the quintessential high-altitude alpine skiing experience. Both countries have a vast array of resorts to choose from, with the majority of them having excellent skiing terrain to enjoy.

France does have larger resorts like Le 3 Vallees, which is the largest interlinked ski area in the world, coming in at a whopping 600 km of skiable terrain! There’s also the Portes du Soleil, which covers 12 resorts across 650 km, although this isn’t interlinked.

The real treat with Portes du Soleil is that you can experience skiing in both France and Switzerland. Both countries also have incredible lift infrastructure, which really helps with the massive crowds that the excellent snow quality and epic resorts usually attract.

The skiing in The Alps is also absolutely beautiful. The views in both France and Switzerland are amongst the prettiest in the world, not just when it comes to skiing.

Another area that both these countries stand above many other countries in the world is the quality of off-piste skiing. Words like ‘legendary’ are often thrown around when describing just how good it really is.

A big winner for Switzerland is the Magicpass which gives skiers access to over 40 resorts across the country. This is a huge benefit, although it does come at a premium. .

Unsurprisingly, the excellent infrastructure found in both countries extends to their resorts and the ski towns found nearby.

See also  Skiing in France or Austria? Which is Better For a Ski Trip?

Switzerland is home to some of the most iconic ski resorts in the world. The most notable of these resorts is Zermatt, which many consider the best resort globally. The resort sits in the shadow of the beautiful Matterhorn, making it a memorable destination.

There is also plenty of charm in some of the more traditional Swiss resorts that still have an authentic old-timey feel. These are a great way to get a good sense of the unique Swiss culture.

Alternatively, most French resorts offer a teeming cosmopolitan vibe high up in the mountains. The resorts themselves have everything from apartments to hotels in terms of lodging.

The resorts are absolutely massive and typically have everything you could ask for in terms of amenities. There is almost always great shopping, restaurants and pubs, gyms, and spas found in these resorts.

Courcheval is arguably France’s best ski resort and is spread across five smaller villages. This gives you a large variety of options of places to stay and things to do when staying here.

There’s plenty to do when it comes to both France and Switzerland. Of course, apres-ski plays a big part in the experiences on offer in both countries, but there is a lot more than just drinking to be done.

Both countries have awesome activities when off the slopes. Although, they can be quite similar because of just how good the resorts are and their regional similarities.

Swiss resorts like Zermatt and Verbier have incredible options for apres-ski, particularly for those looking for a good party. Other than these spots, Swiss apres-ski is typically more reserved than in France.

France has earned quite a reputation for epic apres-ski activities. There are plenty of slopeside parties thanks to groups like La Folie Douce. If that’s not your idea of a good time, there is everything from wine tasting to relaxing at a spa.

For a lot of people, a huge part of a good holiday is the quality of the food and drinks involved. Being so close to one another and sharing quite a bit of culture means the dining in France and Switzerland can be similar, but there are differences worth noting.

France is world-renowned for its cuisine and wine, so much so that people travel or even move to the country just to experience the exquisite food.

There are plenty of fine dining options for the true foodies at the French ski resorts, including multiple Michelin-starred restaurants at the resorts. Other than fine dining, beef bourguignon, cheese, wine, and bread are all delicious staples in the resorts.

Switzerland is famous for its cheese fondue, which is arguably one of the best ways to unwind with friends and family after a long day out in the snow. It is highly recommended for anyone wanting to visit Switzerland.

Melted cheese isn’t the only thing Switzerland has to offer, though. The resorts are well known to have almost everything on offer, and they do it all exceptionally well. Swiss chocolate in particular is another strong point.  The Swiss resorts also have their fair share of Michelin-starred restaurants.

A huge factor for most of us when planning a holiday is the cost. It can really be the deciding factor, especially for a ski holiday as it can be a lot more expensive than a regular vacation.

There’s no easy way to say this: Switzerland is very expensive. Almost every aspect of a ski holiday in Switzerland comes with some serious costs involved. Lift passes are some of the most expensive in the world, although you do usually get your money’s worth.

Accommodation in Switzerland is also pricey. Of course, this depends on where you go, but the costs are typically higher overall than in France.  France is generally more affordable than Switzerland. There are many more accommodation options in France and more resorts to choose from to find a deal.

Eating out in France can still be quite pricey, especially when compared to other Alpine countries like Italy, where your cash can go a long way. However, you can get away with a smaller budget than in Switzerland. This is typically where the biggest difference in costs comes in.

Families really need to be careful of where they eat out in Switzerland because of just how expensive it can be. This is also true of France but to a much lesser degree.

This is a very tough decision, and some might not even agree. Realistically, both countries offer the best skiing in the world, so you can’t really go wrong with either.

Cost is one of the biggest deciding factors for us, giving France the narrow win. It also doesn’t hurt that France has near-endless skiable terrain and amazing food on offer.

Which European Country has the Best Skiing?

The skiing in Europe is just so good it’s hard to say which has the very best. The majority of skiers will say it’s a tie between France and Switzerland as they both have the true alpine skiing that is sought-after worldwide.

Italy and Austria are also very closely intertwined in the mix here.

A big consideration that helps people decide is the cost of skiing. Switzerland can be astronomically expensive, so it could be argued that France becomes the winner by default.

That said, there is so much excellent skiing found in the Alps and beyond, it’s nearly impossible to determine which country is the best.

What Country is the Best at Skiing?

This is another tough question, so let’s break it down into two categories: casual skiers and professional skiers.

Alpine countries like Austria, France, Italy, and Switzerland have some of the best casual skiers in the world. Skiing has become engrained into the culture and it really shows.

You’ll typically find even kids from these countries are much better than the average adult over in North America and elsewhere.

When it comes to professional skiers, it’s a bit of a mixed bag. There are plenty of alpine champions spread between Norway, Sweden, France, Austria, and Italy.

Interestingly, when it comes to freestyle skiing and snowboarding, the United States is almost the undisputed champion.

It’s no easy task choosing between two of the best skiing countries in the world. Switzerland and France offer truly phenomenal skiing with a number of the best resorts in the world. There are a lot of similarities between the two as they are both true Alpine countries.

One of the biggest differences comes from the costs involved, which is always an important factor in a skiing vacation. France is generally more affordable, making it a better option for most people.

These are just brief comparisons to help guide your search, you can’t go wrong with either country – but you can pick a resort that is more suited to you.

Check out our comparisons of France Vs Italy?