Does Snow Melt When It Rains? 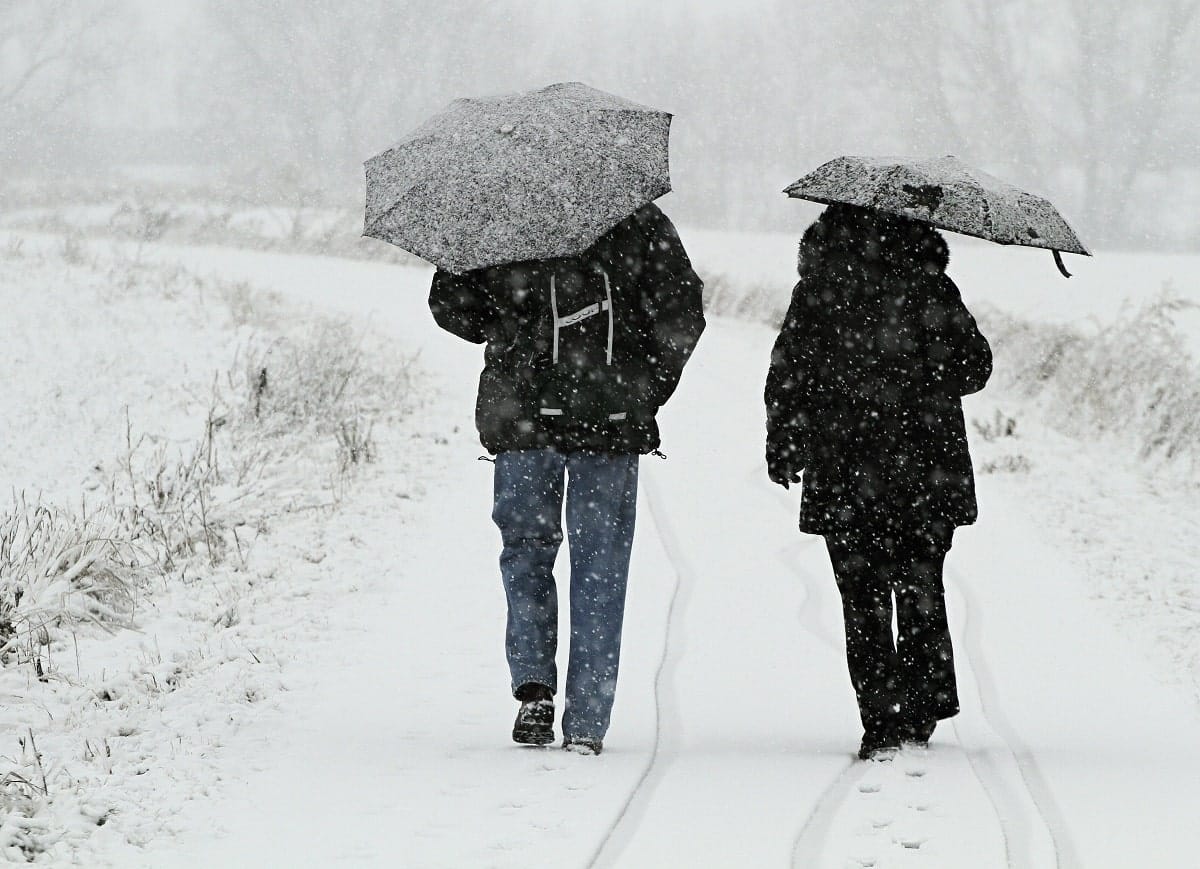 Understanding what makes for good skiing conditions is a really important tool for planning a trip out on the ski slopes. Not much point in heading to your nearest ski resort only to find it’s rained and the snow isn’t what you hoped, right?  So does snow melt when it’s raining?

Yes – rain causes an increase the how much energy can be transferred to the snow, causing it to melt at a faster rate. Under the right conditions, inches of snow can be completely melted in a few days.

The rate at which snow melts is determined by a number of factors. These include humidity, sun intensity, and angle, air temperature, and indeed the quantity & temperature of the rain.

What Causes Snow to Melt?

As temperature and humidity go up, there is more energy available in the air to assist in changing solid water (snow) back into its natural state being liquid water.

The intensity of sunlight, as well as its angle, also plays a large role in how quickly snow will melt.

What Happens to Snow When It Rains?

Rain has an interesting effect on snow because of the unique properties of water as a solid. Unlike almost every other substance imaginable, water is denser in its liquid form than it is as solid ice.

This is because there are a lot of small air pockets in the structure of ice. If you think of the shape of a snowflake, think about how many different little branches and arms there typically are.

All of these catch air in pockets when snowflakes stack on one another. Because air is a pretty good insulator, these air pockets mean almost all of the snow is protected from surrounding factors like sunlight and warm air temperature.

When it rains, these air pockets are filled. As this air pockets close because of the rain, these other melting factors like temperature and sunlight are able to penetrate deeper and melt more snow.

How Long Does Snow Take to Melt?

Again, the speed at which snow melts is influenced by a number of important factors. Somewhat obviously, the amount of snow also determines just how long it will take to fully melt. Larger amounts can take multiple days or even weeks.

Under the right conditions, a day’s worth of moderate snow can melt away completely within 24 hours.

While it is hard to pin down exact rate snow will melt, the general rule is that half an inch of snow will melt per day in 40 °F. This is bumped up to 2 to 4 inches per day at 50 °F.

See also  7 Tips to Keep Your Feet Warm While Skiing

This can vary heavily though, as different locations have different properties. In some places, you could expect a slower rate of melt, closer to 2 to 4 inches over the course of two to three days.

For those who don’t know, precipitation is simply what falls from the sky when certain conditions have been met in the atmosphere. There are far more types of precipitation than most people even realize, so let’s quickly go over them.

Will it Snow or Rain?

See also  How Much Is The Ski Industry Really Worth? (Billions)

Very high up in the clouds, you will typically find very cold water vapor or ice crystals, if the temperature is low enough. The simplest way to tell if there will likely be snow is if the air temperature is below 0 °C or 32 °F.

That being said, there are quite a few prerequisites that determine if the snow will reach the ground. Humidity and air pressure also play a big role in this, but the temperature is one of the best ways to tell if there will be snow.

If there is too much humidity in the air, the snow will usually change to rain, sleet, or one of the many other forms of precipitation as it falls through the warmer air.

Whenever you are wanting to take a trip to the slopes, planning will save you a lot of headaches and heartbreak. Although recent weather can indicate there should be snow, this is not always the case. There are plenty of factors other than sunshine that could change snow to other forms of precipitation.

After that, even if it does snow, weather like intense heat or even rain could quickly melt the snow. Always check for very hot days or rainy weather in the region you want to ski in when planning your next trip.

Recap – Does Snow Melt When It Snows?