Do Snowboard & Skiing Half Pipes Have Refrigeration Lines in Them to Keep the Snow Hard? 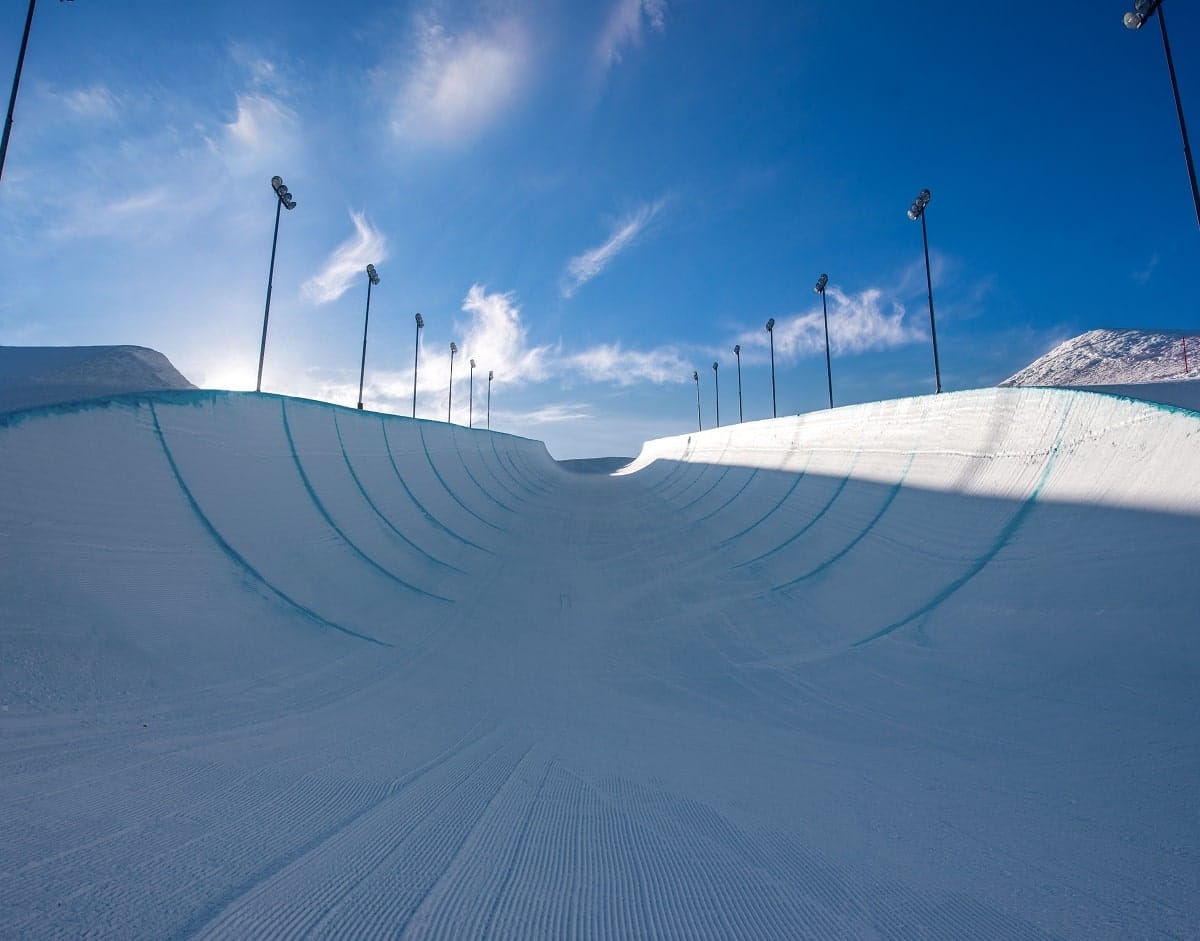 The snow half pipe is a marvel of resort engineering, but how are they made, and do they have to use refrigeration lines to keep the snow cool? We wanted to take a closer look.

While refrigeration lines are sometimes used, most snowboard and skiing half pipes are crafted and compacted using machinery alone. This process needs to be perfect and takes many hours, especially for elite competition.

How are half-pipes constructed to keep them performing at their best? Read on to find out more.

Are Refrigeration Lines Used for Snowboard and Skiing Half Pipes?

While most snowboard and ski half pipes are made from natural snow, some use refrigeration lines to keep the snow hard. These lines are usually buried under the surface of the pipe and release a coolant that helps to keep the snow frozen.

The snow on the half-pipe can be kept hard enough simply by grooming it with a snow blower or other machinery before riders use it. It is vital to have a hard surface on the half pipe so that riders can get enough speed to perform tricks. Soft snow causes problems with speed and turning.

Riders also need a hard surface so that they can get a good grip on their edges when carving. If the snow is too soft, their edges will just slide across the surface, and they will not be able to control their direction.

History of the Half Pipe

The half-pipe made its Olympic debut for snowboarding in 1998 in Nagano, Japan, and for skiing in 2014 in Sochi, Russia.

With a total of 92.00 points, American David Wise became the first Olympic winner in this sport (2014 Winter Olympics). Half pipe skiing has also been part of the Winter X Games since 2002. These extreme sports are highly dangerous and competitive, and athletes are required to wear safety gear as they perform their routines filled with stunts and tricks.

It might come as a surprise, but the snowboard half pipe can trace its roots from way back, even before both snowboarding and skateboarding. Its origins stem from the flowing ocean waves.

In the late 1970s, skateboarders were looking for the same thrill and sensation that surfers enjoyed with waves. This led to the development of the skating half-pipe and then eventually, this led to manmade half-pipes being made for snowboarders and skiers.

The first man-made half pipe was built in Soda Springs California, with Tom Sims arranging the first World Championships. However, a lack of knowledge of large-scale pipe construction caused difficulties and challenges.

In 1986, the Championship was relocated to Breckenridge, Colorado. This would then be the first permanent half pipe at a resort. In 1988, half pipes captivated the media, and people from all over the world wanted to cover the insane performances of snowboarders who were riding the half pipe.

Then the Pipe Dragon was invented. This massive and amazing device made constructing half pipes much easier. Farmer and machinery mechanic Doug Waugh came up with the brilliant idea.

The 15-foot Pipe Dragon has a screw conveyor kind of mechanism, which is attached to a snowcat and is used for shaping and grooming the walls of the pipe.

It revolutionized how half pipes were made. There was no more digging with their hands, saving builders a lot of time. Nowadays, nearly every major ski resort in the world has a half pipe.

How are Snow Half Pipes Made?

No two half pipes are the same. For the Winter Games in Pyeonchang, the pipe’s outer walls were made up of dirt walls, while the interior was built from artificial snow. The half-pipe is carved out and shaped using specialized snow machines with blades and other tools.

For a standard Olympic course, it should be 600 feet long with 22-foot high walls and an 18-degree pitch. The lip of each side should be separated by 64 feet. For the 2018 Pyeongchang Olympics, the half pipe was constructed over the course of three weeks by a team of around 40 individuals who worked 10 to 12 hours per day.

It is easier for competitors to sustain their speed on steeper half pipes. Riders can fly up over 20 feet beyond the pipe’s lip. Contractors spent a long time ensuring the snow was properly packed and perfectly finished, as there is no room for error.

The snow should be chalky to the touch but still, maintain its shape. The pipe might break down if the snow is too soft, which can occasionally happen with natural snow. However, the snow shouldn’t ever be as hard as ice.

Contrary to popular belief, half pipes are not simply carved out of existing snowbanks. Rather, they are carefully constructed from scratch, using a variety of tools and techniques. First, a large trench is dug around the perimeter of the half pipe.

Next, the walls of the trench are built up using snow blocks or packed snow. Once the walls are high enough, the roof of the half pipe is formed by shaping and compacting snow into a smooth, even surface.

Finally, the half-pipe is finished off with a layer of loose snow, which helps to provide a smoother riding surface. With accurate planning and hard work, any group of winter enthusiasts can build their own half pipe to enjoy.

The exact time and construction of a half pipe will change from one resort to another. This is due to the natural terrain that is used as a starting point and also the exact dimensions of a half pipe.

Why Are There Lines on the Halfpipe?

These help riders orientate where they are in the pipe. The top of the pipe is typically marked with a blue line, while the bottom is marked with a red line. Between these two lines is a white area, which is often divided into smaller sections by additional color lines. These lines help riders orient themselves as they travel up and down the pipe, and they also provide a visual cue for tricks.

What Are Snow Half Pipes Made Of?

Do Skiers and Snowboarders Use the Same Halfpipe?

While they need different techniques and approaches, skiers and snowboarders will almost always use the same half pipe.

Due to its extreme and dangerous nature, the half pipe must be constructed following strict guidelines and specifications. Builders should ensure that the snow is not too soft and that it remains hard throughout the competition.

Consequently, some half pipes have refrigeration lines to keep the snow hard enough. It is also possible to maintain the hard surface with a snow blower or other machinery before riders use it.

The critical part of constructing the pipe is the shaping, grooming, and polishing of the walls to make them smooth, firm, uniform, and stable.

While refrigeration lines can be used, most resorts are cold enough to keep the snow solid naturally. Also, the painstaking process of compacting the half pipe keeps the snow hard throughout a competition. 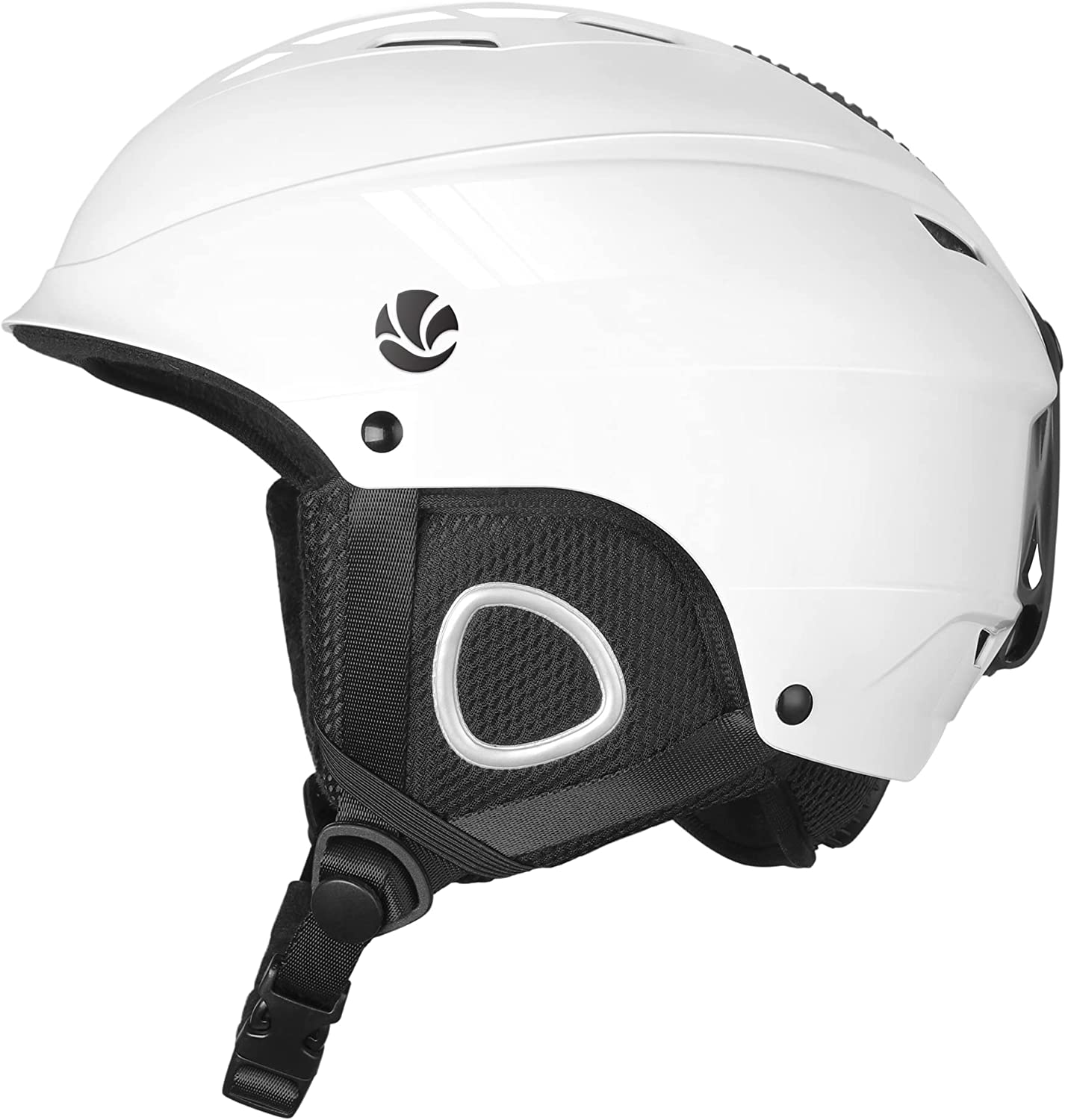