Can You Ski Without Snow? (5 Ideas for Summer Skiing) 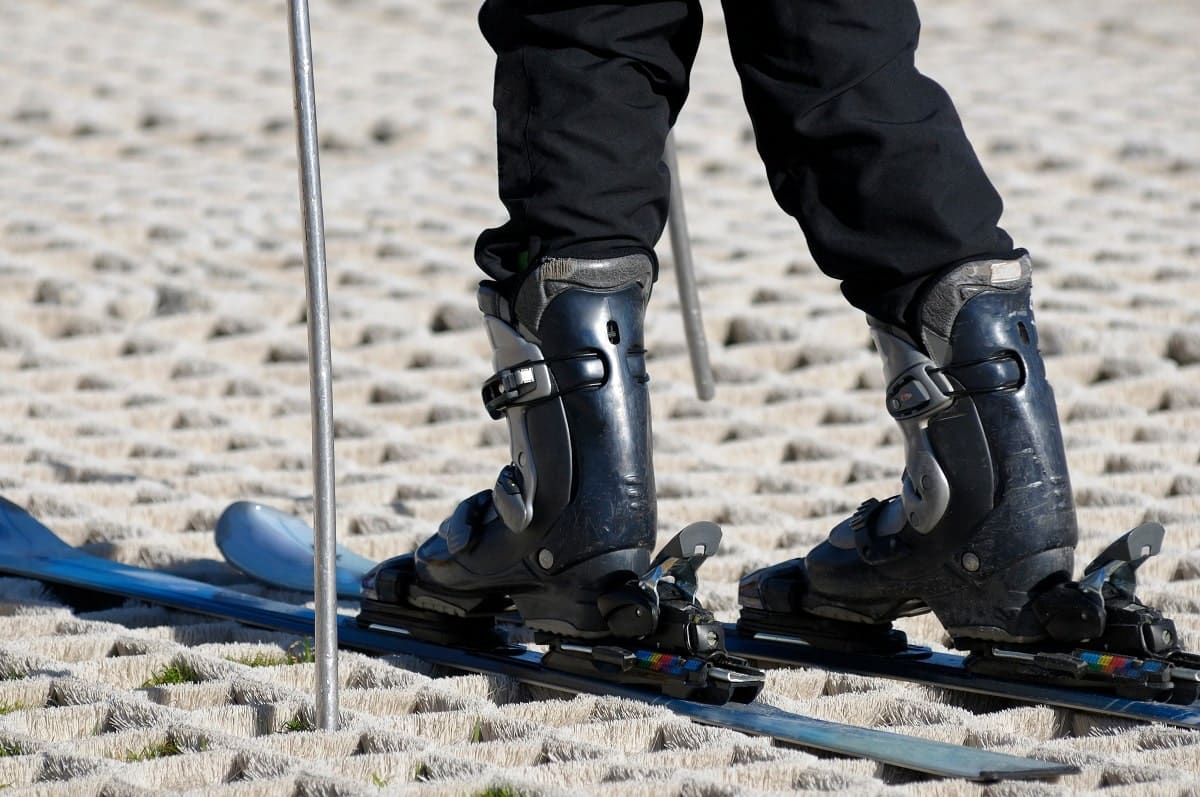 Just because you live in a warmer climate doesn’t mean that you can’t practice your skiing skills during the year. If you only get to the ski resort once or twice per winter, you’ll want to ensure you’re bringing your A-game with you while you’re shredding down the snow-covered mountain.

There are a variety of methods for skiing without snow — the most popular one is using a ski simulator. Skiing doesn’t have to necessarily be a weather-dependent sport if you decide to take it inside at an indoor ski park. There are also options for skiing down dry slopes and sand dunes, as well as water skiing on a lake near you.

Develop your fundamental balance skills at home. Have fun, learn new tricks and improve your skiing in the off-season

How to Prepare for Snow Skiing

Some people may think that downhill skiing may sound like a walk in the park. You’re allowing gravity to do most of the work, after all.

However, it takes a lot of balance, stability, and coordination to make it down the mountain without falling on your back. Walking through thick snow in multiple layers of gear can take a toll on your body, so you’ll want to build up some stamina before hitting the mountains this season.

During the off-season months, many skiers not only practice their technique with the snow-free skiing methods mentioned below, but they also work out often to ensure that they’re staying in shape. Doing so ensures that they don’t get immediately fatigued once ski season rolls around.

You’ll want to make sure that your body is in top-tier condition when the snow begins to fall — if not, you’ll be wasting precious mountain time trying to acclimate yourself to the intense full-body workout that is skiing.

This is the top choice of many professional skiers when they don’t have access to the snowy mountain slopes. However, the drawback to this non-snow skiing method is that it can be very expensive.

Even if you can’t afford your own personal ski simulator within your budget (no worries, many can’t as they’re quite pricey) you can seek out a facility that has its own simulator and reserve a time to use it. Many times these machines are set up using VR technology to add a level of realism for skiers to improve the overall experience.

Skiing simulators can build up your muscle memory for how your body needs to move while skiing. There are many unfamiliar movements that can leave you sore and tired after your first practice session.

Getting a few hours of practice on a ski simulator can be great for beginner skiers as well, as it can instill some confidence in them before they get out onto the slopes for the first time. If you’re going with experienced skiers, it can be intimidating to try and learn the basics while on the mountain.

This home gym equipment is a 2 in 1 leg trainning machine and ski training machine. Make you move your body on all levels, training your pelvis muscles, hip and inner thigh effectively. You can do a full cardio workout easily at home.

Other Types of Snow-Free Skiing

Without a ski simulator, there are still many options for skiers who want to brush up on their moves during the off-season. While it may sound impossible to ski during the heat of the summer, there are several ways that skiers can still participate in their favorite sport.

Depending on your location, you may not be able to find some of the options below. If you live further north, you’re not likely to have a sand dune near you. However, you may be able to find a hilly area with smooth grass that you can practice on instead.

Dry slopes are much more common in Europe but somewhat of a rarity in the United States. However, if you can find access to one — these are a great way to practice your skills during the warmer months.

Though there’s no snow, it’s still recommended that participants wear protective layers to avoid any injury or scrapes if a fall occurs. Skiers pass through some synthetic lubricant that will allow the skis to slide down the dry slope.

Dry slopes are often made of small plastic bristles that allow the skis to smoothly glide down them, emulating the same speed of a regular snow-covered slope. Essentially, they’re manmade ski runs for locations where snow doesn’t normally fall so that people can still participate in the sport.

Many people wouldn’t assume that you could bring your skis out to the desert but sand dune skiing is a great way to emulate snow skiing. With the proper wax job on your skis, the sand can feel very similar to snow.

You can opt to go the traditional route with skis and poles or you can attach your setup to the back of a vehicle via cables and go the waterskiing route instead. Either way, you’ll be tearing up and shredding down the dunes in no time.

Something to note about this form of skiing is that it may ruin the finish on your skis. However, you can purchase a cheaper pair so you’re not as worried about it or you can apply a protective coating to them to reduce any wear and tear.

You may be asking yourself, how does one ski inside where there’s no snow? Surely you’d run out of space pretty quickly, so what’s the point?

Most indoor ski areas have motorized ramps that allow skiers to have access to an endless ski route. This is a great way to get in some practice and build up endurance and stamina.

Skiers can practice stopping, turning, stopping, and using their poles in these indoor facilities. These are great for beginner skiers as well, as it allows them to practice entry-level skills within a controlled and relaxed environment.

Depending on where you live, you may not be in close proximity to an indoor ski park. Denver and Toronto both boast large indoor ski facilities and draw in visitors from all over.

Unlike snow skiing, where you’re leaning forwards and allowing gravity to propel you down the slope — water skiing has you leaning backward while being pulled on the water by a boat. However, water skiing has many similar movements and skills that you can translate into your winter skiing.

If you live near a beach or even a large lake, water skiing can be a popular option during the warm summer months. Of course, you won’t be able to use your regular snow skiing gear while on the water, so you’ll want to invest in a specific water skiing setup.

Water skis are often thicker than their snow ski counterparts, so it may take some adjustment to get used to them. Also, the speed at which the boat is pulling you may be faster than what a snow skier is used to and it may take some time to become comfortable at the speed.

Roller skiing is the combination of cross-country skiing and rollerblading. It was first introduced in Europe as far back as the 1930s. Its conception came as a result of the desire for skiers to train and practice even without snow.

Although roller skiing was created as a training tool during the summer months, as its popularity increased it became a sport of its own, particularly in places where snow isn’t readily available.

Not only is roller-skiing fun, it’s a whole new activity to explore.

No Snow? No Worries! You Can Still Ski.

With so many options for skiing that don’t require a snowy mountain, there’s no excuse to not get out there and try it out. If you’re a beginner, practicing your skills before hitting the ski resort this winter can be a great way to find your “ski legs” and get some much-needed practice in.

For intermediate or experienced snow skiers, you may find that you want to hone your tricks during the off-season so you can show off on the mountain. Finding a ski simulator or practicing on some sand dunes can be a great way to prepare your body and ensure you’re bringing your A-game.

Water skiing can also be a great alternative and doubles as a fun activity to help you stay cool during the scorching summer months. If you’re lucky enough to live near an indoor ski park, you can purchase a day pass and practice on their conveyor belts that emulate going downhill on your skis. 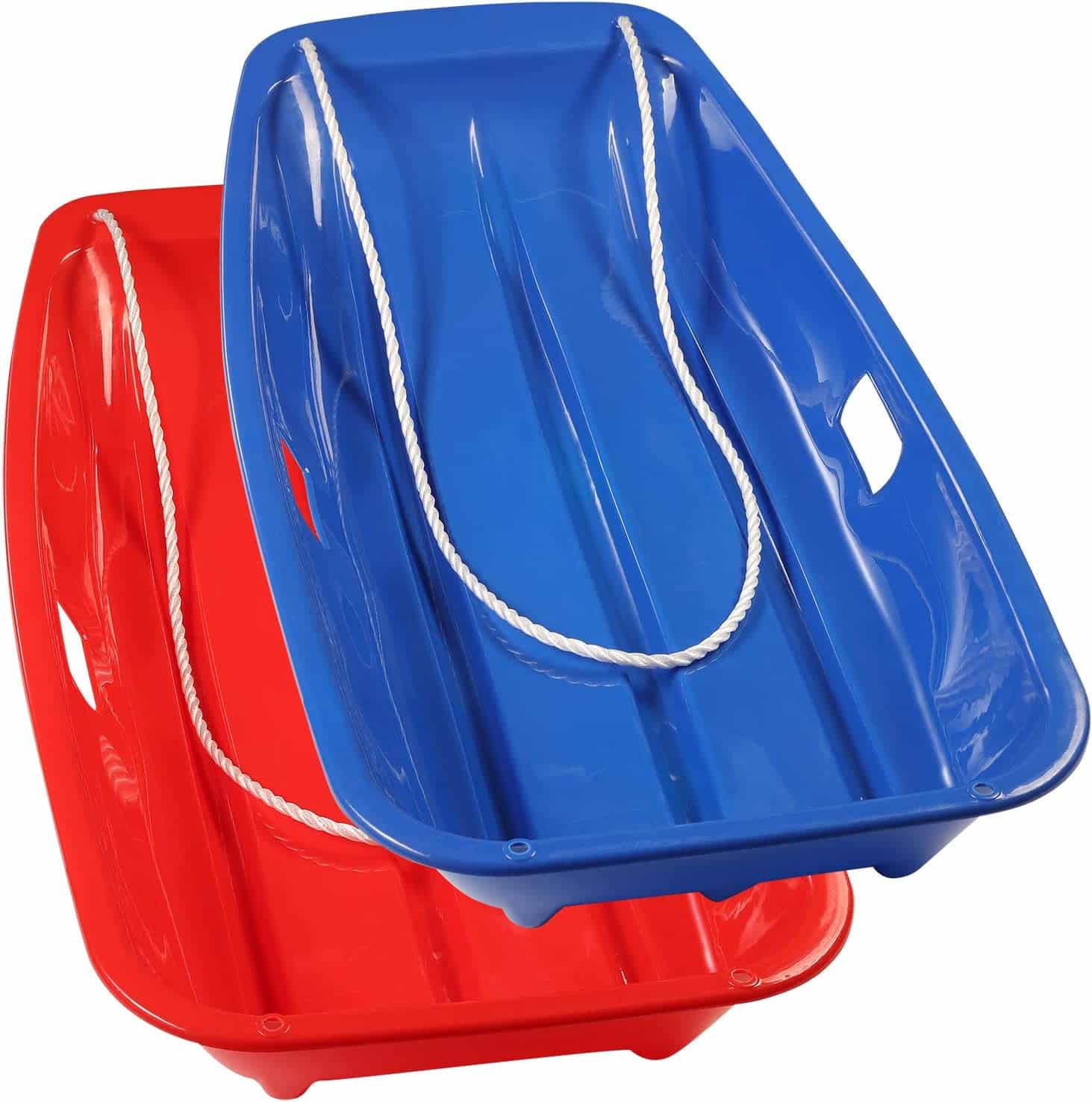 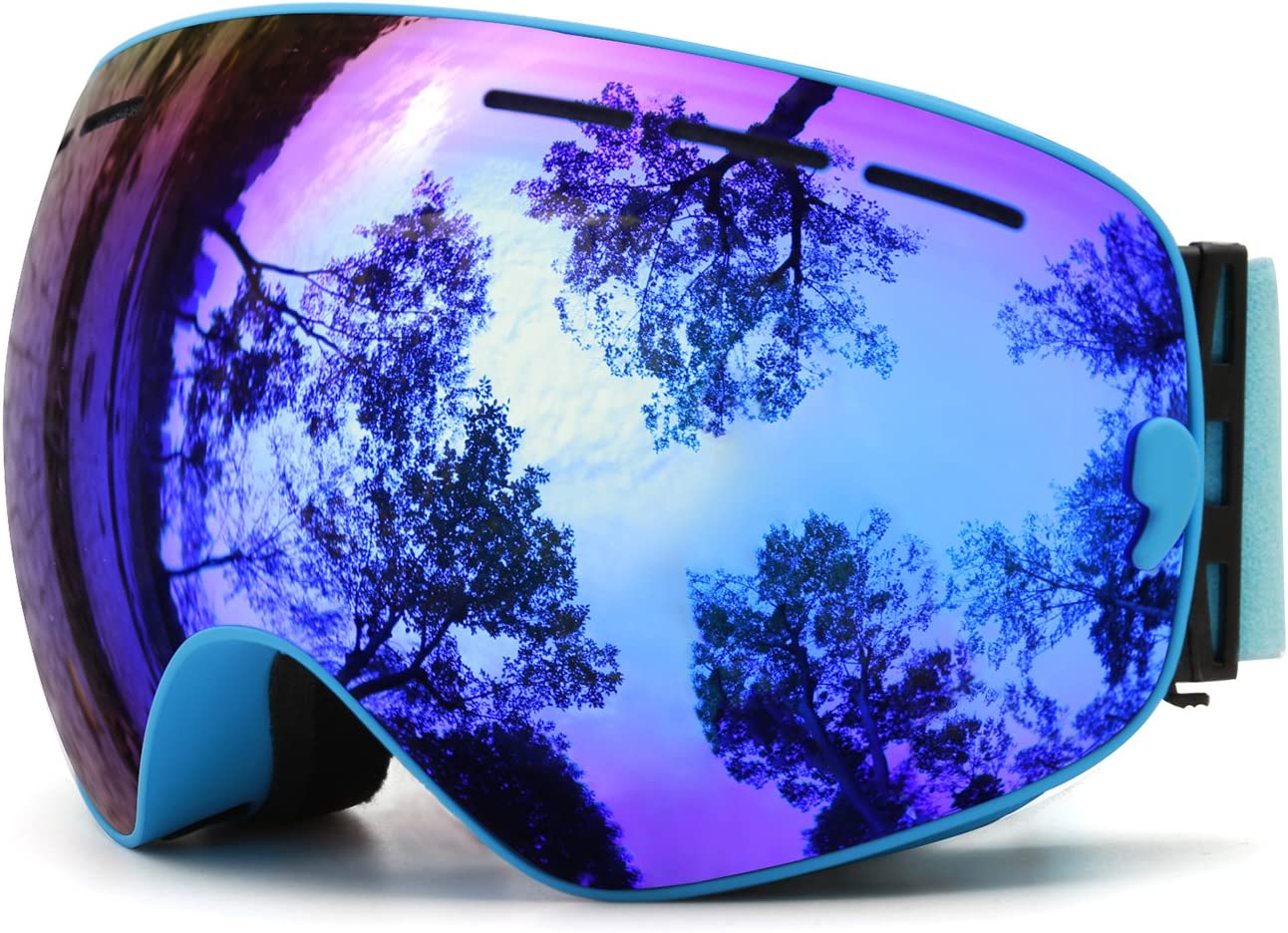 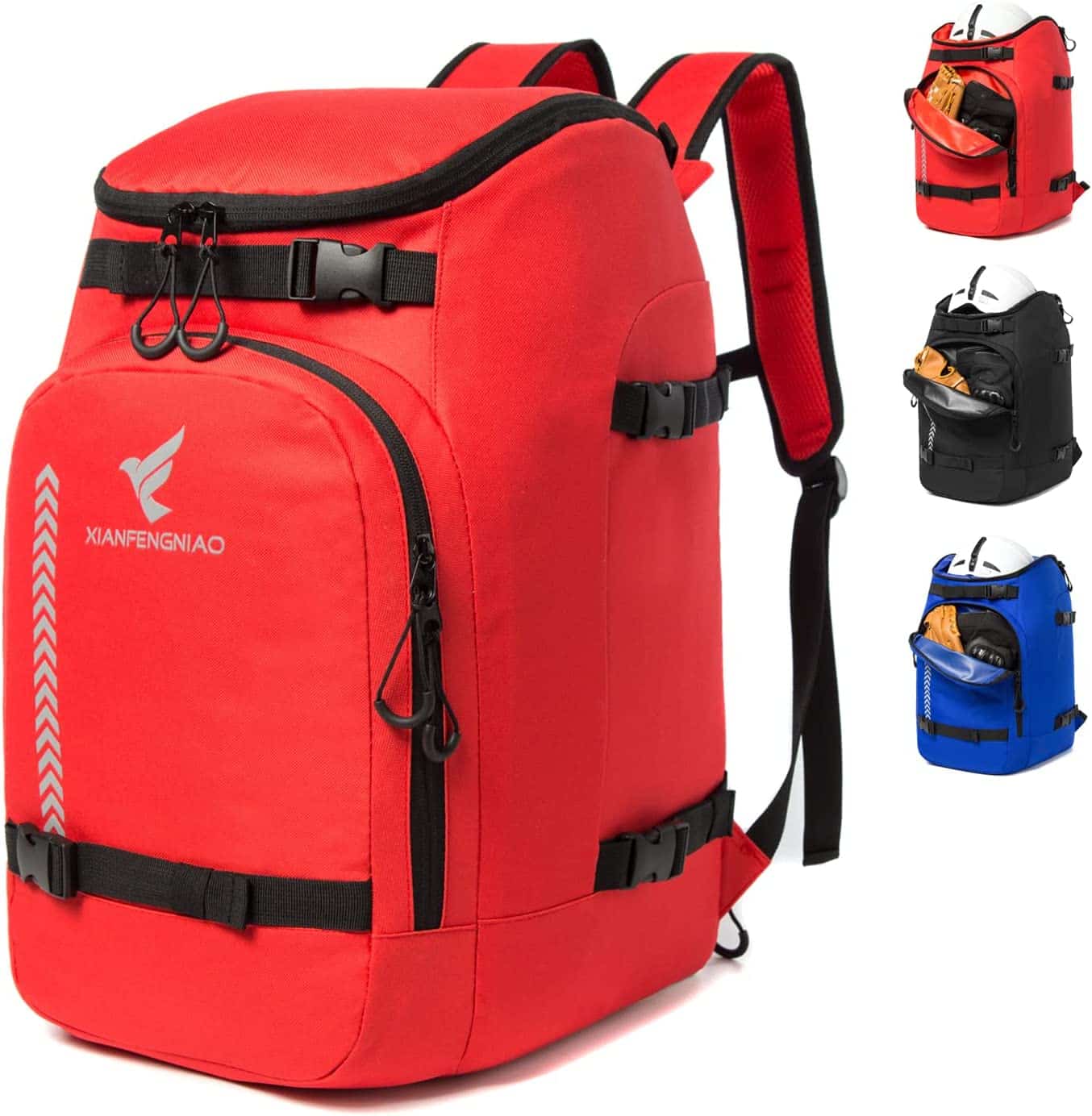