Can Skiers Really Wear Burton On The Slopes? 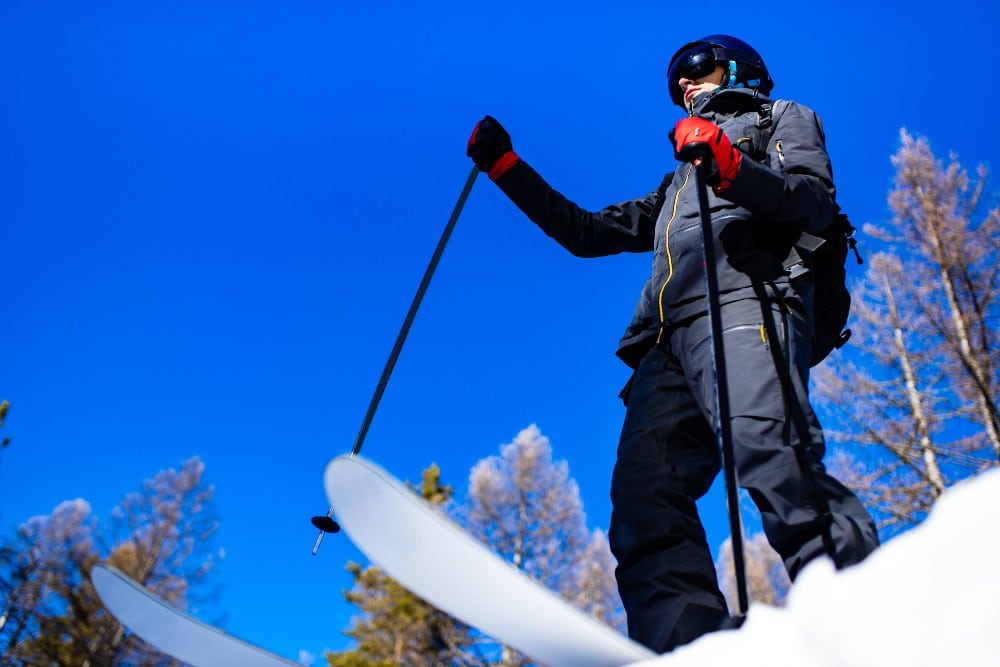 When you’re first starting out in skiing and snowboarding, you have a lot of questions. That’s natural. You might even have a bunch of questions regarding what gear to use. And when you think of gear, I’m sure you’ve heard the word “Burton” thrown around quite a lot.

Yes, skiers can wear snowboarding brands, Burton included. There are typically small differences between the fit of snowboarding and skiing apparel. These are usually to allow for freer movement for skiers, as they need to use both their arms and legs independently, unlike snowboarders.

Burton is one of, if not, the best-selling brands in all of skiing and snowboarding. They were established by Jake Burton Carpenter in 1977 and have been immensely popular ever since.

They offer a huge variety of equipment and clothing. Basically, if you can wear it on the slopes, Burton produces some form of it. They have all the standard apparel, like jackets, trousers, and boots. They even have their own line of casual clothing.

Burton also has their own line of snowboard gear, including snowboards, bindings, and even splitboards – a type of board that is ideal for backcountry snowboarding.

So, Can Skiers Wear Burton?

Well, if you go to Burton’s website, you might notice that they do not have a section for skiing. Now, this might have you wondering if you can even wear Burton apparel for skiing or if it’s even appropriately designed for skiers.

The answer is yes, skiers can also wear Burton apparel. There isn’t a massive difference when it comes to function between a Burton item and some other ski-specific brands.

This obviously isn’t true for specialty items like bindings and boots though. There is a very big difference between ski boots and snowboarding boots, but everything else is fair game.

Can a Skier Wear a Snowboard Jacket?

Again, yes. There is no real difference between a ski jacket and a snowboard jacket other than the fit usually. You might find there are style differences between different brands, but most of them are more than appropriate for either discipline.

Just be sure not to go for a snowboarding jacket that is too loose-fitting, as this could possibly interfere with your ski poles.

Is There a Difference Between Ski and Snowboard Trousers?

The only real difference between ski and snowboarding pants, and clothing in general, is the fit. Now, this isn’t even set in stone, as certain brands will skew to one end of the spectrum or the other regardless.

Ski pants, as with jackets, tend to be more fitted than snowboarding apparel. This is to aid in movements like pumping the legs or maneuvering your ski poles uninterrupted.

See also  How Much Does It Cost To Ski? (COMPLETE Breakdown)

Burton Is Not Just For Snowboarders

There are very subtle differences between snowboarding brands like Burton and other brands that are more focused on skiers. Apparel generally fits tighter for skiers to aid in aerodynamics and movement, but that does not mean skiers cannot wear items from brands like Burton.

The rule of thumb when wanting to buy snowboarding apparel for skiing is to try to keep the fit on the tighter side. Other than that, you’re pretty free to mix and match ski and snowboarding brands like Burton.