Can Skiers Cause an Avalanche? (Do’s & Don’ts) 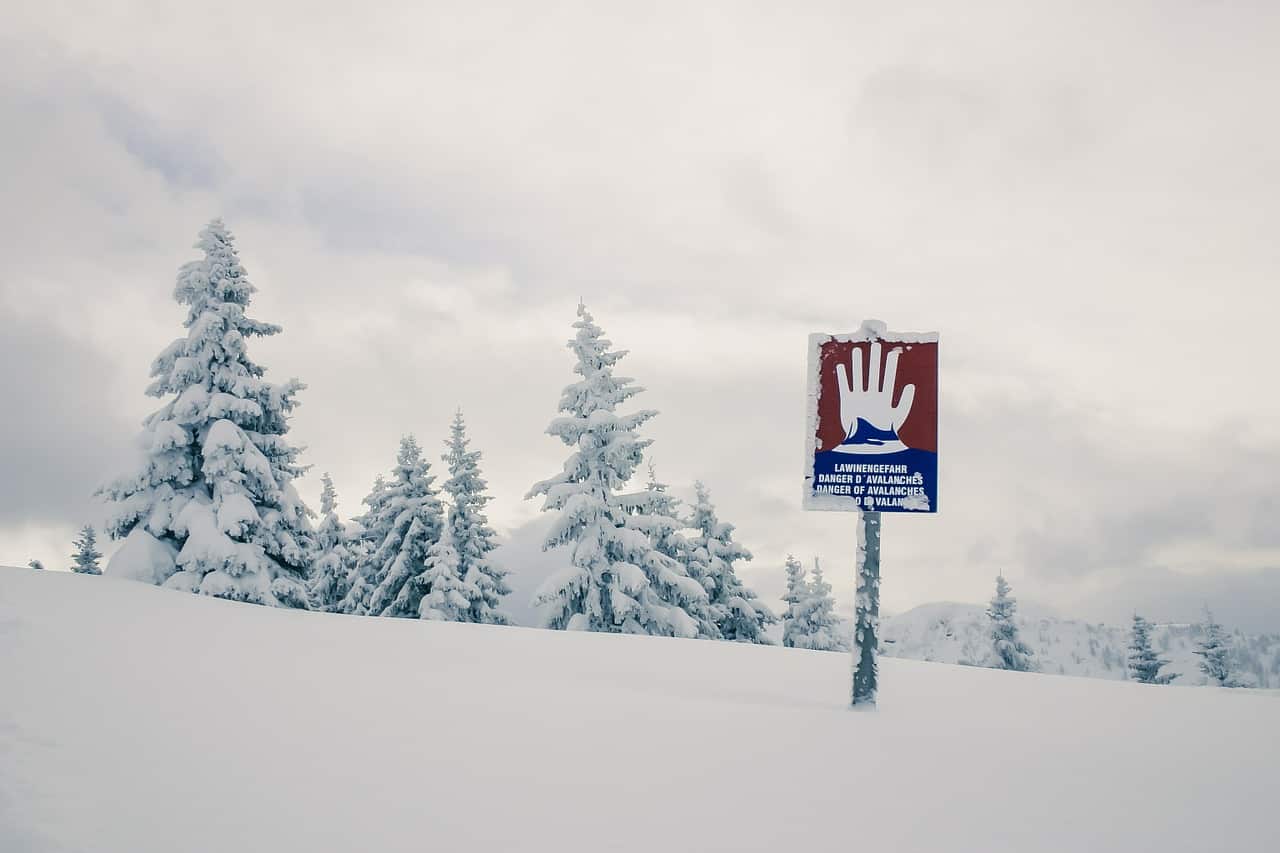 The scene of skiers struggling to outrun an avalanche seems like something taken right out of a Bond movie. The truth is most of us have never faced an avalanche, especially while skiing. However, there have been reports of avalanches overtaking popular ski resorts. What causes these avalanches?

Skiing is one of the many triggers that can, in fact, start an avalanche. Unfortunately, on average, 28 people die in avalanches every year in the US. The majority of the time, these deaths are caused by an avalanche that the victim himself triggered.

Now before these statistics scare you away from the snow-covered slopes, remember that while skiers can cause avalanches and people do die in them every year, the chances of that happening to you are very slim.

About 15 million people in the US ski each winter while less than 30 die in an avalanche. When you take into consideration that there’s a 1 in 103 chance of you dying in a car accident, the avalanche statistic is pretty low. I doubt any of you are going to stop riding in cars now, so don’t let avalanches keep you away from the ski hill.

When we understand how these avalanches are triggered, we can lower the risk of being caught in one and being seriously injured or killed. There are also precautions we can take to protect ourselves in the case we do get caught in an avalanche.

There are several categories of avalanches, and while each starts a little differently, they all tend to leave a path of destruction behind them.

Typically avalanches start when a long stretch of snowfalls away from the mountain in one giant slab. It is hard to know when exactly the snow will get too heavy and will break off the mountain.

But if the slope is steeper than a 30-degree grade, the chances of an avalanche increase. Gravity takes over in these instances, and there is no stopping the destruction. The layer of snow on a slope can only hold so much weight before it falls, and some layers of snow are weaker than others. So when an unsuspecting skier crosses these layers, the extra weight can trigger the slab of snow to move, and once it starts, there’s no stopping it.

There are other kinds of avalanches that we could inadvertently trigger. A more damaging avalanche is caused by layers of snow that form deep slabs. Slab avalanches are responsible for most ski-related deaths.  These snow layers could be up to two meters thick.

These layers melt and refreeze to each other until they suddenly detach and fall. They leave behind wide, clear cutouts on the mountain as they wipe out all the trees and wildlife in their path.

Avalanches can be caused by temperatures warming up in the spring as well as rainfall, making the snow too heavy to stay on the mountainside. Anytime a skier puts weight on these weak layers of snow, the chances of starting an avalanche are high.

See Also:  How to Safely Ski Down a Slope That Has a Horizontal Angle? Fall Line

How To Avoid Getting Caught in an Avalanche While Skiing

Ski patrol pays very close attention to weather conditions and takes into consideration how the weather could increase the potential of an avalanche. This begins long before the mountain officially opens for the season so they can track the snowpack all winter long.

By carefully tracking the temperature, snowfall, and even wind, patrollers can estimate what parts of the mountain are at the most risk of a possible avalanche.

As the resort opens and skiers and snowboarders alike are enjoying the terrain, ski patrol’s job becomes more intense. They regularly monitor changes in the terrain as well as purposely trigger avalanches when the mountain is empty. By using explosives, they can start up avalanches to get them out of the way in a sense before a skier comes along and triggers it unexpectedly.

If patrollers see that and area isn’t getting a lot of ski traffic, they will close those runs if it is snowing hard that day. Ski traffic helps compact snow to decrease the chances of an avalanche.

What You Should Watch For

Although avalanches are, for the most part, unpredictable, there are a few things we can keep our eyes out to avoid triggering a slide.

Because most avalanches take place shortly after a snowfall, be careful to avoid areas where a hefty amount of snow has recently fallen without continuous ski traffic. Unfortunately, the freshest snow is the most satisfying to ski on. However, it is recommended that you wait at least 48 hours before venturing into virgin snow.

If a slope has a 30 to 45-degree angle, the chances of triggering an avalanche are much higher. Avoid traveling across or directly below slopes at this angle. The slope’s curve should also be observed as convex curves tend to be more unstable.

3. Learn From the Trees

Barren hills with only new timbers starting to form are a clear sign of past avalanches, as are trees that are missing branches on the uphill side. Search for heavily forested slopes with plenty of mature trees and ski on or below them.

If you get caught in a spot that leaves you no choice but to cross a steep slope with avalanche potential, move carefully, one person at a time on the highest possible point you can.

What To Do If You’re Caught In an Avalanche

Out skiing an avalanche even if it’s a small one is next to impossible. The reason is that most avalanches occur in backcountry areas where the terrain is unpredictable, making skiing fast enough to outrun it nearly impossible. So if you get caught in an avalanche, what should you do so you have the best chance of surviving?

See Also:  6 Common Signs of a Bad Skier? How To Ski Better

If you are the cause of an avalanche, you can try to jump above the fault line before getting caught in its path altogether. If you are well below the start of the avalanche, rather than head straight down the hill, ski perpendicular to the slide, so you don’t get caught in the most dangerous part, the middle.

For smaller avalanches, large trees or boulders won’t get taken out. If the avalanche isn’t major, grab onto something solid such as a tree or boulder to balance yourself and avoid getting swept away.

3. Stay Above the Snow

If you do have the unfortunate experience of getting caught in the avalanche, don’t stop moving. It is recommended that you kick and swing your arms in a swimming motion to keep from getting pulled below the surface. If you all you can do is violently thrash your arms around, it will still help you not to sink.

Getting buried in the snow is a lot less dangerous if the rescue team can quickly find you. Sticking one arm up, if at all possible, will help them to spot you faster and increase your chances of surviving.

Most avalanche-caused deaths are results of suffocation. If you happen to get buried in the snow, try creating space in the snow with your hands. Before getting buried, cover your mouth with your hand to create an air pocket. Then try digging an area out around your face.

The Closterphobic situation an avalanche leaves you in can make this especially difficult. Just remember that if you panic, your window of survival will shorten quickly since panicking will cause you to breathe faster. Soon your tiny space will be filled with carbon dioxide, and the rescue team won’t find you in time.

The risk of avalanches shouldn’t discourage you from skiing. However, knowing how avalanches are triggered and what areas are most susceptible to an avalanche can help you make smart decisions and lessen the likelihood of getting caught in one. Look for warning signs, respect restrictions set by ski patrol, and have a game plan in case of any unexpected terrain changes.

If you’re heading into an avalanche risk area or heavy snowfall it’s wise to have your own avalanche beacon.

Another danger when skiing is tree wells – you can learn more about avoiding these. P.S Is skiing dangerous? 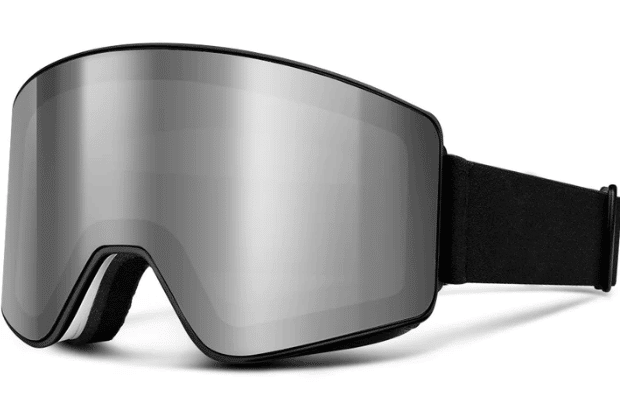 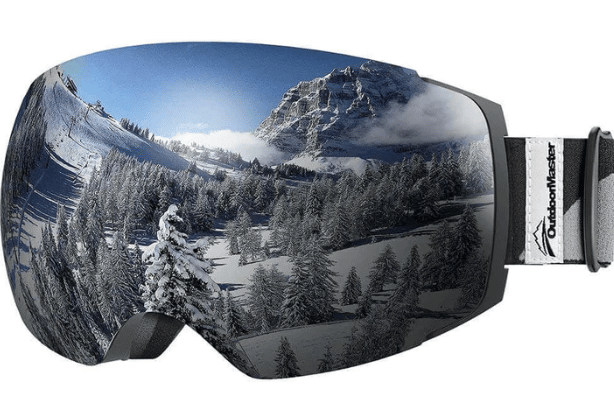