Are Skiers Faster Than Snowboarders? 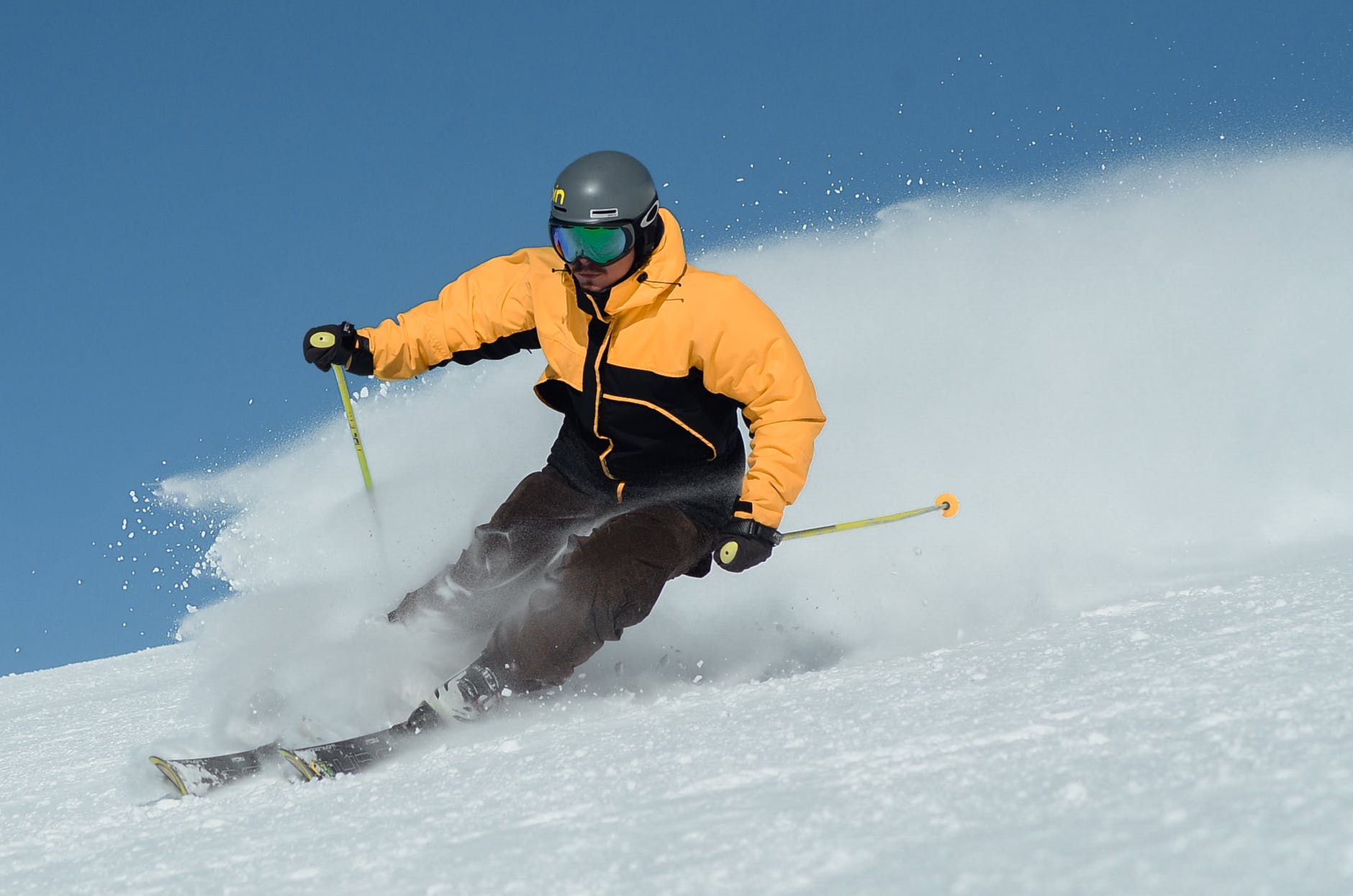 Speed is of the essence and we all want more of it when on the slopes. There are so many variables when it comes to speed, and the argument about who is faster is endless. When it comes to equipment though, there are some precise answers that we will dive into in this article, and reveal the theoretical speed-test winners.

That old chestnut of speed on the snow comes up time and again. Are skiers faster than snowboarders, or do snowboarders manufacture more speed with their techniques than skiers could hope to achieve? The answer is that skiers are faster by 20%, with the top speed ever recorded on a ski coming in at 250kph, while the top speed recorded on a snowboard is 200kph. If we want to discuss which sport is cooler, then we can have a lively conversation!

The Basics Of Biomechanics

To understand how to define speed, and how certain elements control speed and govern it, we first need to understand biomechanics. It is a term that describes the actual mechanics of a living, breathing body and of the forces that govern its movement whether they be the exertion of muscles, and the pull of gravity on the physical form.

Personality On The Slopes

The other important aspect of biomechanics that plays a part in different speed is the personal style, fitness and size of the rider, whether on skis or a snowboard. Different sizes effects resistance and friction, and specific skill levels affect smoothness and flow, all crucial elements of the speed dynamic. We will explain more about this later, but you will find that those riders who are fit tend to go faster, and small, strong riders are always the fastest on the slopes.

Biomechanics will always play the most prominent part in speed on the slopes, while the actual equipment is somewhat secondary. The unspoken and sometimes spoken rivalry between the two schools always get the most attention towards the end of the season, when much of the initial excitement of hitting the slopes wears off.

Speed In A Straight Line

Common sense would tell us that the most natural way of finding the fastest discipline would be to a race, much like a car drag or a 100-metre sprint. This format has worked effectively many times before, and when done, it clearly shows that a pair of skis are faster than a single snowboard.

In these races, the skier always comes out on tops, and the top speed on a ski has been recorded at 157 mph, while the high speed on a snowboard only comes in at 126 mph. This result is from a race on open snow, in a straight line, with no impediments.

As we all know though, this is not how it works in nature, and if you were to put those same to people on a tricky slope with obstacles and different heights and variance in elevation, the snowboarder could very quickly come out on top. Certain terrain conditions will favour the board rider and others that will support the skier.

Wind resistance will also play a part, and it is the skier who crouches into a very efficient position to be absolutely the least resistant to the wind and drag. The snowboard cannot get into the same space due to the setting of snowboard bindings. The skier can get his or her feet alongside each other. What this means is that he or she can bend at the knee into quite a compressed position. The snowboarder’s legs are further apart, and cannot be adjusted, and the snowboarder cannot get into a similarly small position. On wind drag alone, the skier wins.

See also  How Common Are Skiing Accidents? What's The Chance Of Getting Injured Skiing

There is many a skill in creating speed, and with all board sports, it is the most skilled that can create the most speed. In skateboarding and surfing it is all about rail-to-rail movements, while in snowboarding and skiing, the more rail movements mean more friction.

There are people out there who believe that a snowboard turn looks way more relaxed than a ski turn. This ideology is subjective, and it means that the person in question has a board riding background. To a boardrider, whether it be surfing snowboarding, wakeboarding or skateboarding, a carving turn with loads of style is always going to look cool, and nothing could beat it for aesthetics.

Skiing, however, gets the win for speed.when it comes to highly skilled riders, it’s all about the turns, and this is where speed starts to differentiate: snowboarders must put all their weight on a single surface or edge, whereas skiers can divide the load. This extra edge results in faster ski speeds, and with skiers getting a distinctive edge over the snowboarders. The added balance and even distribution make skiers faster. They also travel further after a jump.

A Rush Of Speed To The Head

When you start on the slopes, your main objective is to cut down the speed. You realise that by turning hard off your skis, you can come to a stop, or by leaning into a sharp heel side turn you can cut off speed on your snowboard. When things get too fast or just out of control, you can wipe out and sit down.

It’s Always Going To Be Fast.

The point is, when you get started in either sport, every ride is going to feel fast and scary, and this feeling takes a long time to go away. It might be a few seasons before you are competent enough to go hard own the most challenging slopes and it might be a further few seasons before you are skilled enough to need more of a challenge and need to find more speed in the backcountry.

Until then, all rides are going to feel fast, and every day out on the slopes is going to be exciting. It’s always going to feel quick, and there will never really be a reason to go faster than someone else because you’re only really competing with yourself on the slopes.

If you’re skilled at snowboarding you could probably beat a similarly skilled skier on a timed downhill run, but it a bit pointless. Skiing and snowboarding are both like surfing, and the best surfer is always the one having the most fun. A final comment is that skiers have a distinct advantage over snowboards because they have sticks. Sometimes the mountain has the nerve to even out, and if a snowboarder doesn’t have enough speed or momentum, he is going to get stuck. Skiers never get stuck on the flats. They have sticks, and if they need to, they can walk their skis, while snowboarders are often ignominiously stuck, and no one wants that.