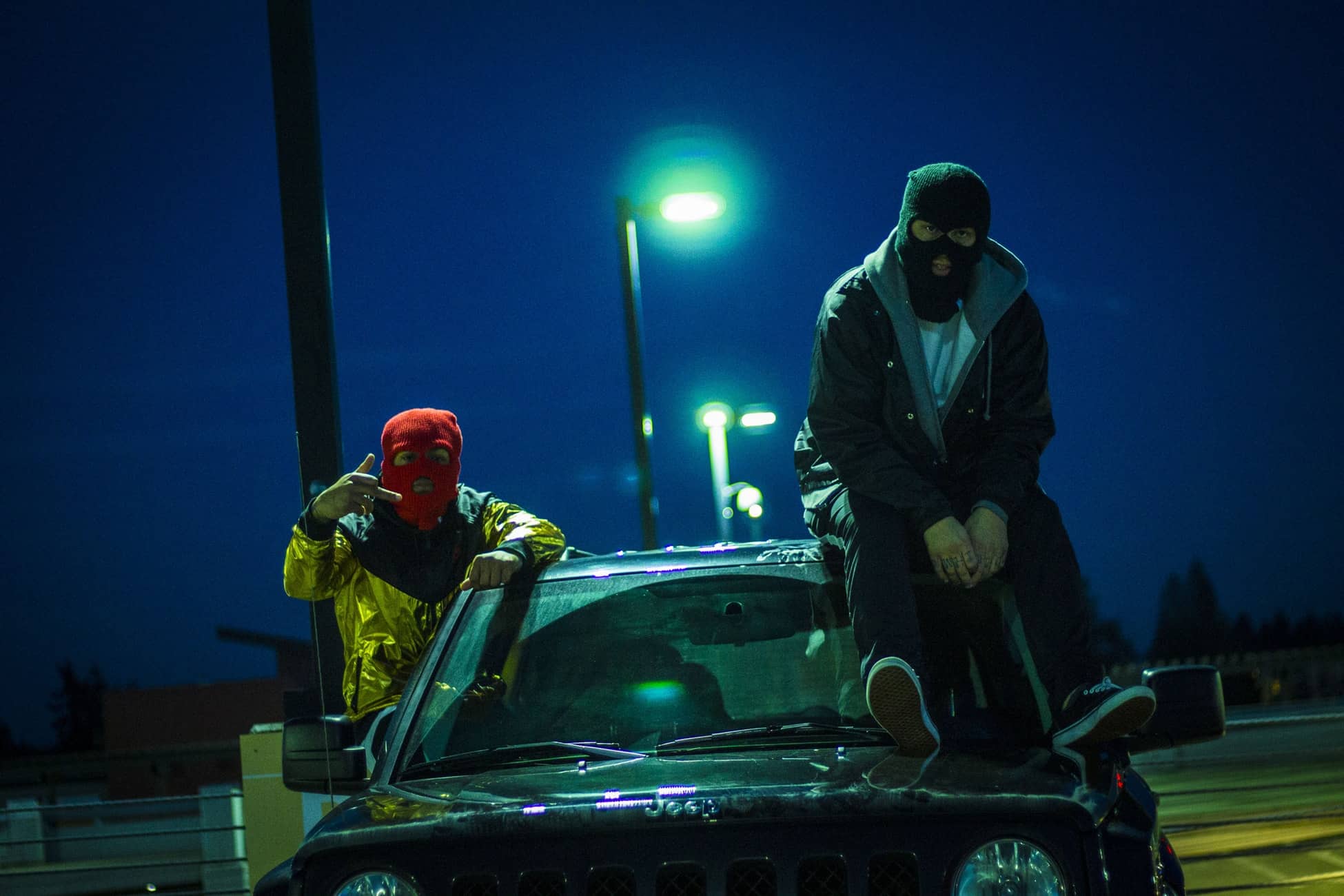 It’s not uncommon to see skiers and snowboarders donning full-face ski masks both on the chairlifts and the slopes. If you ski, you probably own a ski mask yourself or at least a version of a ski mask. In fact, it is recommended that you wear a face mask while participating in snow sports.

In most states and many countries it is illegal to wear a ski mask in public and in specific circumstances. This is due to anti-mask laws – designed to prevent criminals from concealing their face when committing crime. The reasons and restrictions vary from each jurisdiction. For example, in Washington D.C., only protesters are banned from wearing ski masks after 10 PM. Other states like Michigan and Massachusetts have made wearing masks illegal only when committing a crime.

Where is it Illegal to Wear Ski Masks?

If you’re wondering if wearing a ski mask on a cold day will get you in trouble or not, it’s a good idea to be familiar with the mask laws in your state.

Being familiar with the particulars of your state’s mask law is the best way to stay out of trouble in case you’re thinking of bundling up a little too tight this winter.

The following states have anti-mask laws:

Why Ski Masks Are Illegal Off the Slopes

It is not uncommon for people to want to shield their face from the elements, especially during the winter months. A ski mask is excellent protection against the cold.

However, wearing a ski mask in public is actually against the law in many states. Why?

The problem with wearing a ski mask in public is that it conceals your identity. If you don’t have any bad intentions, then it’s hard to see why the general public cares so much about your face.

The reason that the identity of a person is important is primarily because of crimes and protests. For example, Hong Kong recently enforced an anti-mask law during the 2019 protests. This was because many protesters were vandalizing the city at the time, and authorities could not identify who was to blame for property damage. By hiding their identity, they were able to dodge the consequences of their actions and continued to do further damage.

In the United States, many states have similar laws that outlaw masks because of protests and riots. Other states enforce these laws to discourage criminal activity such as robberies or even hate crimes such as those committed by the Klu Klux Klan. The specifics of each state’s anti-mask laws are based on the problems common to each area.

The Consequences of Wearing a Ski Mask in Public

If you choose to wear a ski mask off the slopes, make sure you are aware of your state’s laws. If you are caught wearing a ski mask in certain states, you could face up to a year in prison in some cases or have to pay a fine of $500 or more.

Other Occasions for Ski Masks

Ski masks the same protection throughout the population that they give to skiers. For example, many areas in the United States experience extreme wind chills in the winter. These may reach well below zero degrees causing discomfort, dryness, and even frostbite to skin.

If you work outside during the winter months or you’re just experiencing an unusually cold day while running errands, a ski mask might make your day much not only more comfortable, but safer.

Many parents even require their children to wear ski masks when they are outside enjoying winter activities such as sledding or playing in the snow.

Benefits of Wearing a Ski Mask

The harsh winter wind can significantly damage the skin on your face. You will feel the effects of cold wind even more so when you are skiing. It can also cause the surface of the skin to shed over time. Ski masks can shelter your skin from the icy breeze and prevent it from turning blue or rosy red.

Neck warmers and a hat/helmet combo do a similar job, but typically don’t cover as much surface as an all-in-one ski mask.

Ski masks can also protect you from the sun. Just because it’s wintertime doesn’t mean you don’t need to worry about the sun. Snow can even make the effects of the sun worse because of the harsh reflection it causes.

Some ski masks are even designed to cover your eyes. These offer even greater protection against the sun’s harmful rays or blinding wind and snowfall. Many skiers claim that masks of this style help them see variations in the snowmaking it easier to hit the jumps you want and avoid the ones you don’t.

Ski masks have many benefits both to your comfort and health on and off the ski hill. However, if the state that you’re in has anti-mask laws, it’s best to save your ski mask for the slopes. The best thing that you can do is be aware of your local laws so as not to commit a crime or cause panic within your community unwittingly.