What Are The Different Skiing Events at the Olympics? (From Ski Jumping To Cross-Country) 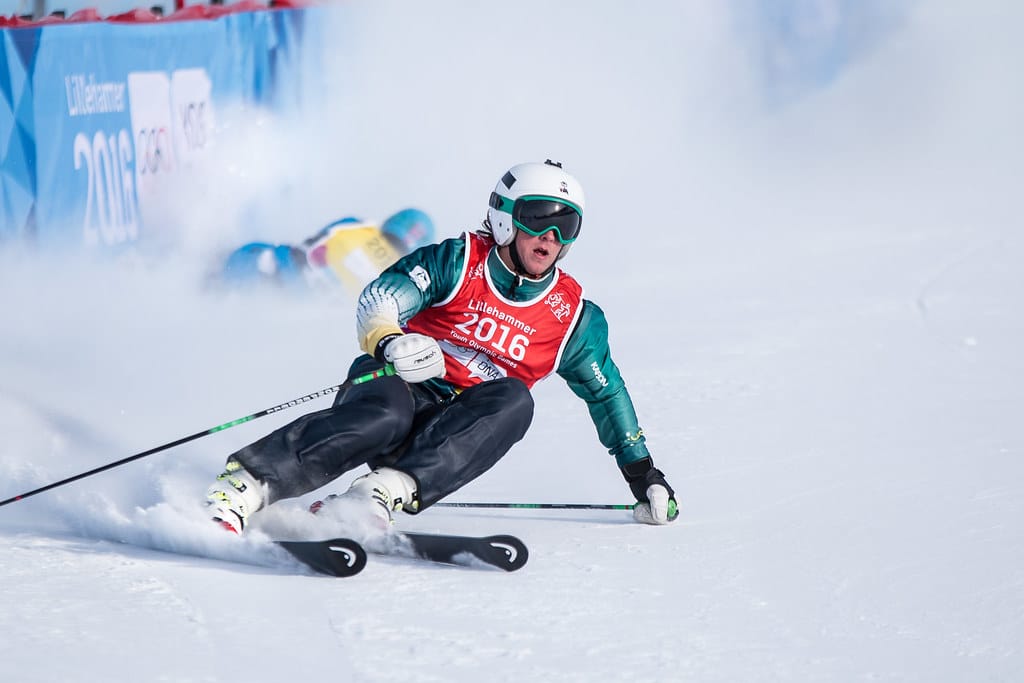 The Winter Olympics is one of the biggest snow sports events in the world. The competition is so large that there are several different events just for skiing, but what are they all?

The Winter Olympics has several ski events. Racing is the most common event, found in alpine, cross-country, freestyle, and Nordic combined skiing. There are also point-based events found in freestyle and ski jumping.

Whether you like massive jumps, extreme air, or classic slalom racing – there’s a skiing discipline that appeals to everyone.

Alpine, or downhill skiing, is what comes to mind for most people when they think of skiing. It consists of athletes skiing downhill in a number of different timed events.  These events are broken down into technical and speed skiing.

All three slalom events focus on technical skiing, racing from one checkpoint to the next through tight cornering. Giant and Super G slalom up the stakes with larger and faster course layouts.

The Downhill event focuses on racing down the course as fast as possible. This is the fastest form of skiing in the Olympics, where athletes reach incredible speeds.  The combined event is, of course, a combination of Downhill and Slalom.

This was created to determine the skills of the best all-around skier competing.  Alpine skiing is one of the purest forms of skiing, replicated by recreational skiers across the globe.

The biathlon event is unique in the Winter Olympics. The event finds athletes cross-country skiing in a group race, but then there’s an interesting twist.  The athletes are required to fire their rifles at several targets throughout the course.

Key takeaway: There are five different events under the heading of biathlon: sprint, pursuit, individual, mass start, and mixed relay.

Biathlon athletes are highly skilled and incredibly fit. Cross-country skiing is hard enough without racing against others and then there’s the precision required to hit the target, making it an incredibly difficult sport.

Biathlon originated from the survival skills that Scandanavians used to hunt and survive in freezing cold conditions. Skiing is one of the best ways to traverse snow, while hunting was a necessity to gather food.

The combination might seem a bit strange, but when you understand the history it makes a lot more sense. During wartime military groups in colder climates are often trained in ski warfare. In fact, military skiing was present in both World War I and World War II.

Cross-country skiing is the oldest form of skiing. Before skiing became a sport or a hobby for enthusiasts, it was a regular means of travel for people living in snow-covered regions.  Cross-country events consist of skiers racing across challenging and varied terrain. There are five cross-country disciplines held at the Winter Olympics.

The skiathlon features a 15 km and 30 km race for women and men respectively.  Then there are the sprint races, which are by far the tensest and most exciting versions of cross-country skiing. These races pit athletes against each other over a short 1.5 km course.

There is even a form of marathon cross-country skiing. The mass start-free race consists of a 50 km and 30 km race for men and women respectively.  Finally, there are cross-country relay races where athletes complete four circuits in teams of four men or women.

These events vary considerably with some classed as races and others based more on skill and technique. The common theme among them is that the athletes ski across various features in terrain parks.

Some events are in a race format, while others are score based. The mogul and ski cross events are races between skiers, while the point-based events see Olympians scored by a panel of judges.

Their points are based on their speed, flair, and the difficulty of their tricks while soaring above the course.

The event is then subdivided into men’s and women’s individual teams. There is also a mixed-team event that was added in 2022.

Jumpers win by landing as close as they can to their designated K-point. The K point is the point on the slope, where the gradient starts to flatten out.

Jumpers are also marked on their boldness, style, stability, and their landing. Jumpers can reach incredible distances, with the world record being a monumental 253.5 meters!

These events are highly technical as athletes are not allowed to pump their skis to increase speed. All of their momenta comes from gravity and their initial push off the starting block.

See Also:  How to Ski with Feet Together? (Why Closer is NOT Better)

This means all of the distance they gather is a result of their technique. The skier’s weight, technique, and even aerodynamics all play a huge role! All of the events are truly remarkable, making it no small wonder why it’s the second most viewed Winter Olympic sport.

Similar to the biathlon events, the Nordic combined sees athletes completing two events in one. Skiers have to complete a ski jump, followed by a cross-country race.

There are several different race lengths and hill height combinations for athletes to compete in. Like the ski jumping event, there is both a normal hill and a large hill event. As for the races, they range from the women’s 5 km to the men’s 15 km, which is the longest format.

You might be wondering how skiers go from ski jumps straight into cross-country racing, and rightly so. The two events are held separately and the scores from each are combined.

Skiers jump individually in order to determine their starting position in the group race later. The farther you jump, the better your starting position.  Unfortunately, Nordic combined doesn’t attract much of a following in Winter Olympic sports, despite being one of the very first sports included.

While technically not a skiing event, snowboarding is often grouped into the same group of sports.

Key takeaway: Snowboarding is one of the newest sports to join the Winter Olympics, which is unsurprising considering how long it has taken for the sport to be fully accepted by skiers.

In fact, even now there are still some ski resorts that haven’t caught up with the times. Snowboarding events crossover from the most popular events that skiers have. These include the parallel slalom, giant parallel slalom, half-pipe, slopestyle, and snowboard cross.

These events are identical to their skiing counterparts, of course, with the distinction that athletes are on a snowboard rather than skis.  The biggest difference is that the parallel slalom and giant parallel slalom consist of a head-to-head race between two snowboarders.

The Olympics is Special

Currently, there is everything from Nordic combined skiing to freestyle snowboarding. The majority of the events use a race format, but as freestyle skiing becomes more prominent, the Winter Olympics have included various point-based events for skill. 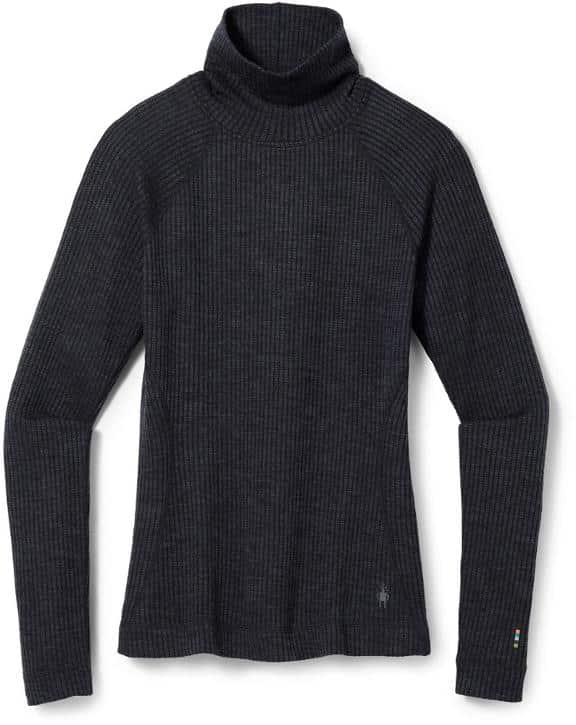 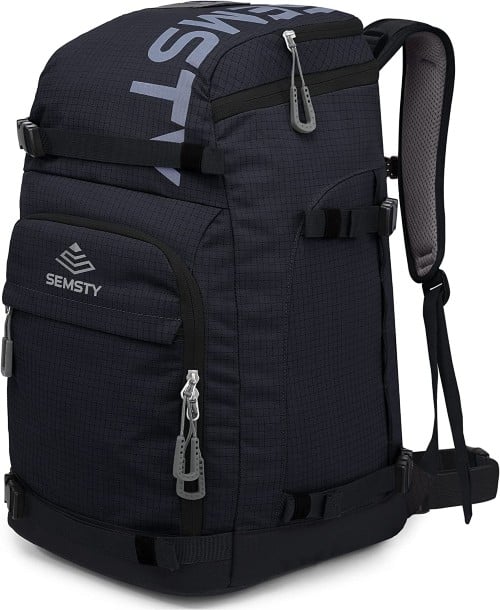 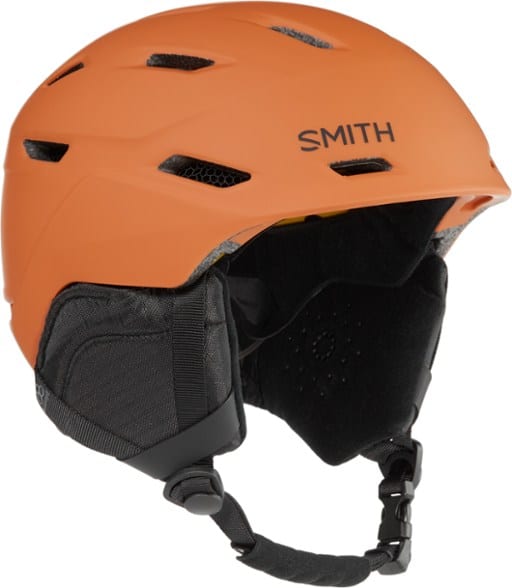